Willmott Dixon lay the foundations for their national final run

Willmott Dixon lay the foundations for their national final run.

Business Fives Leeds debut was a roaring success with the help of headline sponsors Infinity Works in the Yorkshire sun.

17 companies took part as they made their bid for the 5 qualifying places at the National final which returns to Leeds at the start of October.

The companies’ combined to raise over £1,000 for charity and it was nip and tuck for the top fundraiser award with Verona Group raising £305 for Cancer Research UK and the Tenet Group raising £310 for their chosen cause the Candlelighter Trust. The Business Fives summer season charity total has crept over the £10,000 mark as a result as the events edge ever closer to their £100,000 milestone.

The players were treated to a post-match debrief and Q & A with Leeds United legend Tony Dorigo who shared his thoughts on the season ahead as well as some rather funny memories from his illustrious playing career with England and Leeds.

He had the tough job of picking a man of the match in the final torn between 3 players he eventually singled out Curtis Turner from champions, Willmott Dixon.

IT Consultants and Technologists, Infinity Works impressed early on topping their group with 3 wins from their opening 3 games on their way to the Champions League section quarter-final final and Consultant Toby Moore who was on hand to present out the prizes said “We had a fantastic time with business fives, a really well ran tournament that was a pleasure to be a part of! Such a great way to raise money for charity whilst simultaneously team building and meeting some great local businesses.” 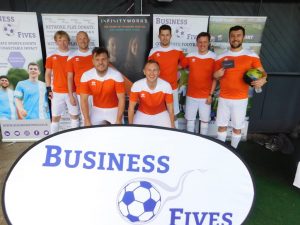 Making their way to the Champions League semi-final stage which successfully secured qualification to the finals were teams from United Gas & Power, the Tenet Group, Willmott Dixon and NewDay.

It was Willmott Dixon and NewDay who played out the final, which was a competitive and tight affair with the construction company winning by a narrow margin thanks to 2 goals from match-winner Curtis Turner, starting there national final run. 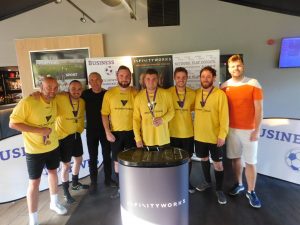 The final qualifying spot up for grabs went to the winners of the Europa League section and the final was contested between the second of two teams from NewDay and Net Premacy Global Services. It was a team effort in the end with the Net Premacy team sharing out the goals as they claimed the title by 4 goals to 1.

The action continues in England on Tuesday in Sunderland before further stops in Merseyside, Sheffield, Hull, Manchester and Birmingham before the national final on Friday 4th October. 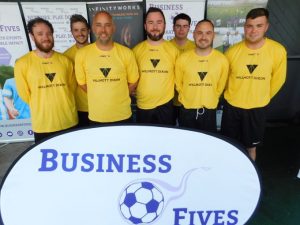 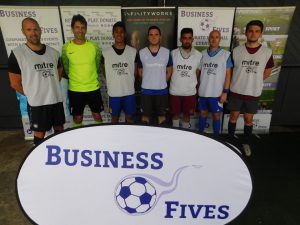 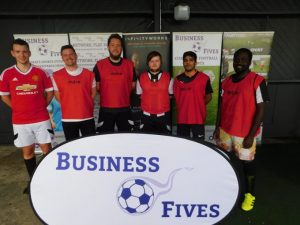 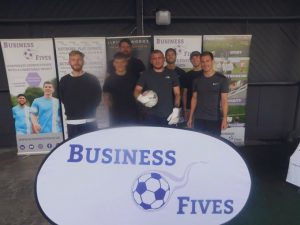 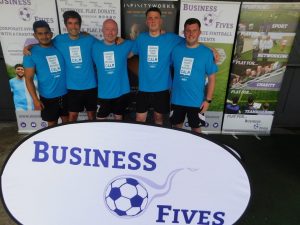 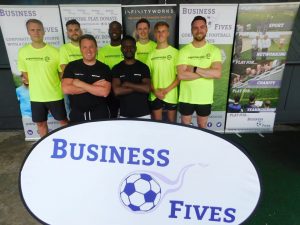 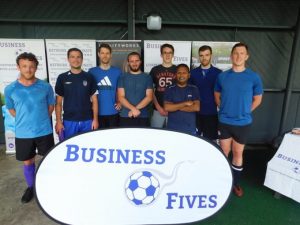 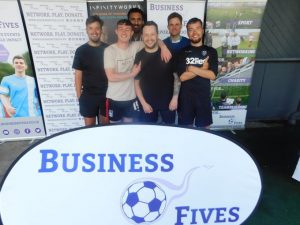 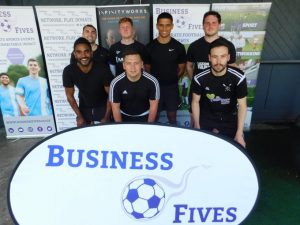 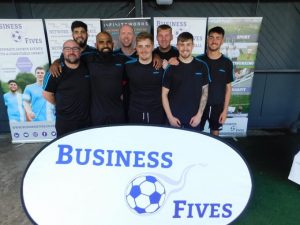 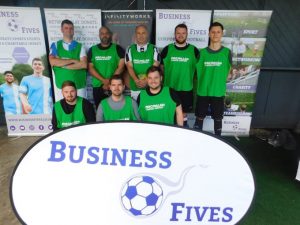 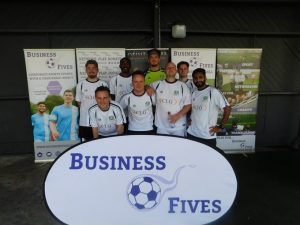 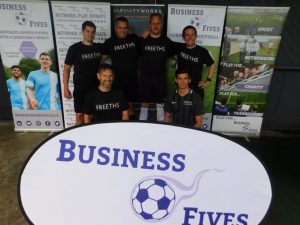 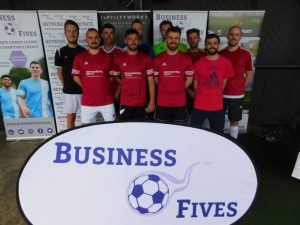 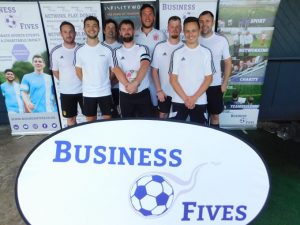