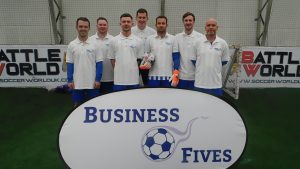 Business Fives Tayside Event returned to the city of Discovery on Thursday with the third of 6 qualifying events ahead of the Scottish national final in Edinburgh at the end of September.

Oil and Gas giants Baker Hughes saw off the competition as they battled back from 3 goals down to Digby Brown in the final to eventually win courtesy of a marathon penalty shootout which neither side wanted to lose.

In the adjacent section the final was played out between the two top fundraisers from the event, Pacson Valves who had raised £500 for Epilepsy Research, and Hutchison Technologies who had raised £290 for MacMillan.  It was Pacson who held their nerve eventually winning 4-3, helped by a standout performance in nets by captain Frank McGraw as well as a hat-trick from tournament top goal scorer Sean Williamson. 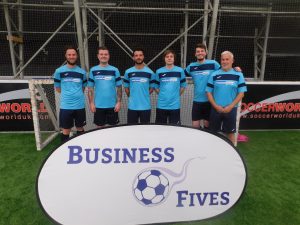 Ambassador and former Scotland shot stopper Rab Douglas was on hand to pick the man of the match in the final and after being impressed by both keepers, who got honourable mentions, he singled out Matthew Keogh from Digby Brown who helped himself to a couple of goals in the final but wasn’t able to save his side from defeat.

The corporate football events are actively trying to encourage female participation and Jodie Ovens from EQ Accountants helped her team to a run to the semi-finals and qualification for Edinburgh in the process.  Jodie picked up the player of the tournament award from Rab Douglas for some skilful performances along the way.

Despite being 1 goal up in the semi-final with just a minute to play EQ couldn’t prevent a late Baker Hughes onslaught who snatched the victory with 2 late goals.

The final qualifying spot went to Hillcrest homes as they made their way to the Champions League semi final courtesy of 2 group wins. 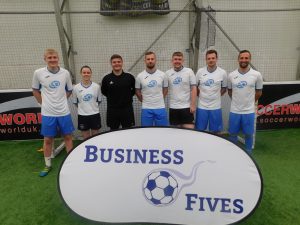 The action continues on Tuesday as the tournament heads south for the England series of events. Business Fives will be making the trip to Sunderland before returning to Aberdeen on Friday 23rd August before the final stops in Scotland, Glasgow and Edinburgh. 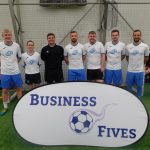 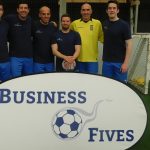 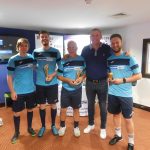 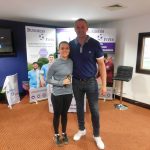 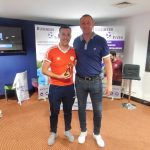 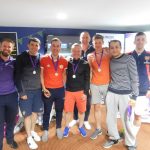 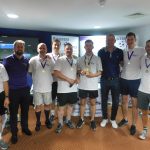 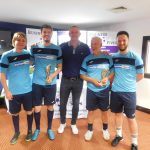 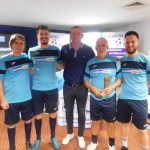 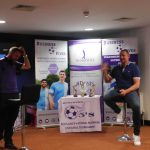 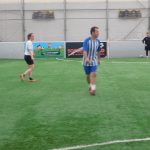 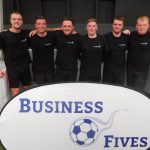 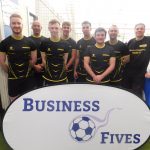 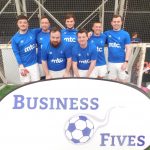 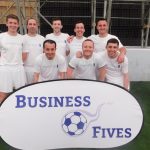 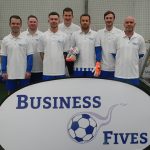 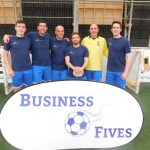 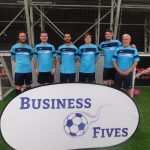 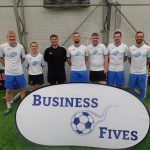