Sunderland shows their generosity with the latest instalment of Business Fives raising over £2,000 for local charities.

As well as fundraising, local businesses made an effort to advance to the National final in Leeds on October 4thwith another 3 qualifying spots up for grabs.

Direct Business Solutions were the winners on and off the pitch as they won the days final as well as being named top fundraisers from the event with their two teams from the company combining to raise an outstanding amount of £1,150 for local causes the Graham Wylie Foundation and the Nicole and Jessica Rich Foundation. The £1,150 that the team raised at the Sunderland event is the highest total raised out of all the Business Fives summer events and sets the bar high for other companies to better. Other notable fundraising efforts came from the OCS team who raised £600 for MacMillan as well as Wirecard raising a total of £225 for MIND. 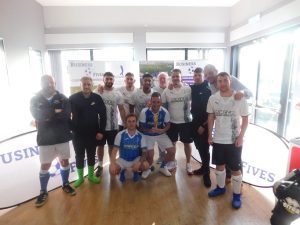 These stellar fundraising efforts from the teams helped Business Fives reach a significant milestone. Since launching in April 2016 there has now been over £100,000 raised for charities across the UK as a result of Business Fives corporate football and golf events.

The players were treated to a post-match debrief and Q & A with Sunderland F.A. Cup winner Micky Horswill who shared his thoughts on the season ahead as well as some funny memories of living with George Best and highlights from his winning 1973 F.A. Cup run.

Micky had the tough job picking a man of the match in the final and finally decided to give the award to the goalkeeper from Direct Business Solutions, Max Hodgson, who made some vital saves to secure the win for his team.

Direct Business Solutions went from zeroes to heroes after finishing bottom of their opening group. They then managed to secure their place in the semi-finals and set up a mouth-watering tie against fellow work colleagues after winning their quarter-final. With bragging rights at stake back in the office the DBS Derby was played out in good spirits if not a little competitive. Eventually, it was the team lead by captain Scott McCarthy that ground out a narrow 1-0 victory to secure a place in the final against Wirecard. 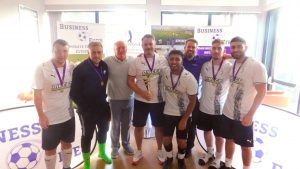 As a result of making it to the final, both teams qualify for our National Final in Leeds. The final itself was a tight affair with both teams scoring early on in their bid for the trophy. The game was separated by some clinical finishing from Direct Business Solutions, Craig Tunstall who got 2 goals and the resilience of aforementioned Max Hodgson which saw them run out 3-1 winners, to the delight of their office counterpart cheering them on.

The final qualifying spot went to the winners of the 3rd place play-off with that being contested between the other Direct Business Solutions team, who had the opportunity of getting 2 teams into the final and Capita. It was Capita who came out on top booking their place in the national final after a comfortable 3-0 victory with Craig Tweddle getting amongst the goals as he finished the tournament as the top goal scorer. 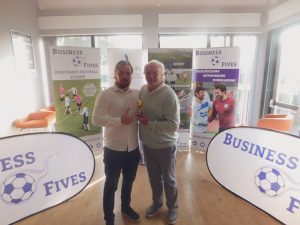 The end of this event marks the halfway stage for our England events and the action continues in England on Tuesday, September 3rdin Sheffield, before further stops in Hull, Manchester and Birmingham before the national final on Friday 4th October in Leeds. 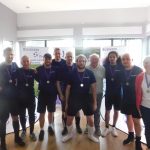 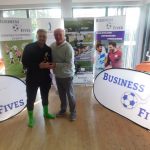 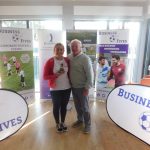 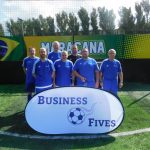 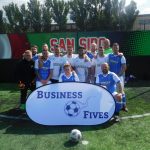 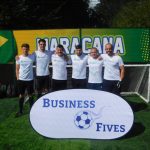 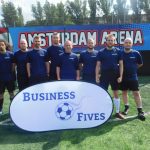 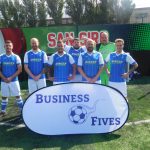 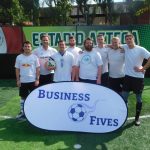 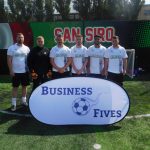 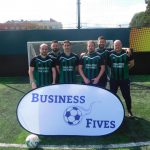 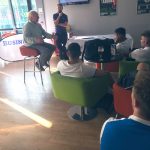 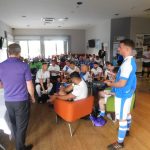