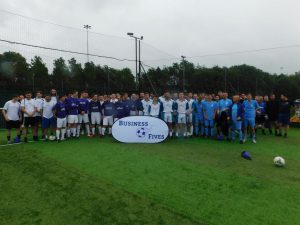 With the rain giving the surface an extra zip the goals were flying in, 212 goals in 42 matches amongst the 17 teams to be exact. Summer returned towards the latter stages of the event where 5 more teams booked their place at the National final after competing in the Business Fives Football Tournament.

The opening group toppers, Scottish Water, Wheatley Group, Mabbett & Associates and Ashurst all set the early pace and eventually qualified courtesy of their quarter final wins. They overcame teams from City of Glasgow College, Succession Group, McLaughlin & Harvey and Mears Group who had all advanced to the knockout stages. 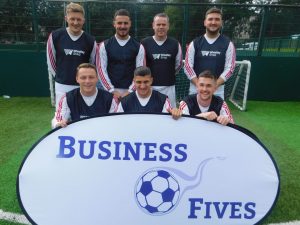 It was the Wheatley Group who walked away with most of the bragging rights after they were named TOP fundraisers courtesy of their £750 total raised for the Wheatley Foundation. They won the overall final with a comfortable 4-1 victory over Mabbet & Associates who were making their debut in the tournament this year.

In the individual stakes Martin Mullaney was singled out as the Man of the Match in the final by the events ambassadors Alex Rae and David Farrell. While Laura Crumlish also from Wheatley was named as the female Player of the Tournament. The final qualifying spot up for grabs went to the winners of the Europa League section and the quarter final line up comprised of teams from Shepherd + Wedderburn, Metis Partners, Gleeds, James Frew, Ashurst, Trident MS, Linear Group and Grand Central Hotel.

It was Ashurst and James Frew who found themselves in the final of that section and after a 4-4 thriller with James Frew levelling with the final kick after Sonny Coll helped himself to 4 goals to finish as the events top goal scorer. 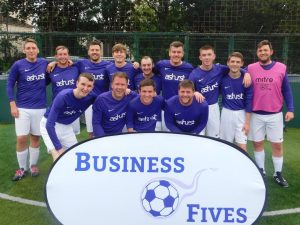 The two sides had to be separated by sudden death penalties and it was the James Frew keeper, a standout performer throughout, who got his side over the line. They will go on to play for Whiteleys Retreat at the national final in Edinburgh on 27th September.

There is a final qualifying event in Edinburgh on Thursday 5th September where 24 teams will bid for their place back at the finals day. 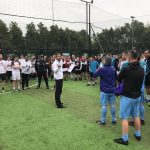 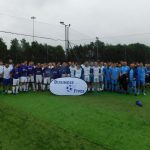 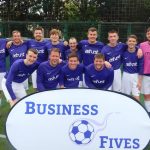 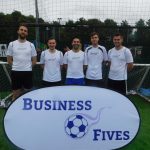 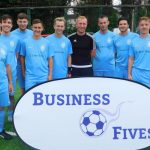 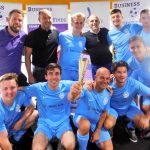 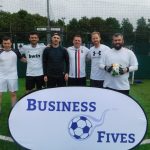 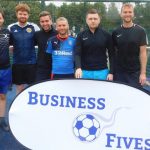 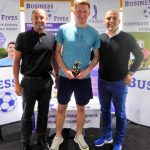 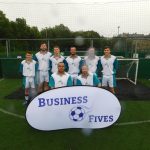 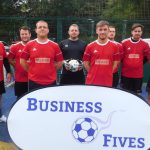 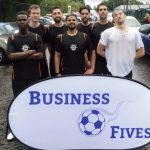 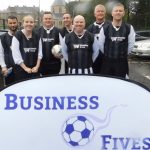 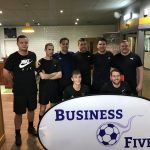 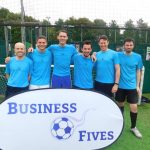 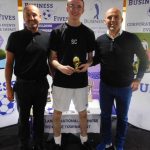 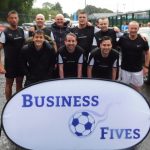 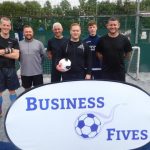 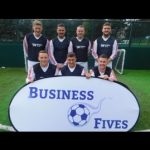 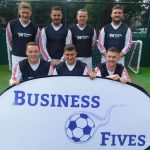