The last stop of the business 5 aside football events in England what’s the Business Fives Birmingham event the in the Midlands.

Teams from the city and the local area were bidding for the last qualifying spots at the final where England’s national business five-a-side champions will be crowned in Leeds on Friday the 4th of October.

Former premier league star Jonathan Greening was on hand to take in the action before he shared stories from his illustrious career which included two European Cup finals, promotions and relegation battles. At the event, the goals were flying in at a rate of over 5 goals per game as the teams found the back of the net 83 times.  Helping himself to 16 of those goals was eventual top goal scorer Bogdan Codorean from Birmingham champions, Executive Resource Group who will go on to play for MacMillan at the national final. Jonathan also singled out Georgia Jones as the ladies player of the tournament from the Europa League winners Tonik Energy.

Tonik Energy faced off against Rimilia for the last qualifying spot in Leeds eventually winning 5-2. Tonik Energy will go on to play for SolarAid while Sigma Financial Group were playing in support of the local Birmingham Children’s Hospital. The prize pot at the national final is expected to be £3,200, so a lot at stake for the 30 companies that have qualified.

Business Fives returns to Birmingham as part of the winter series of events on Thursday 19th March and you can visit the Business Fives website for more details. We look forward to the action at the National final in Leeds before then. 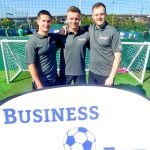 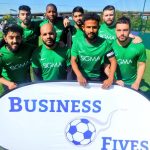 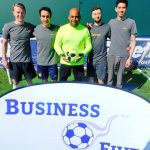 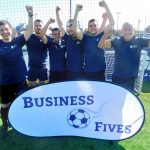 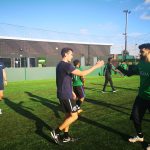 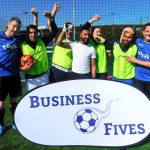 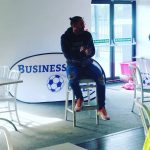 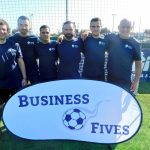 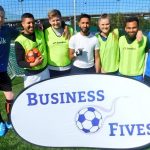 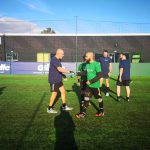 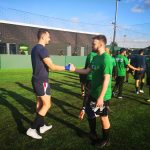 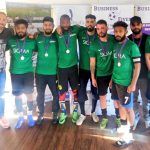 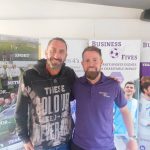