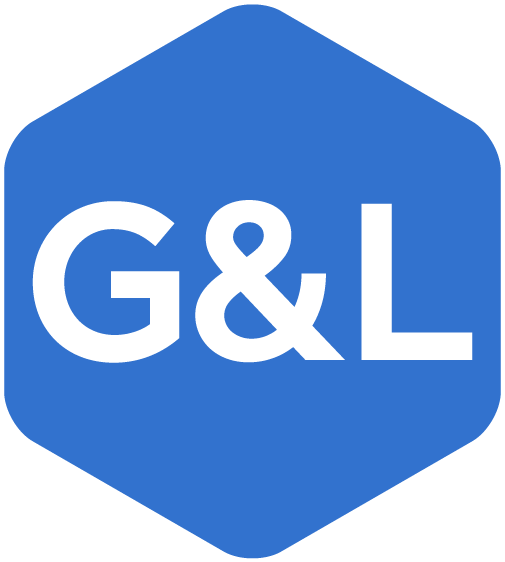 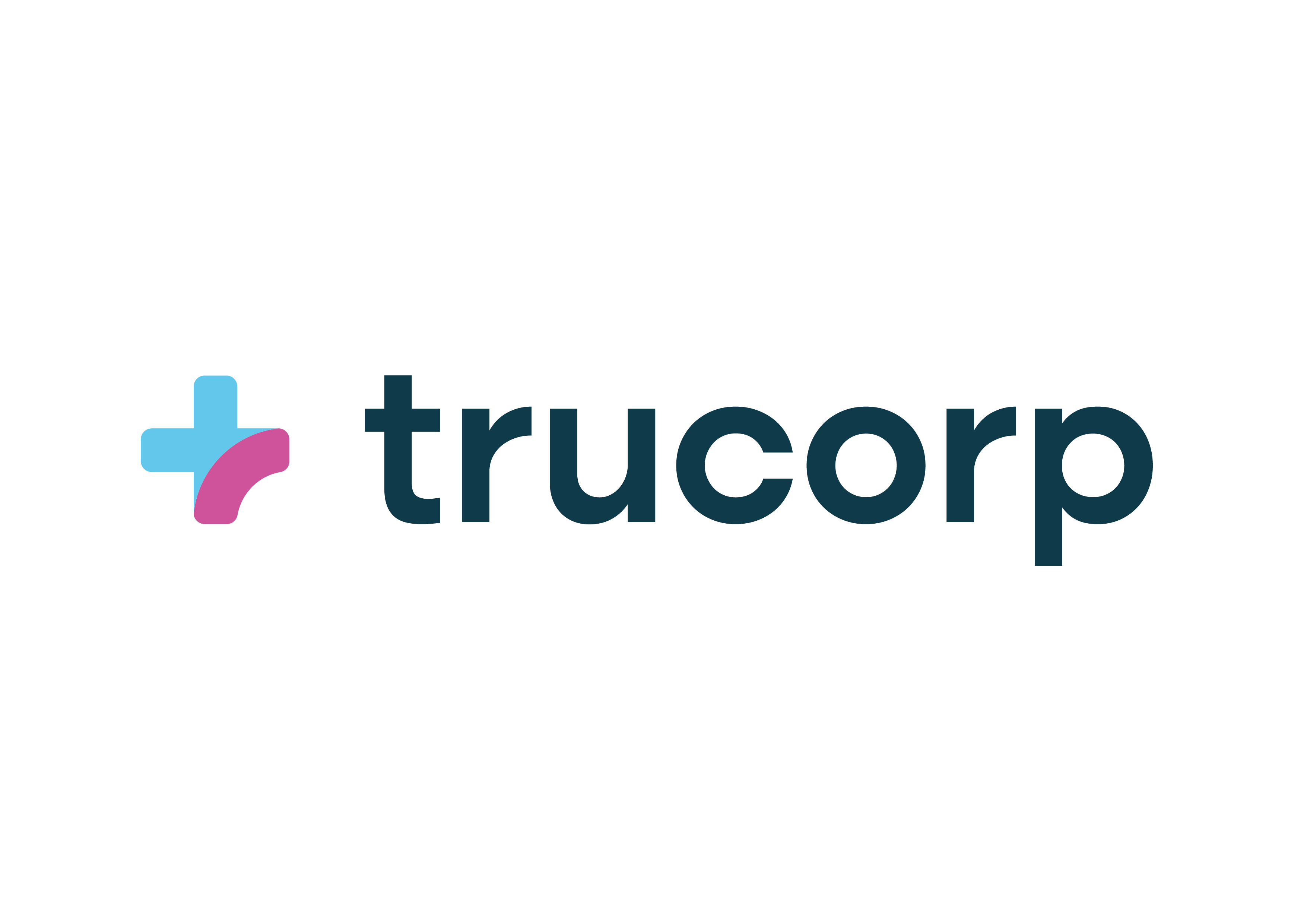 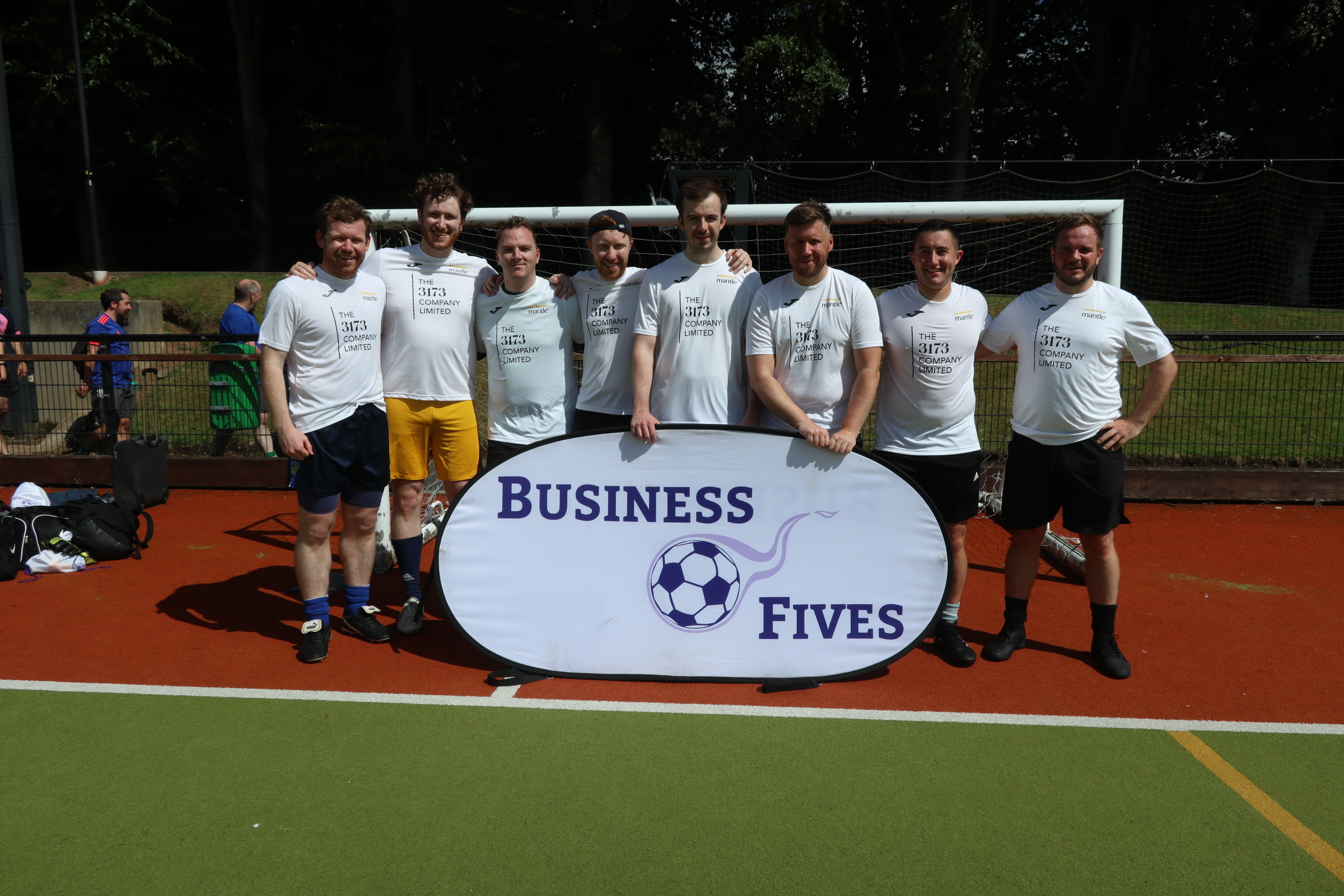 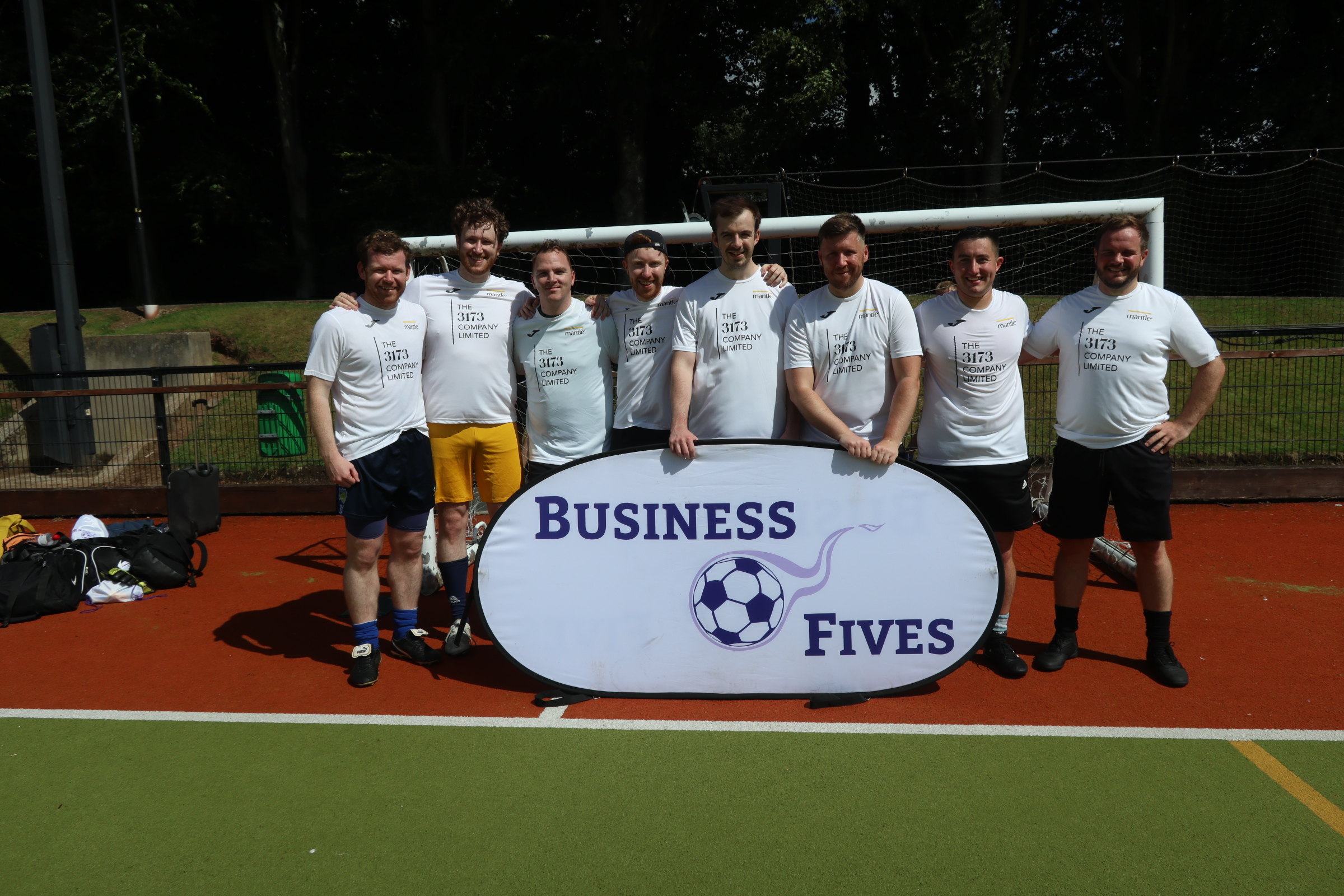 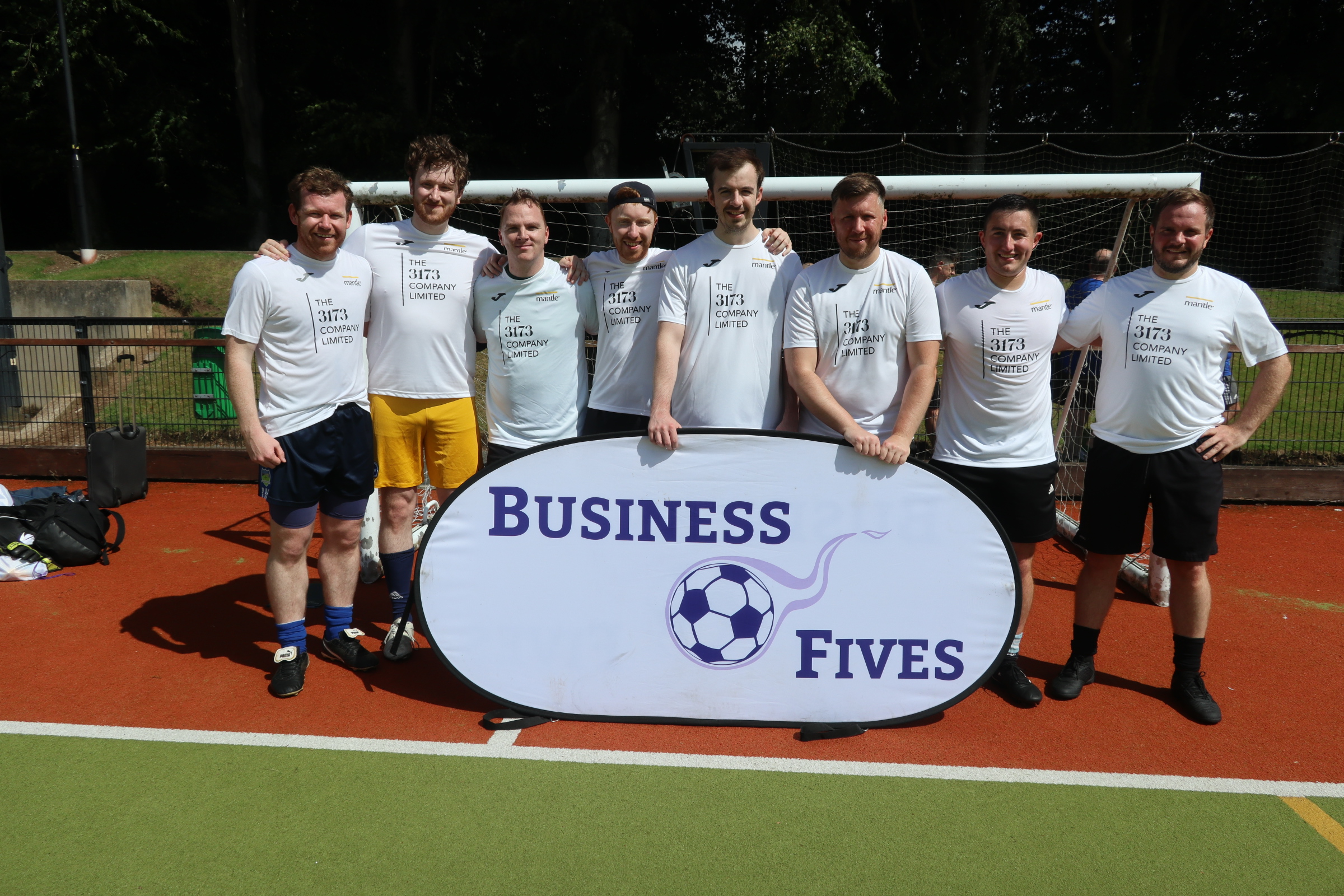 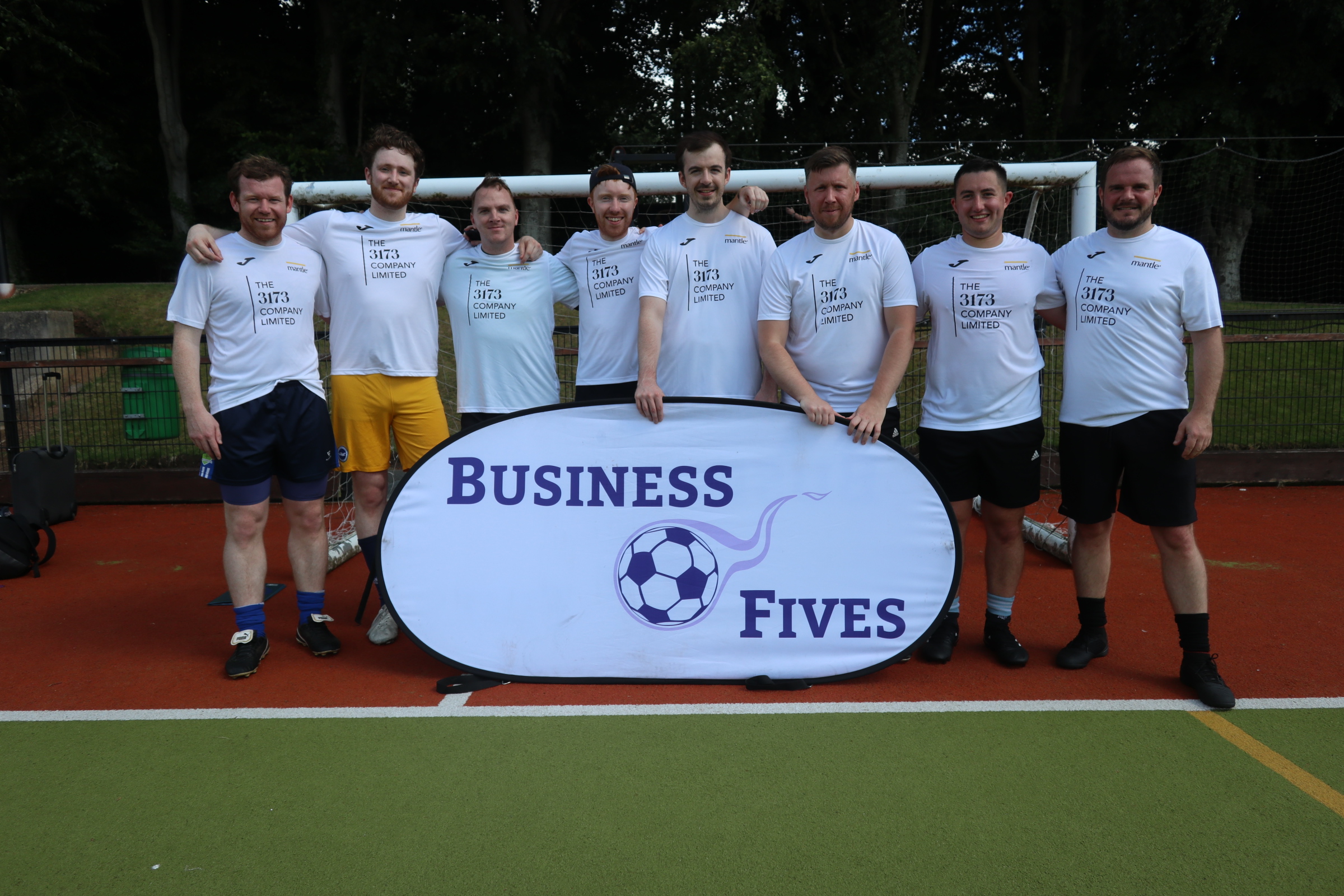 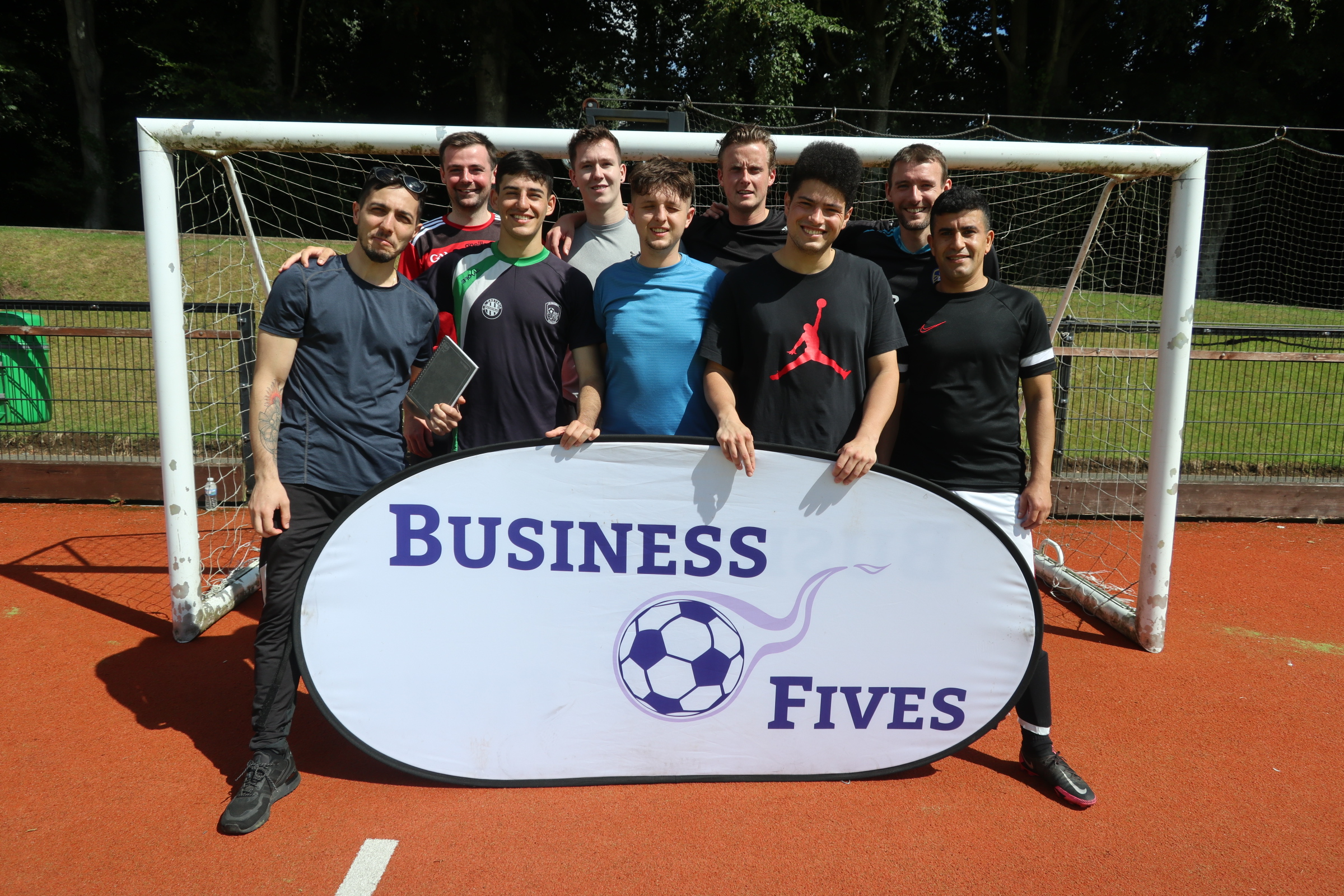 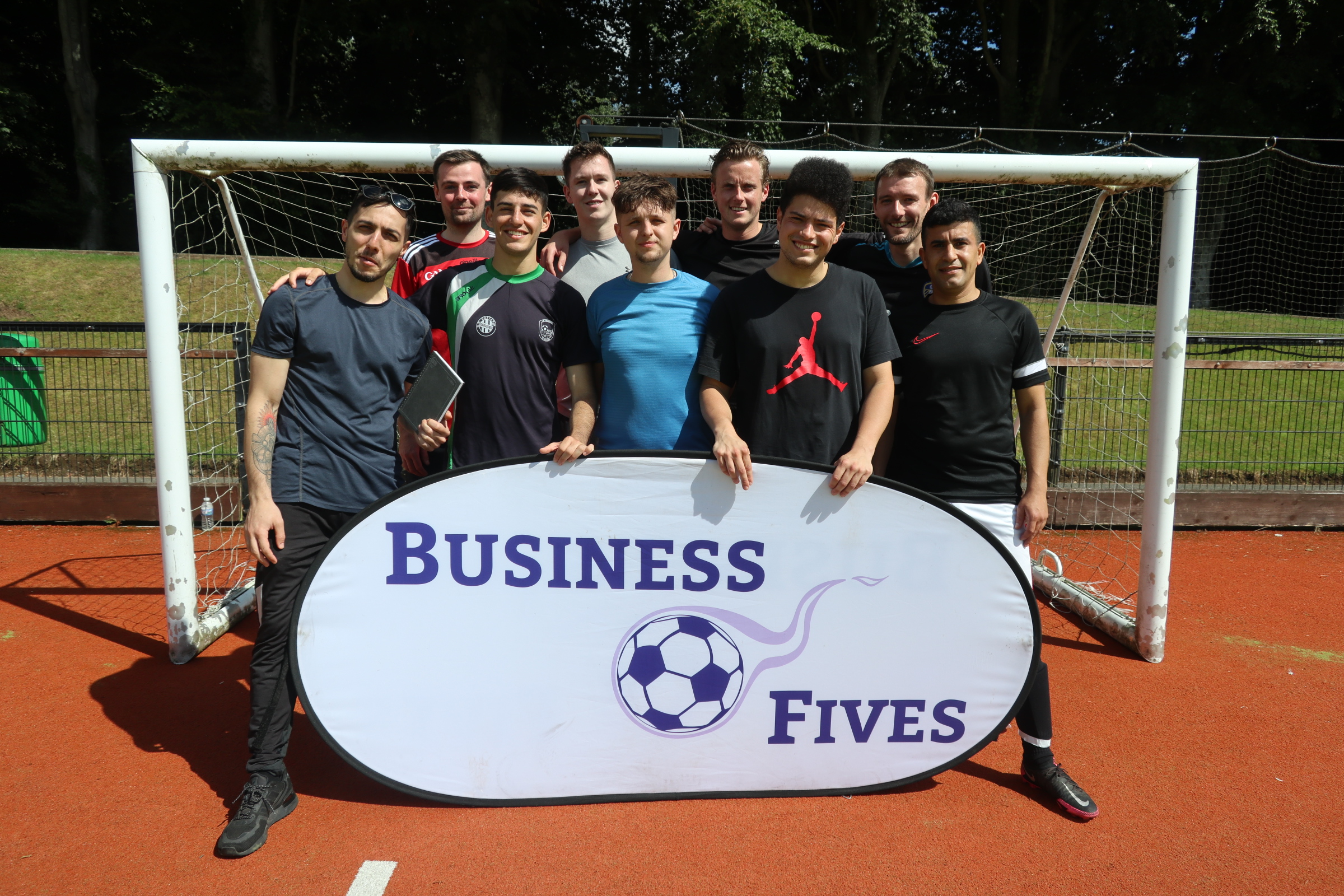 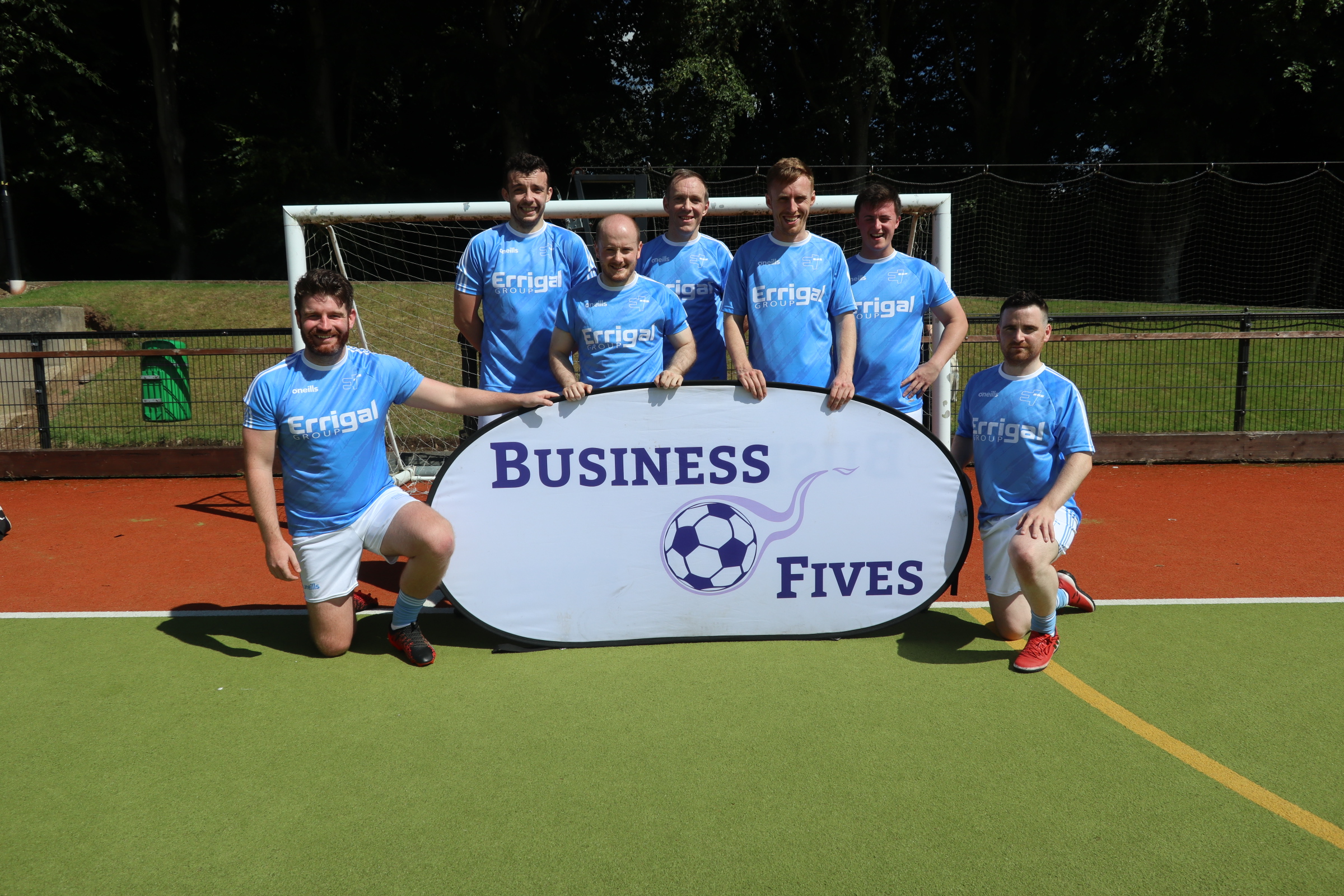 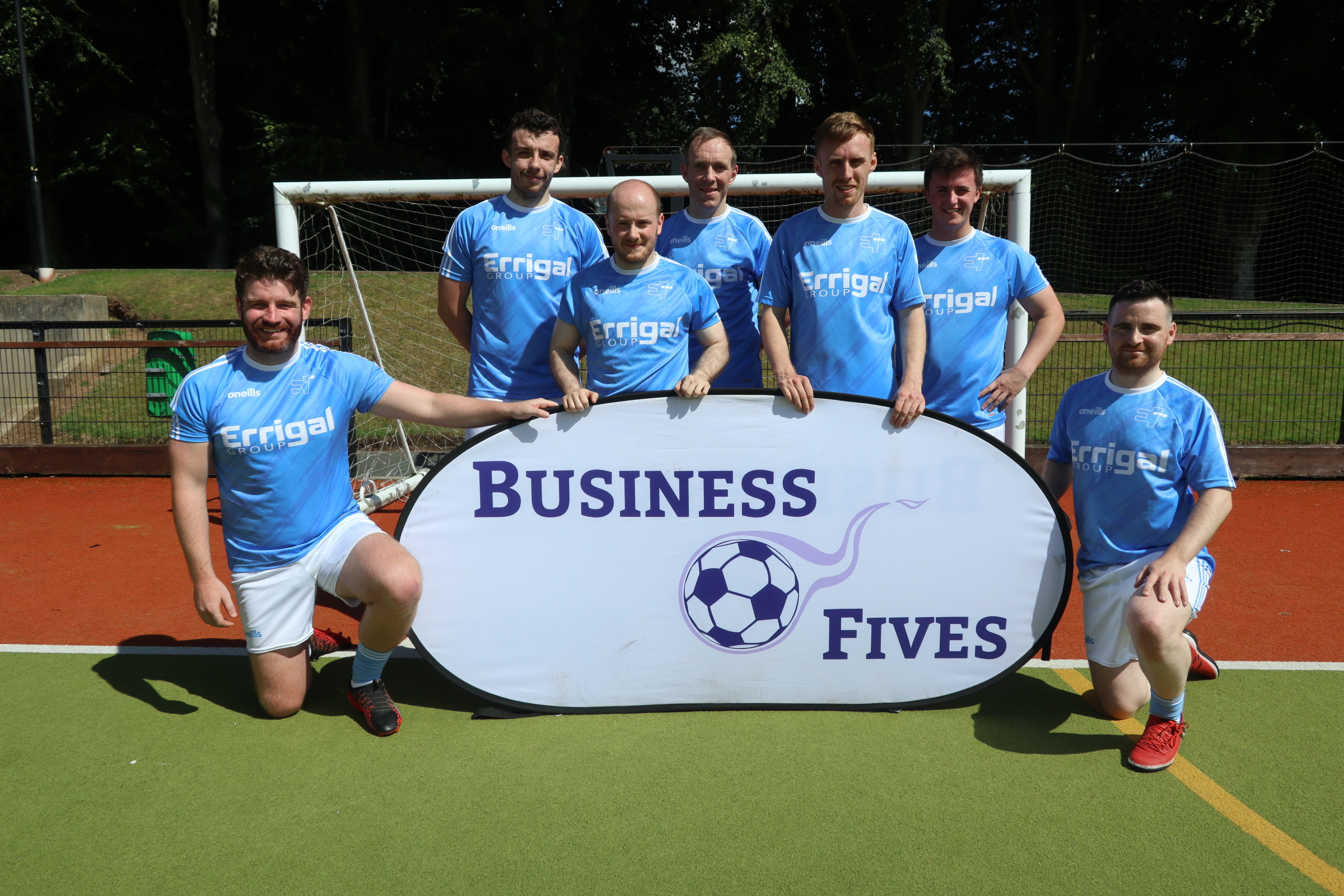 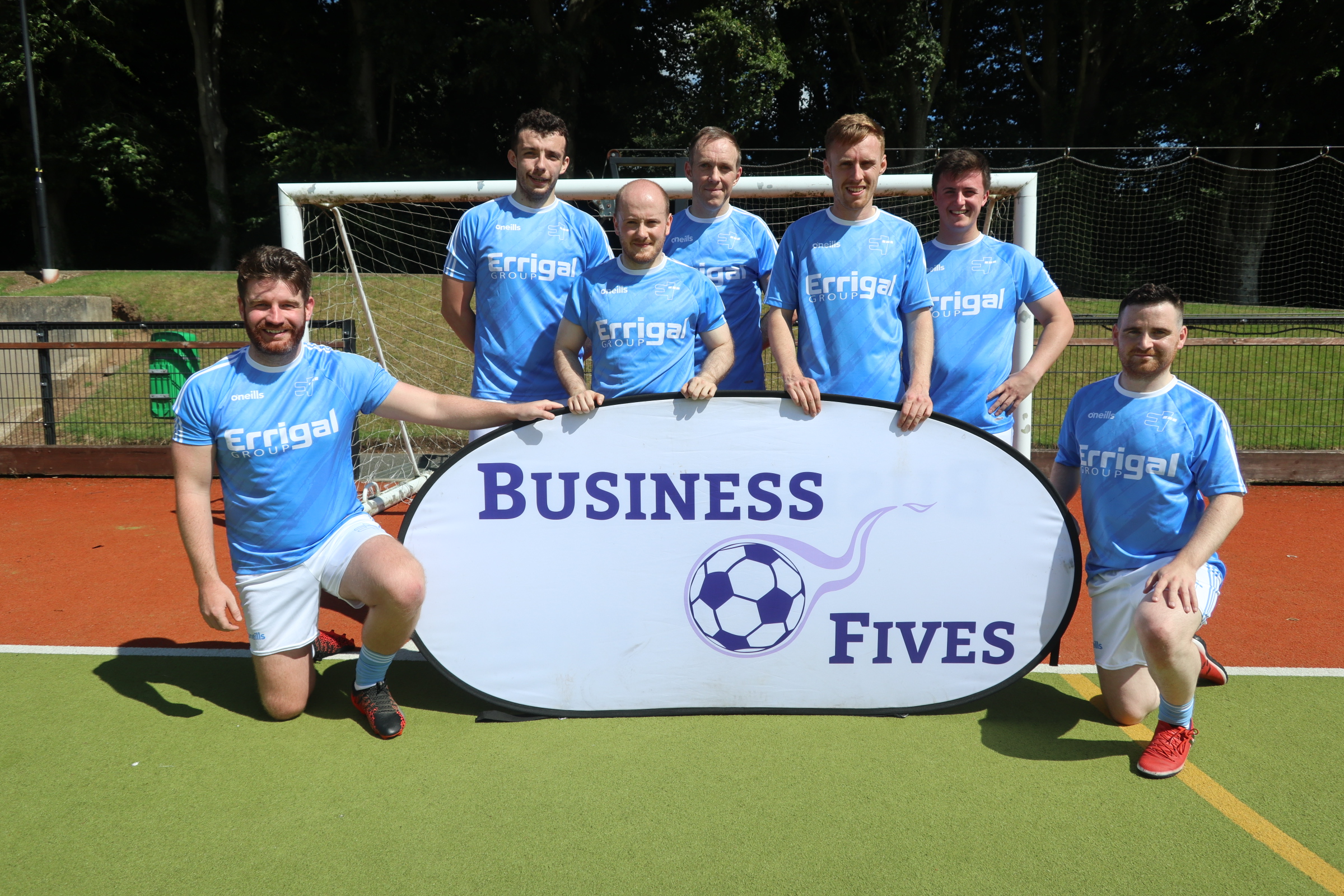 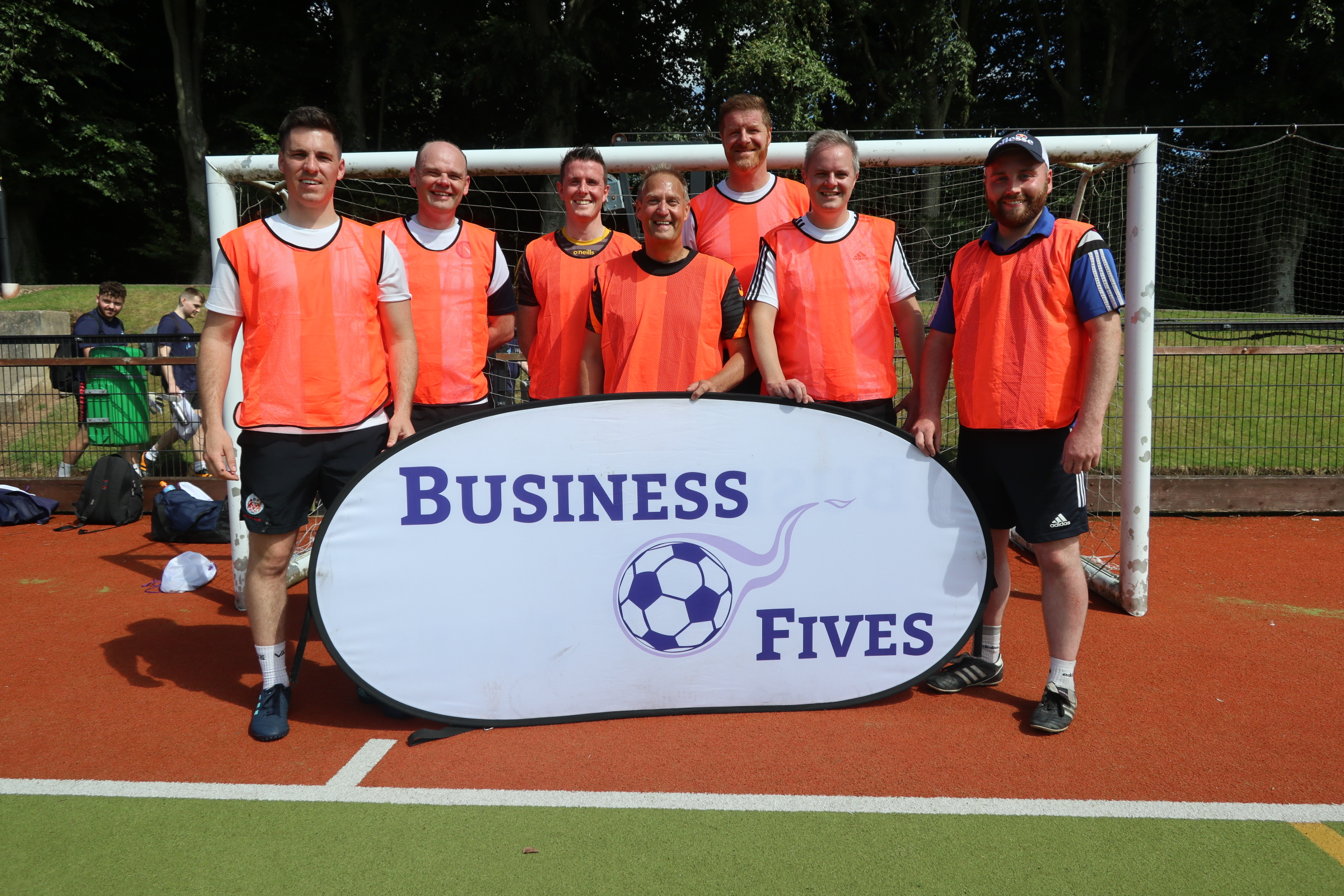 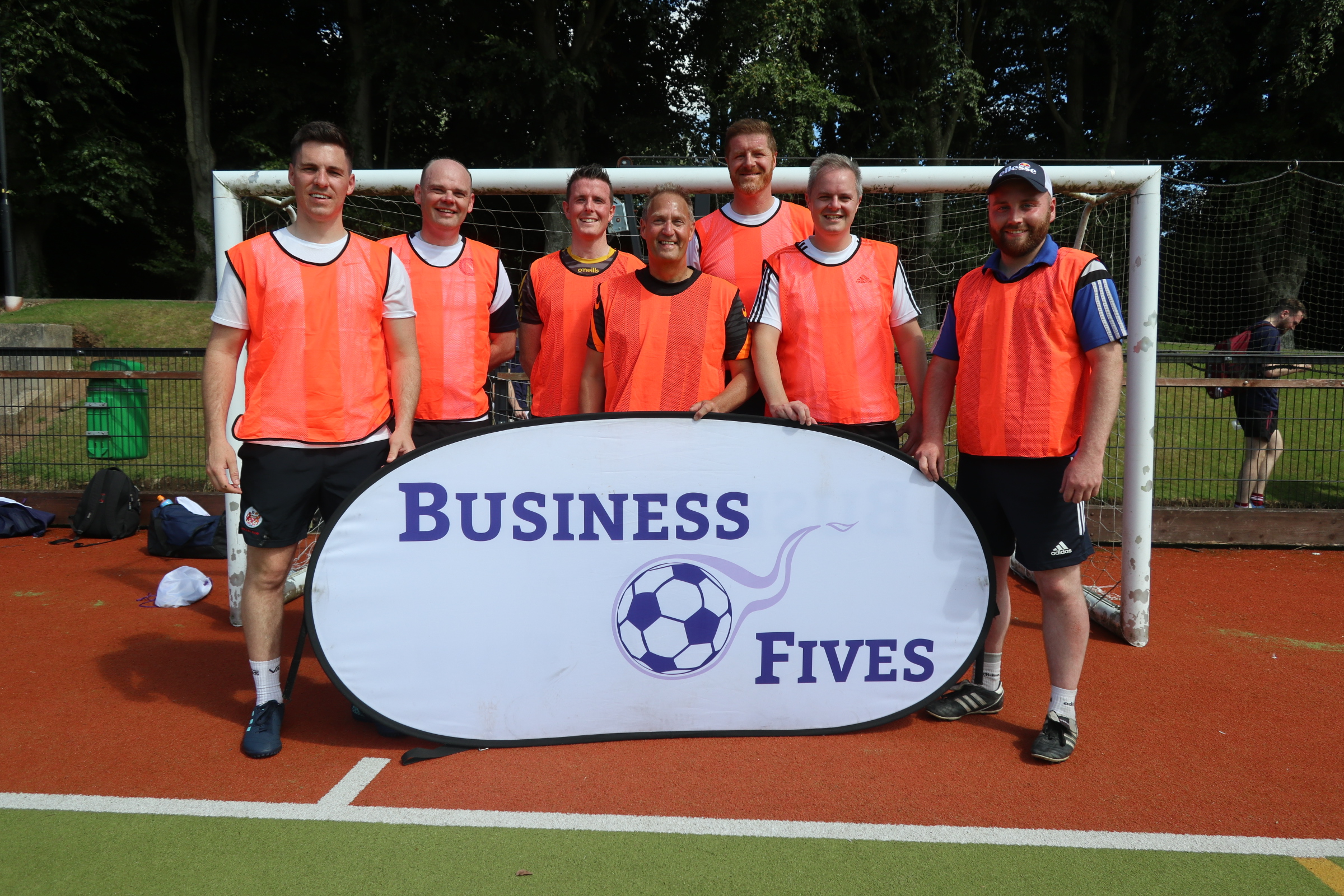 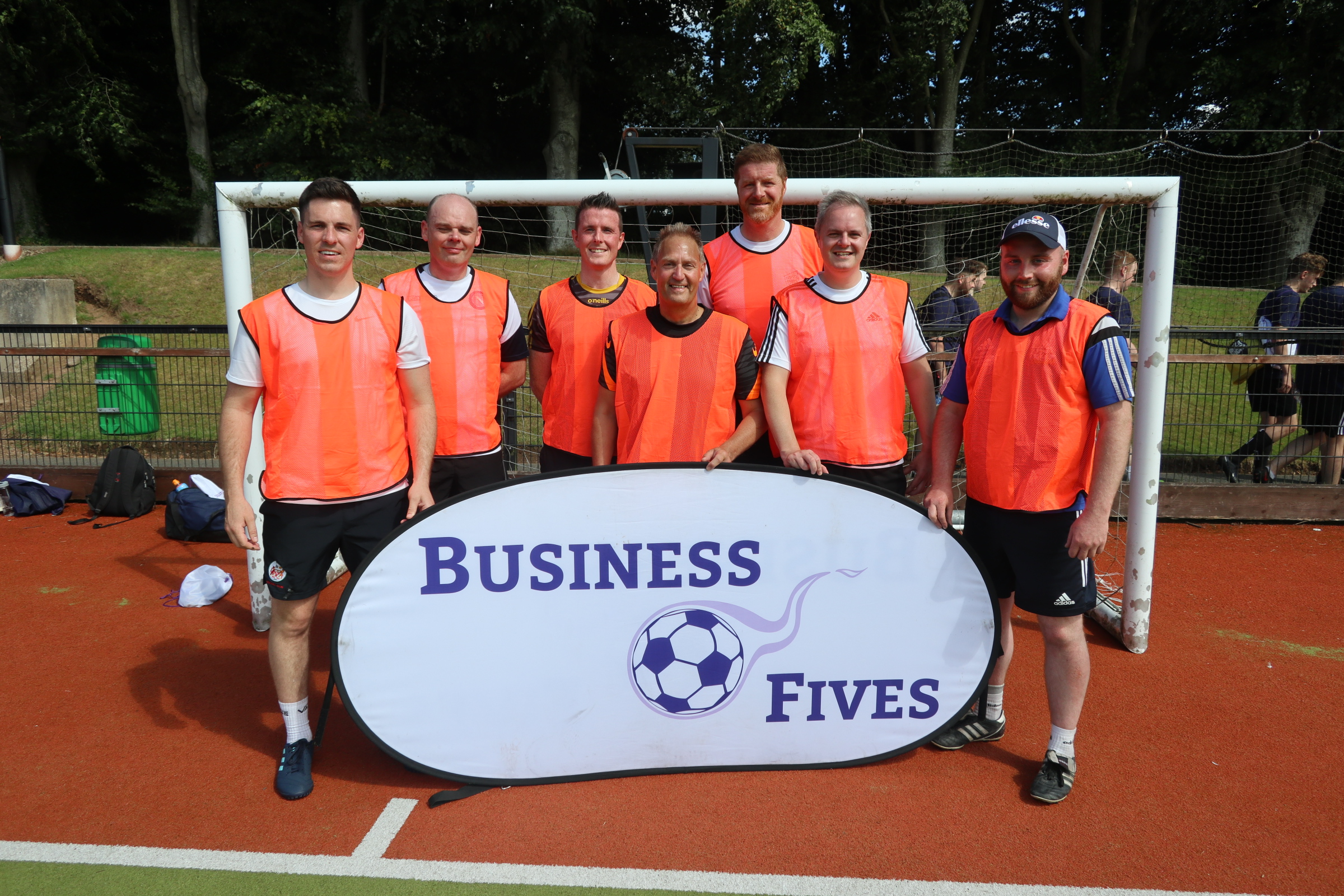 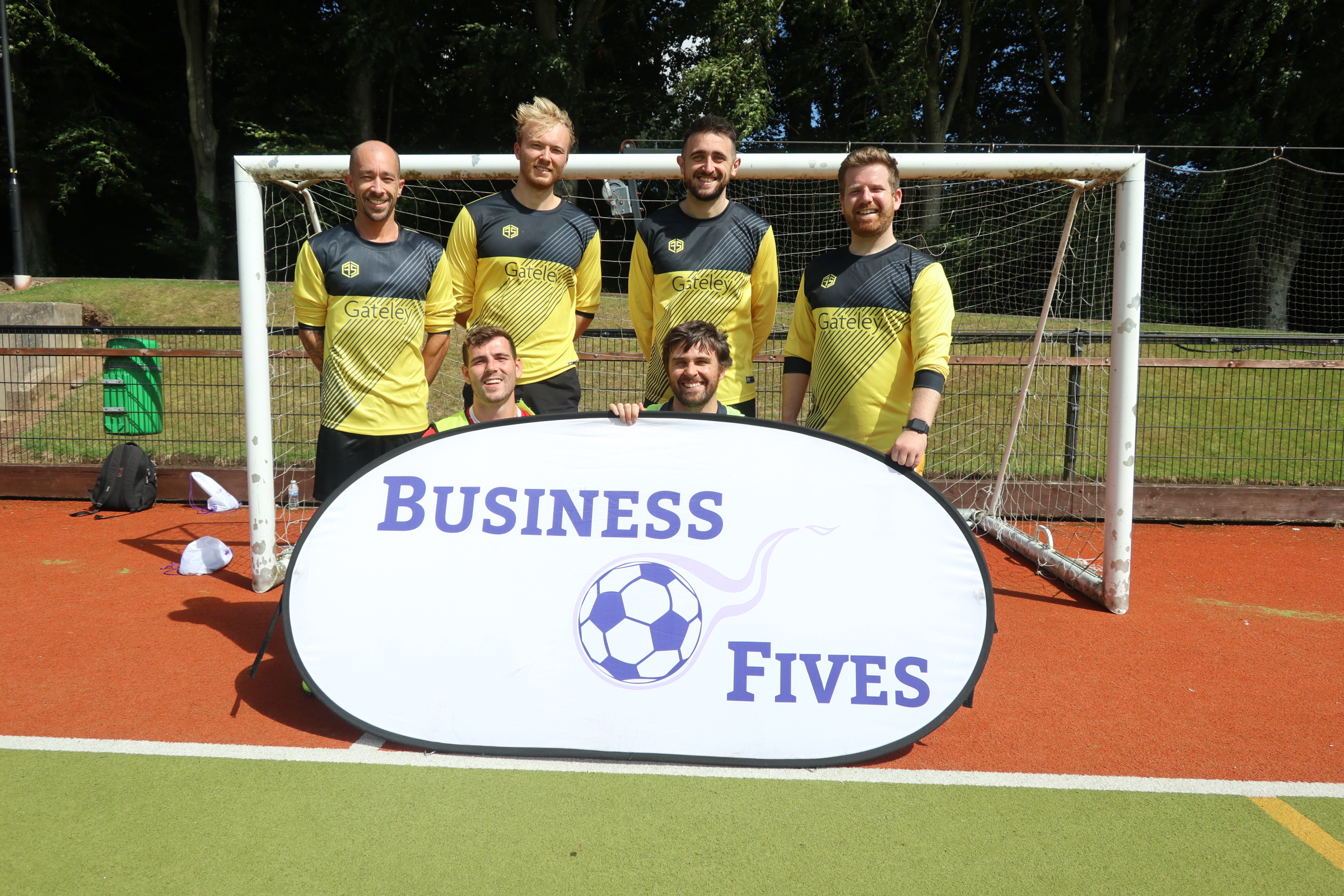 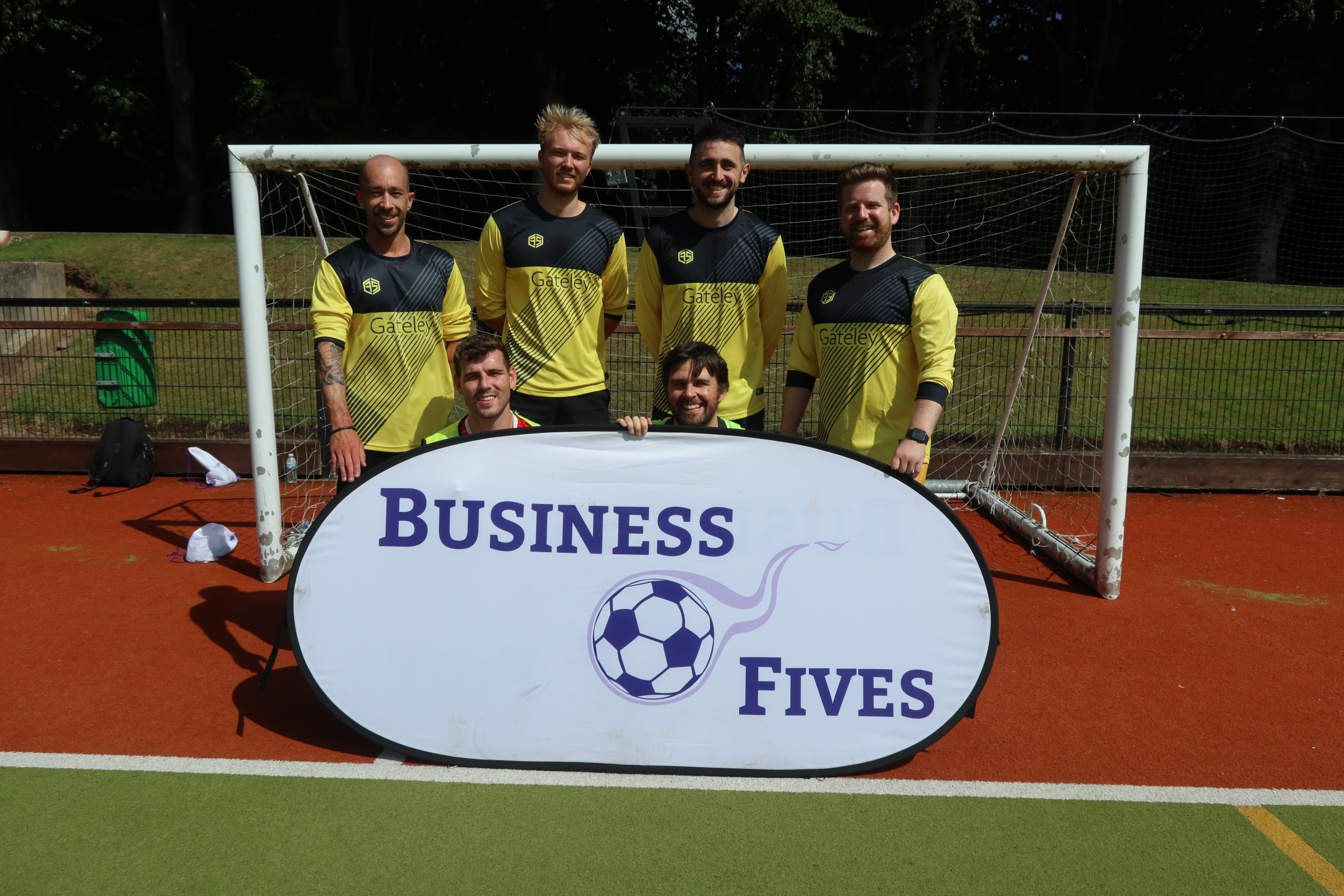 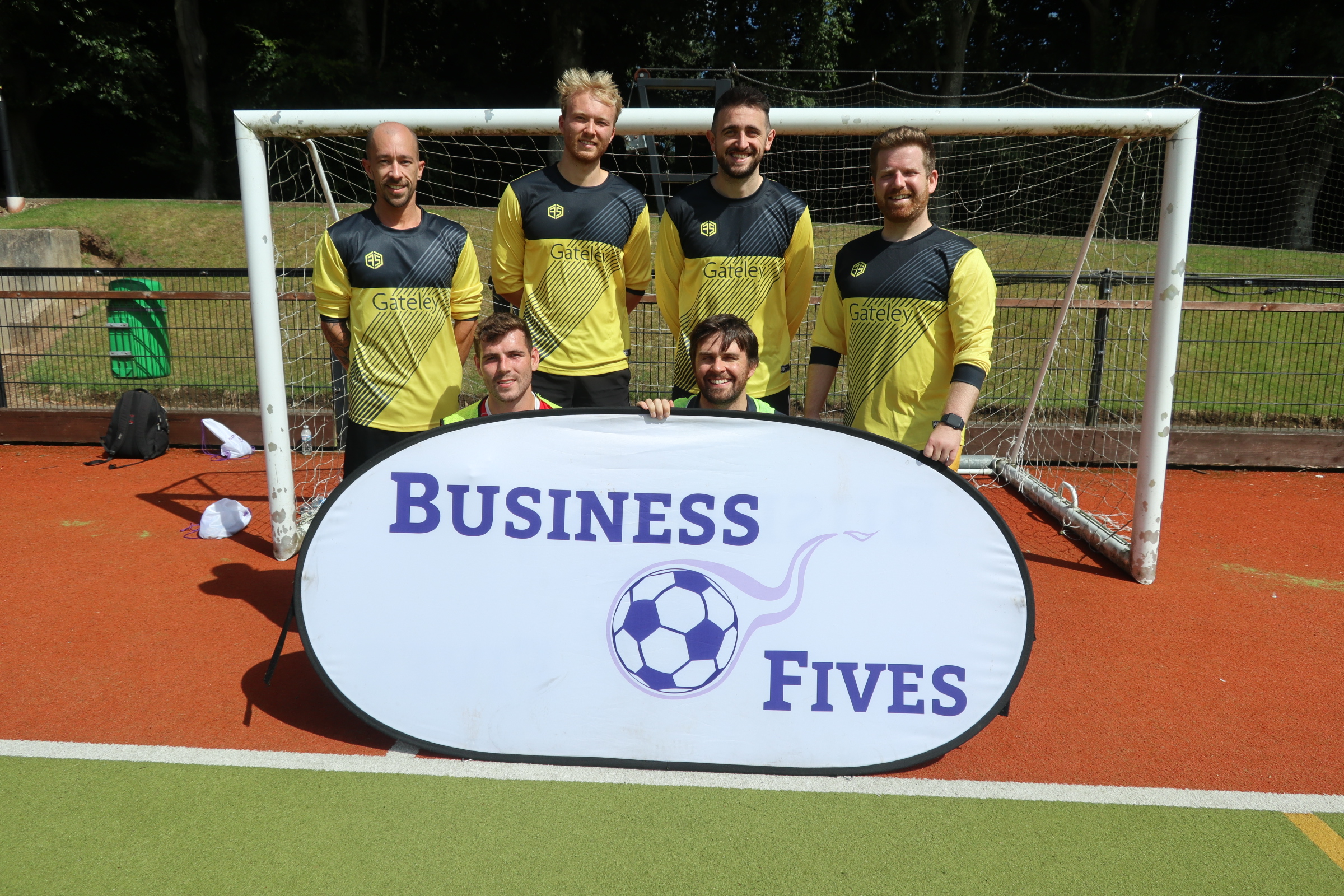 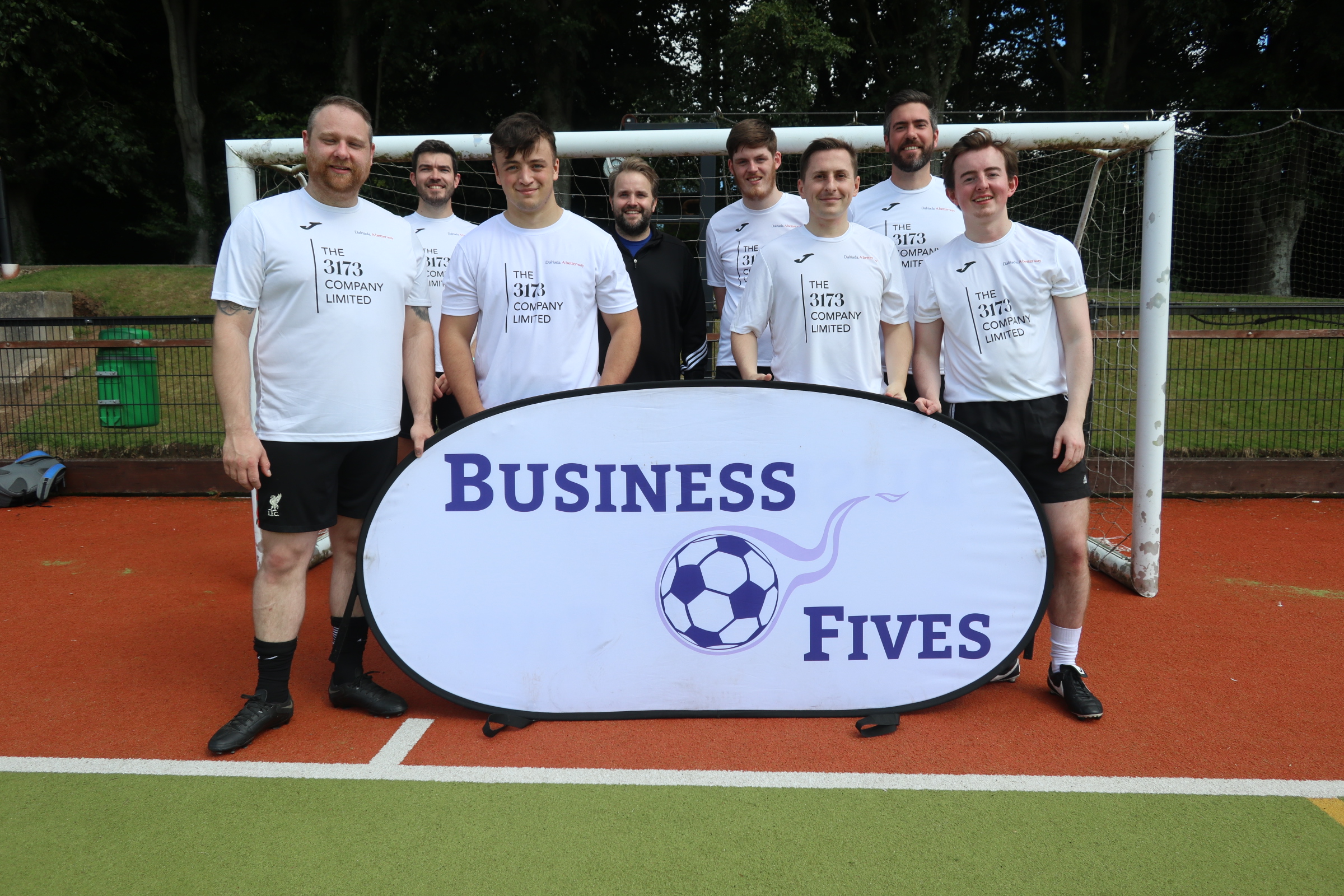 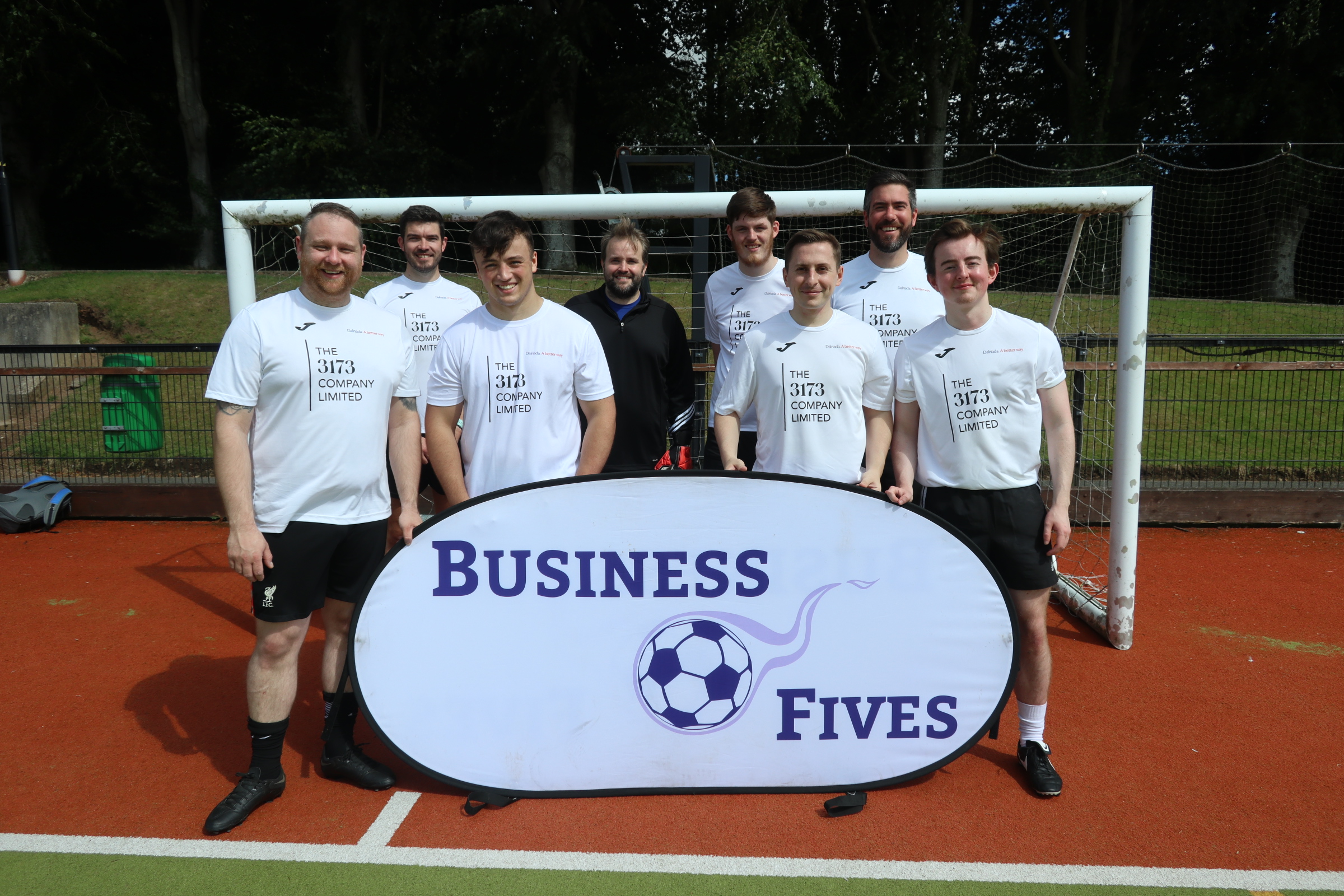 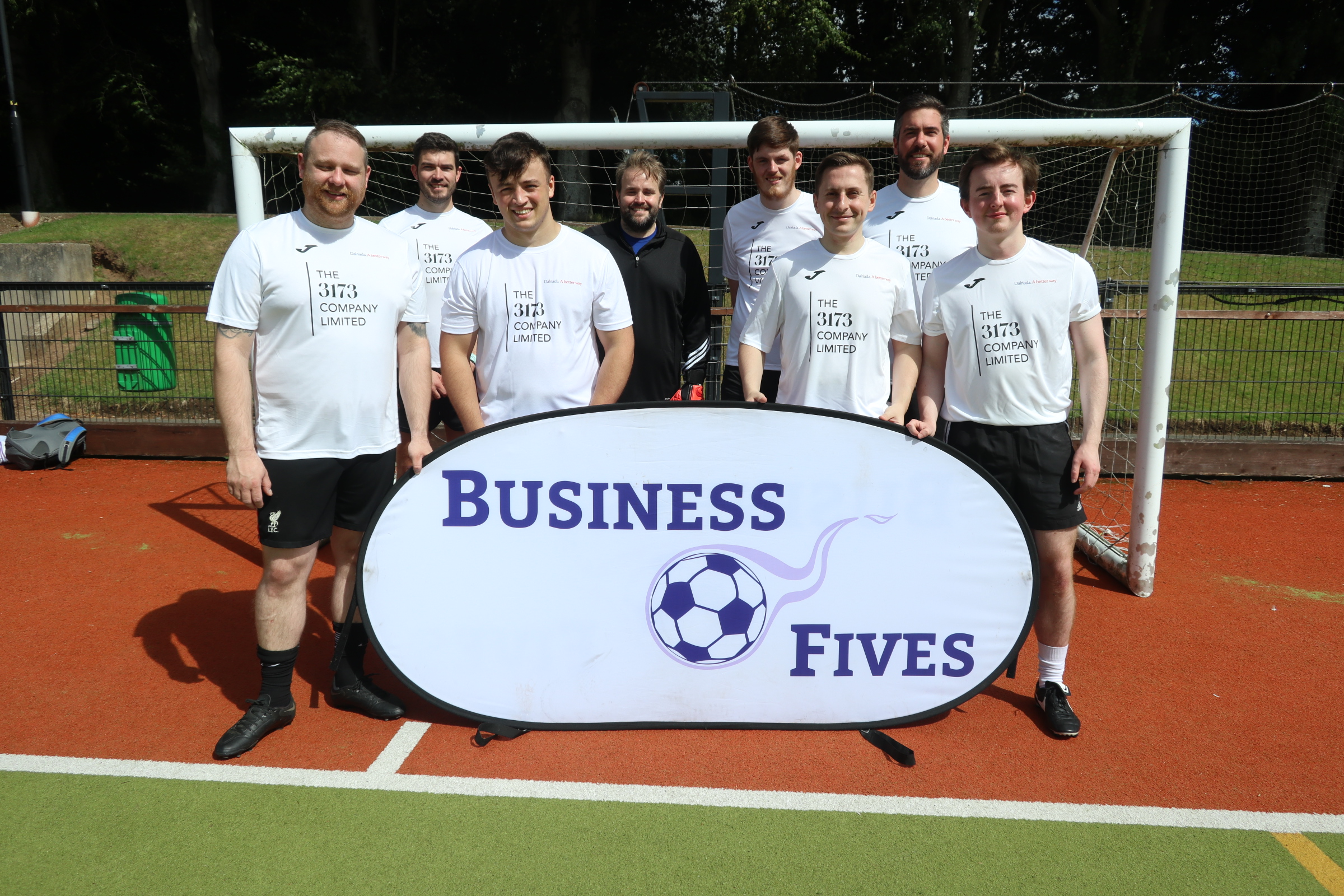 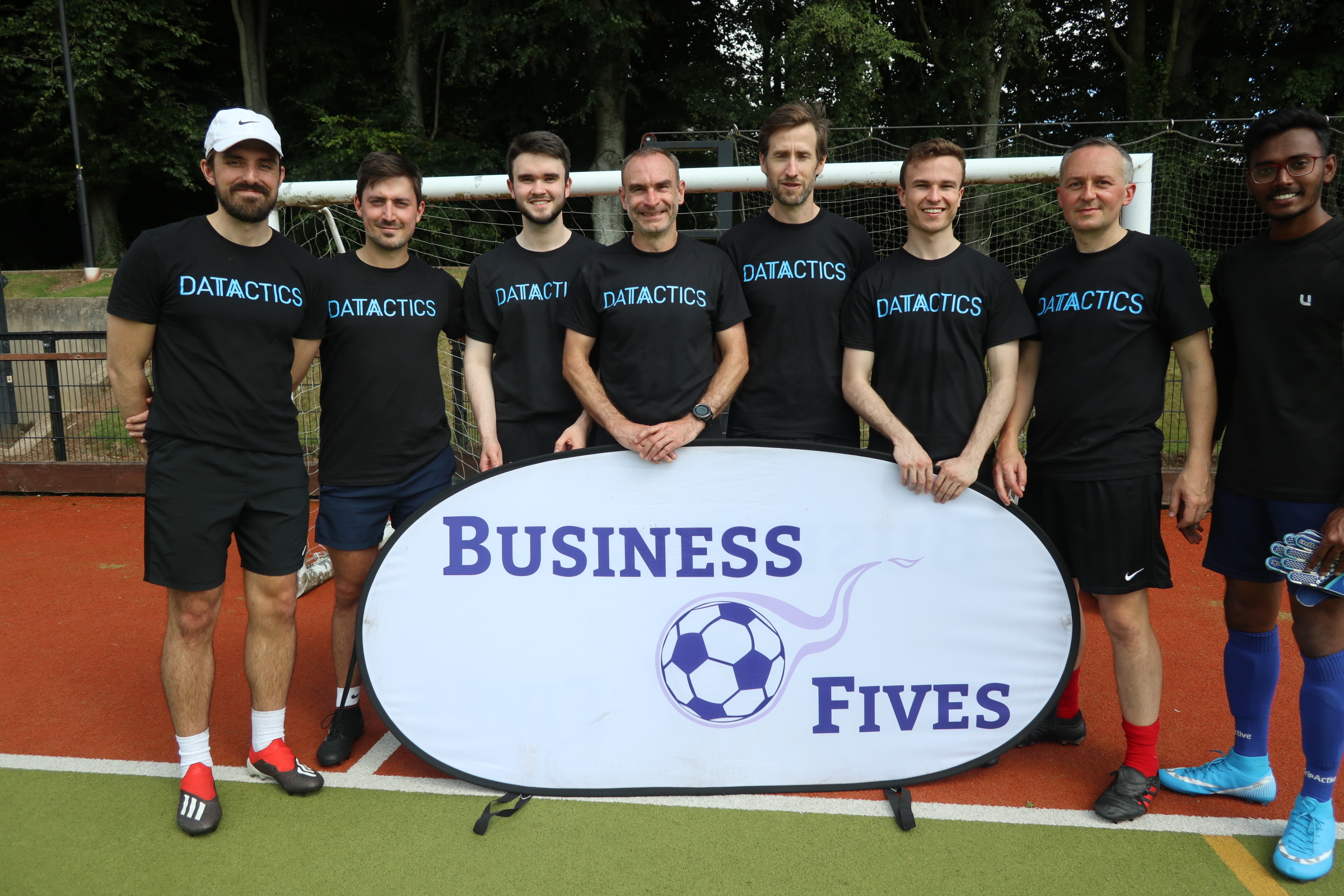 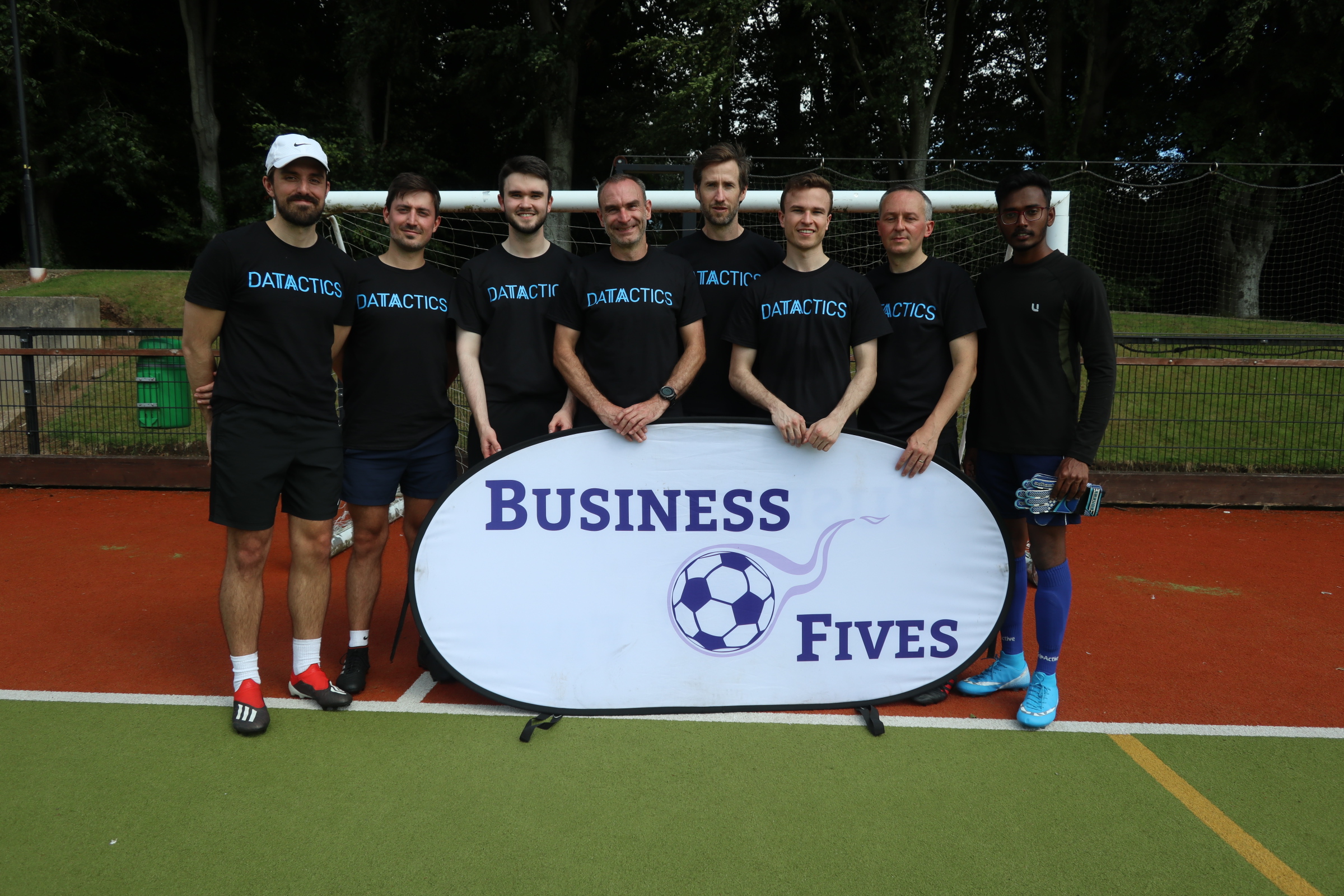 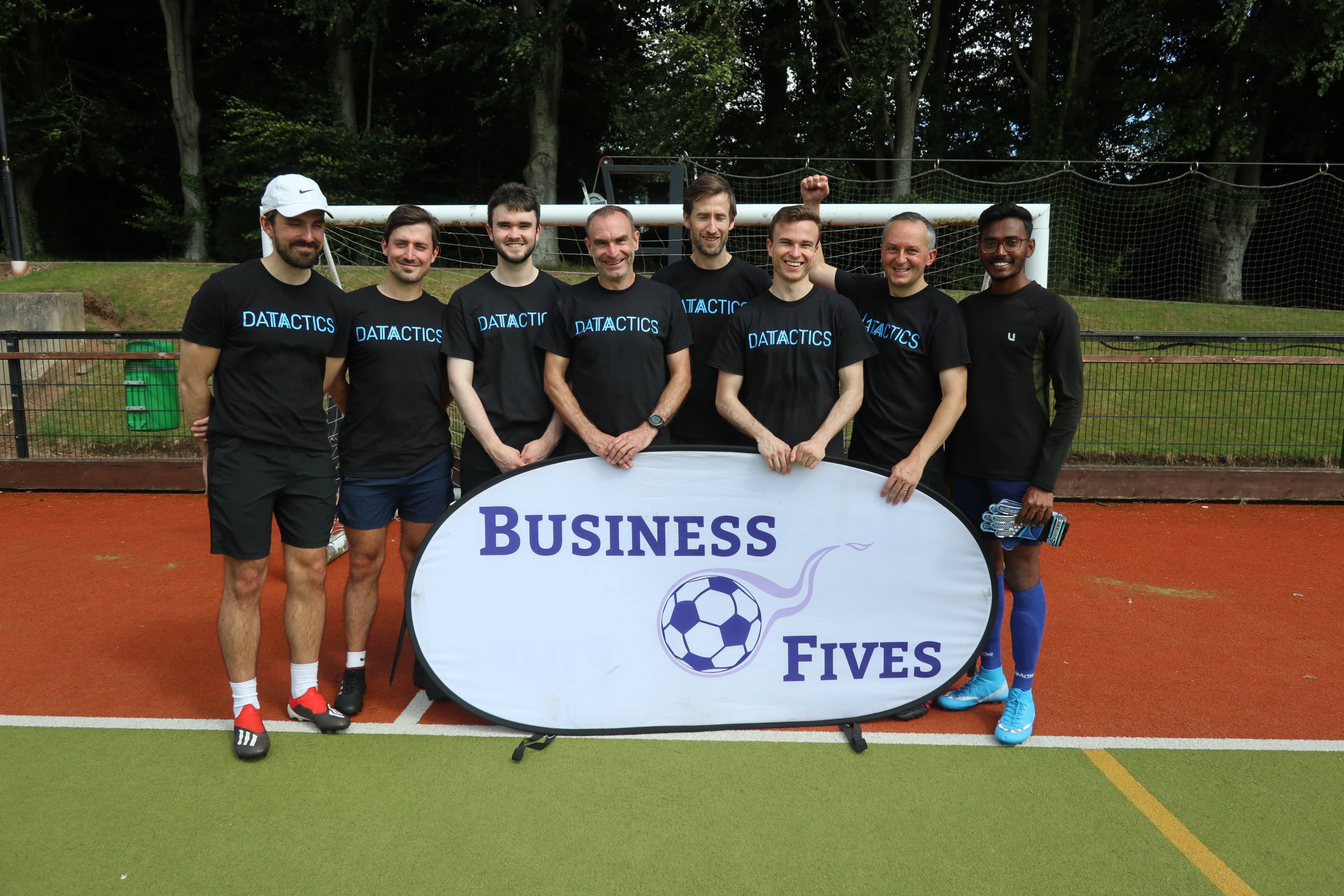 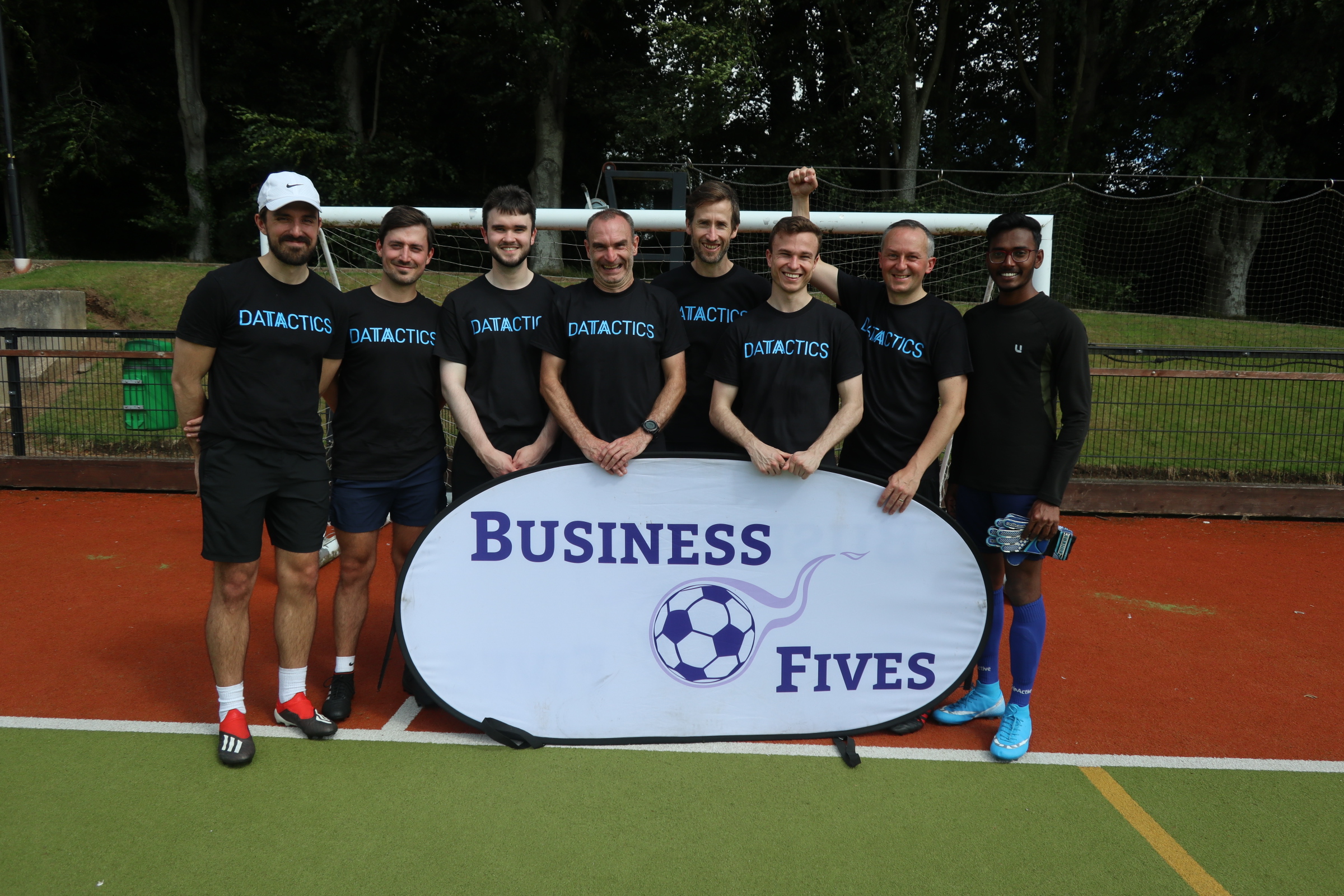 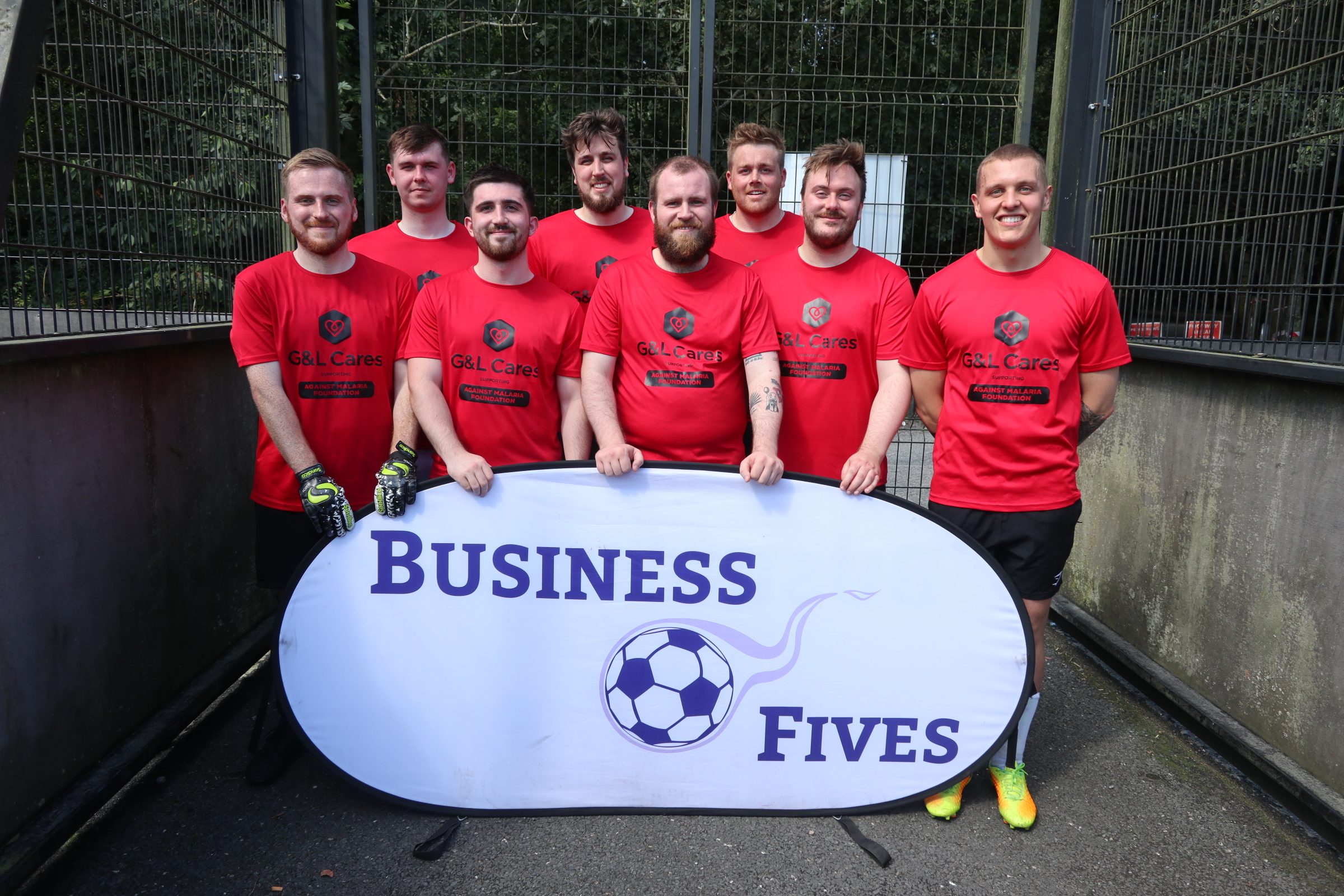 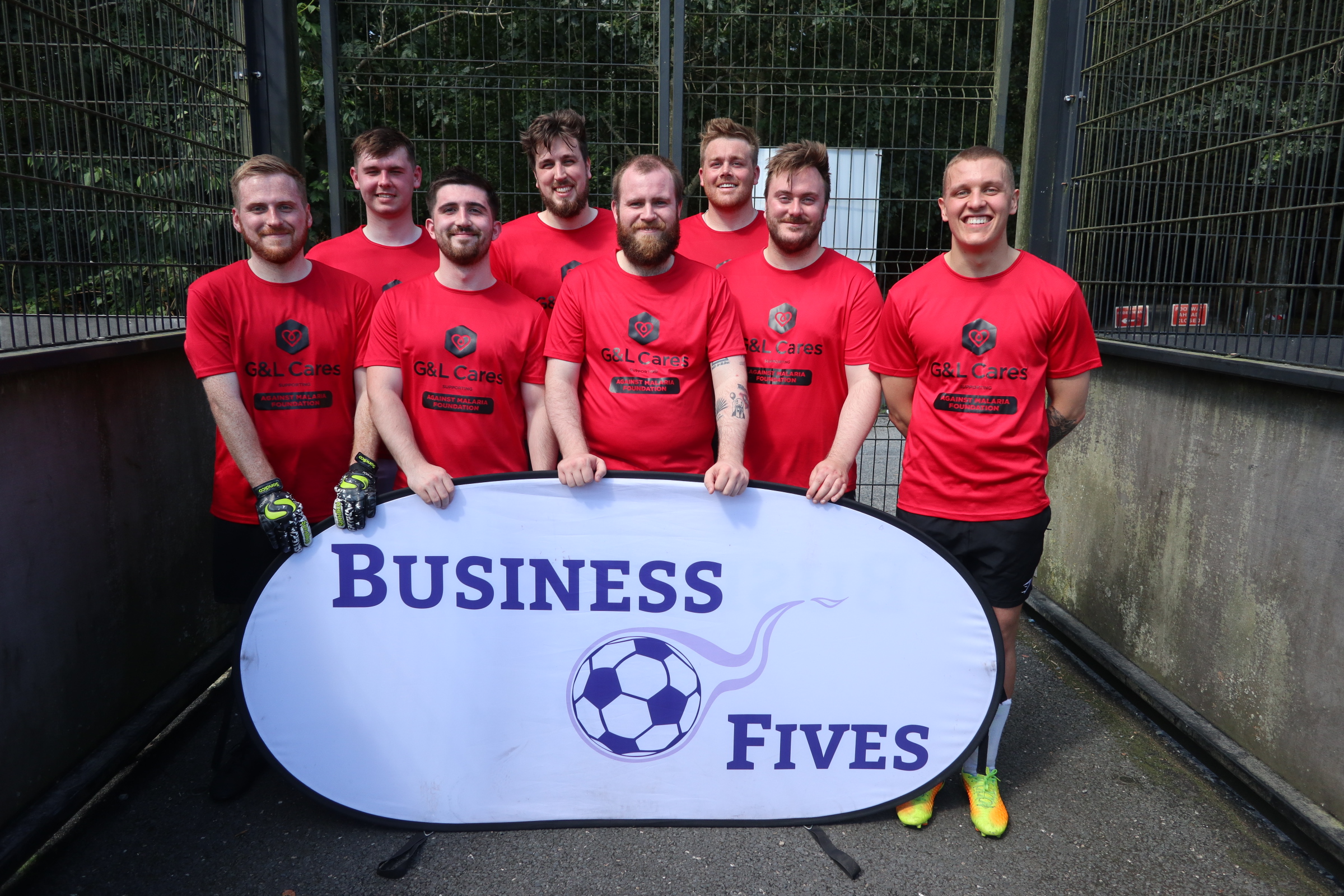 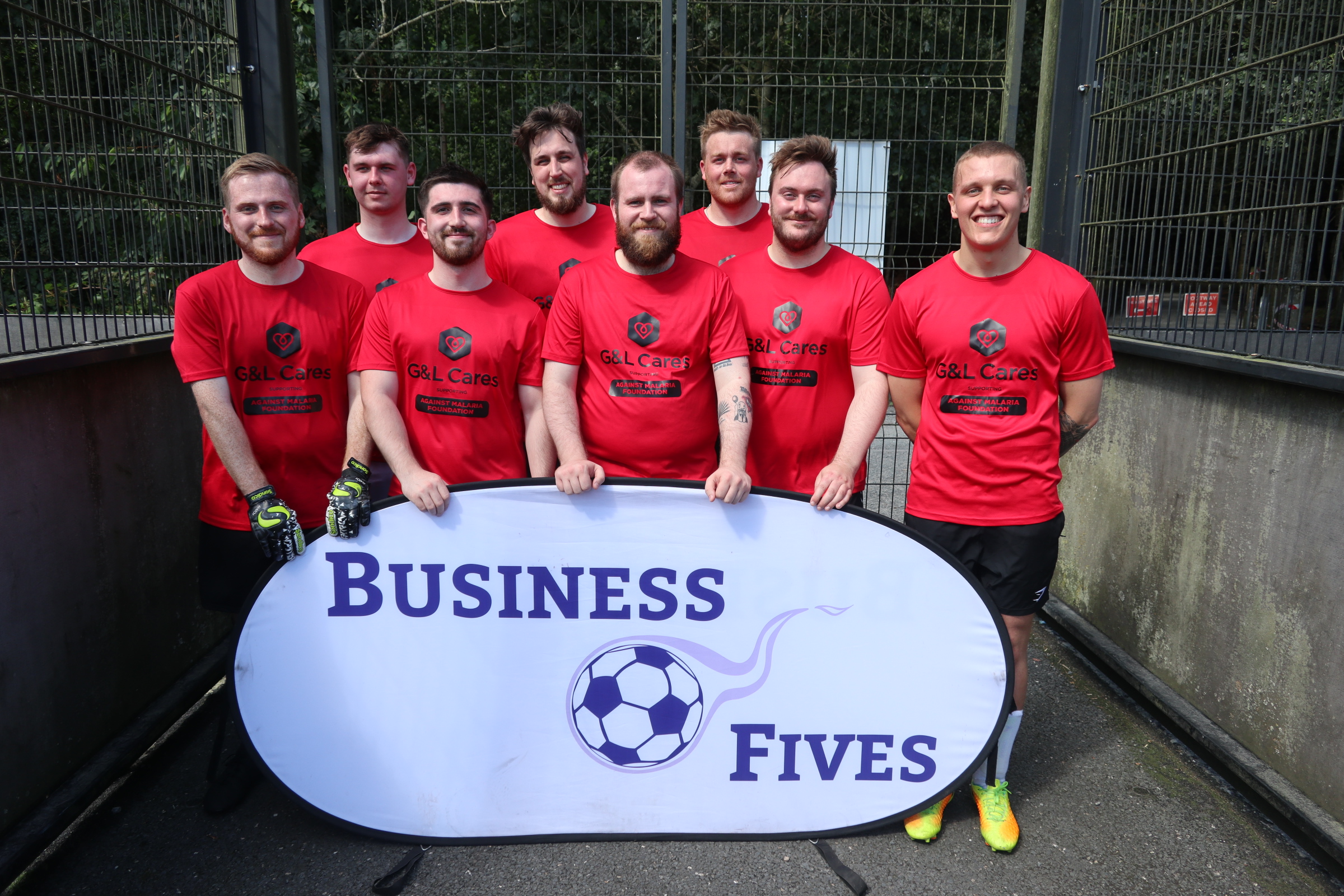 Business Fives ventured to Belfast for the first time on Tuesday 2nd August. 26 teams came together to score 282 goals across 72 matches at a sun-soaked Stormont Pavilion. Teams from across the city were playing for donations for their chosen charity with hopes of becoming the Inaugural Belfast champions.

The teams raised over £3270 for charity and the top fundraiser prize was hotly contested. Spence and Partners raised £540 for Alzheimer’s Research, Thompson Aero Seating raised a fantastic £545 for Northern Ireland’s Children’s Hospital but it was the team from Errigal Contracts who claimed the award having raised a terrific £1200 for Northern Ireland Chest Heart & Stroke.

It was Grant Thornton who secured the £586.60 donation for their chosen charity, Action for Children, courtesy of a 2-1 in the final. Guest speaker Tommy Wright identified Adam Lecky as the key man in the final and this scooped him the Player of the Match award.

Both teams secured their spots across the water at a National Final of their choice in either Glasgow or Leeds set to be held on Tuesday 18th October and Thursday 20th.

It was Ryan McAuley from CME Group who claimed the other individual award, with his 10 goals helping them to the Champions League semi-finals and helping him claim the Top Goalscorer award.

The final qualifying spot and a £213.30 donation was at stake in the Europa League section as Mantle, Gateley Capitus, Energia Group and Spence and Partners all made it to the semi-finals.

The Final proved to be a classic after a 5-5 draw and went the distance, to the dreaded penalty shootout. It was the Energia team who eventually claimed victory to become Europa League winners, earn a National Final qualifying spot and a £213.30 donation for Macmillan.

After the football, teams enjoyed a drinks reception and buffet and were treated to some brilliant stories from former Northern Ireland, Newcastle United and Manchester City, goalkeeper, Tommy Wright.

Business Fives will be back in Belfast for our 2022/23 Winter Season. Keep your eyes peeled for announcements on future dates.

£1,066.50 will be split between the winners and runners up of the Champions League and Europa League. We also have Top Fundraisers, Top Goalscorer, Ladies Player of the Tournament, Man of the Match in Champions League Final

By taking part you have all helped us raise over £325,000 through our events which we are absolutely thrilled with and we wish you every success in the tournament.