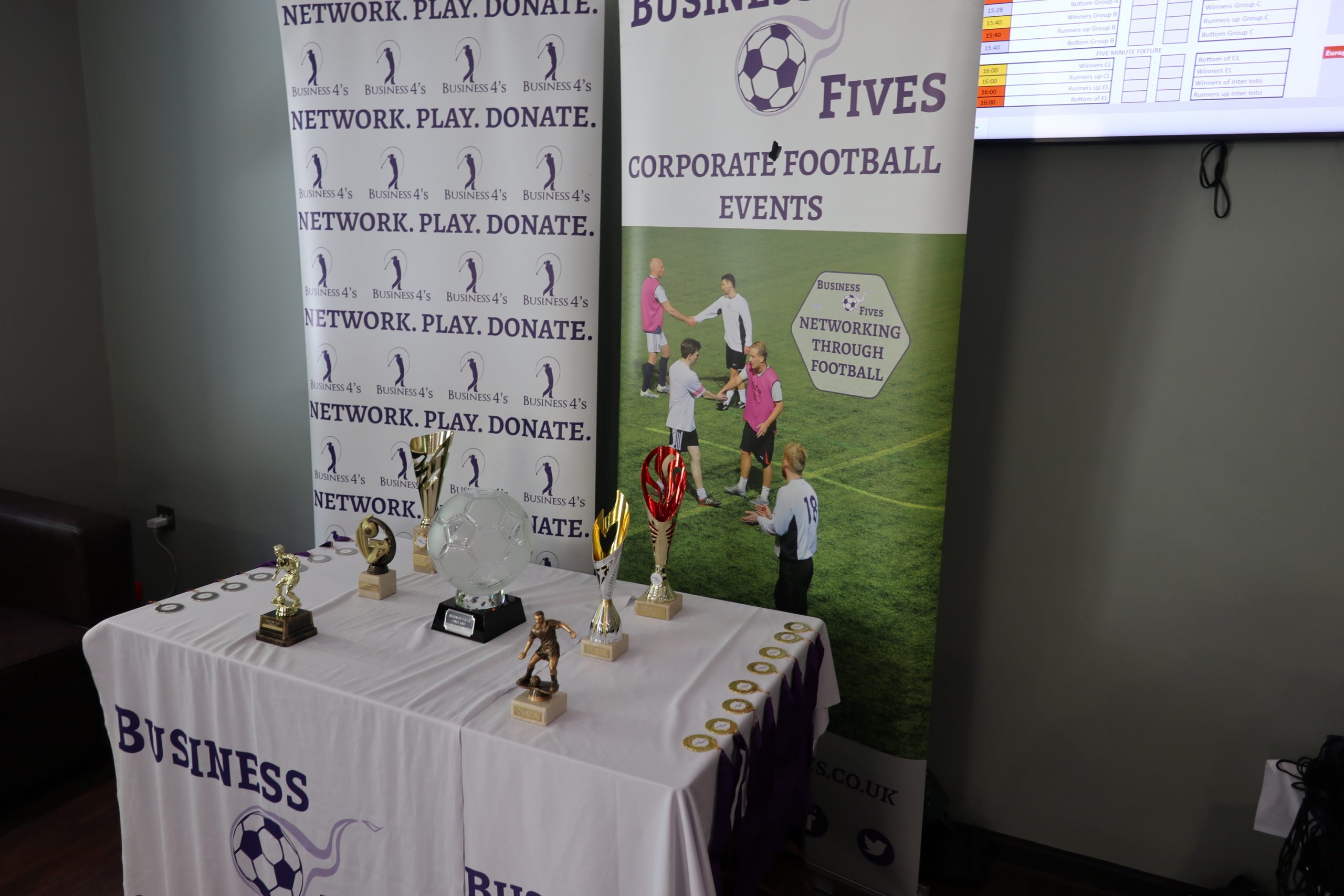 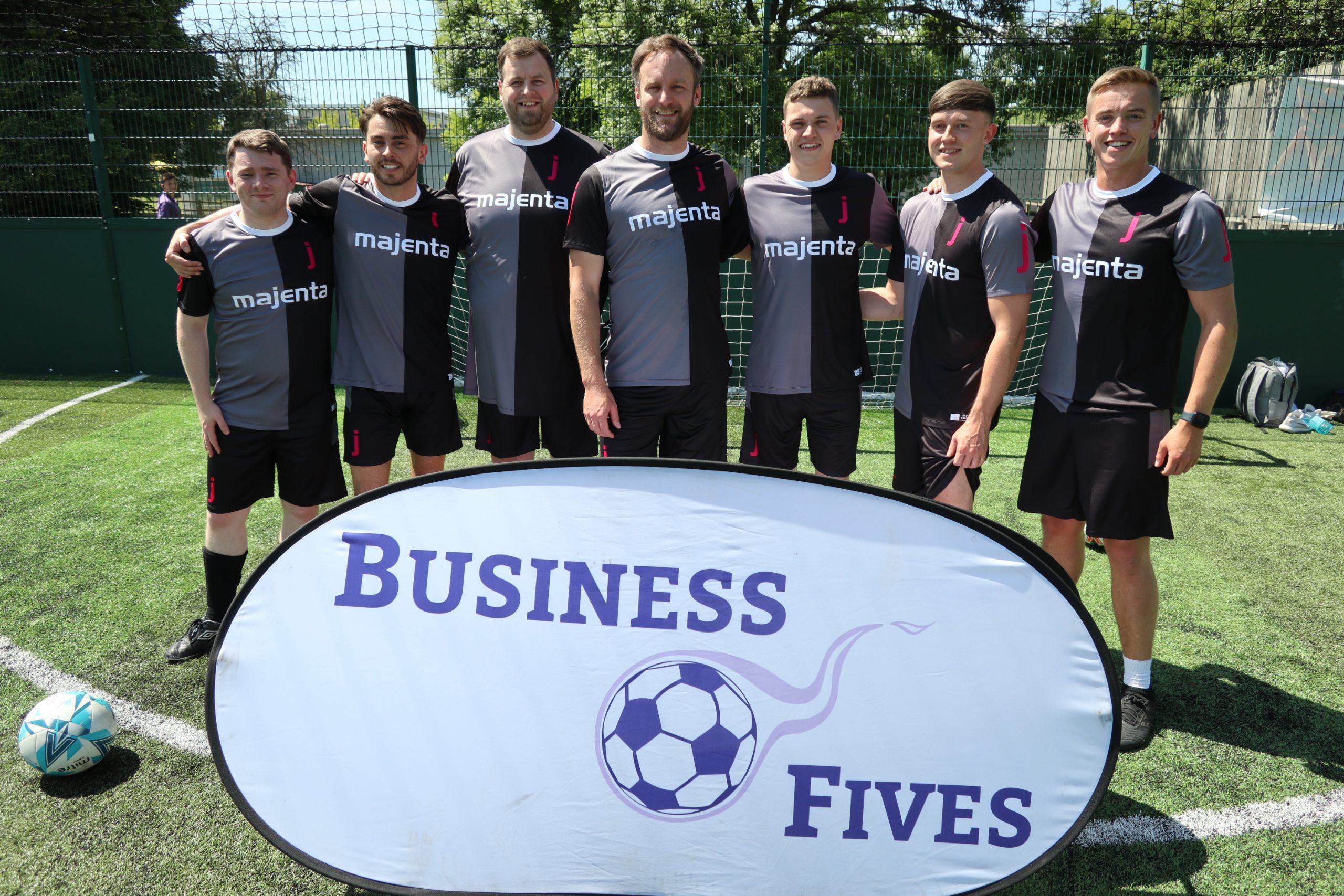 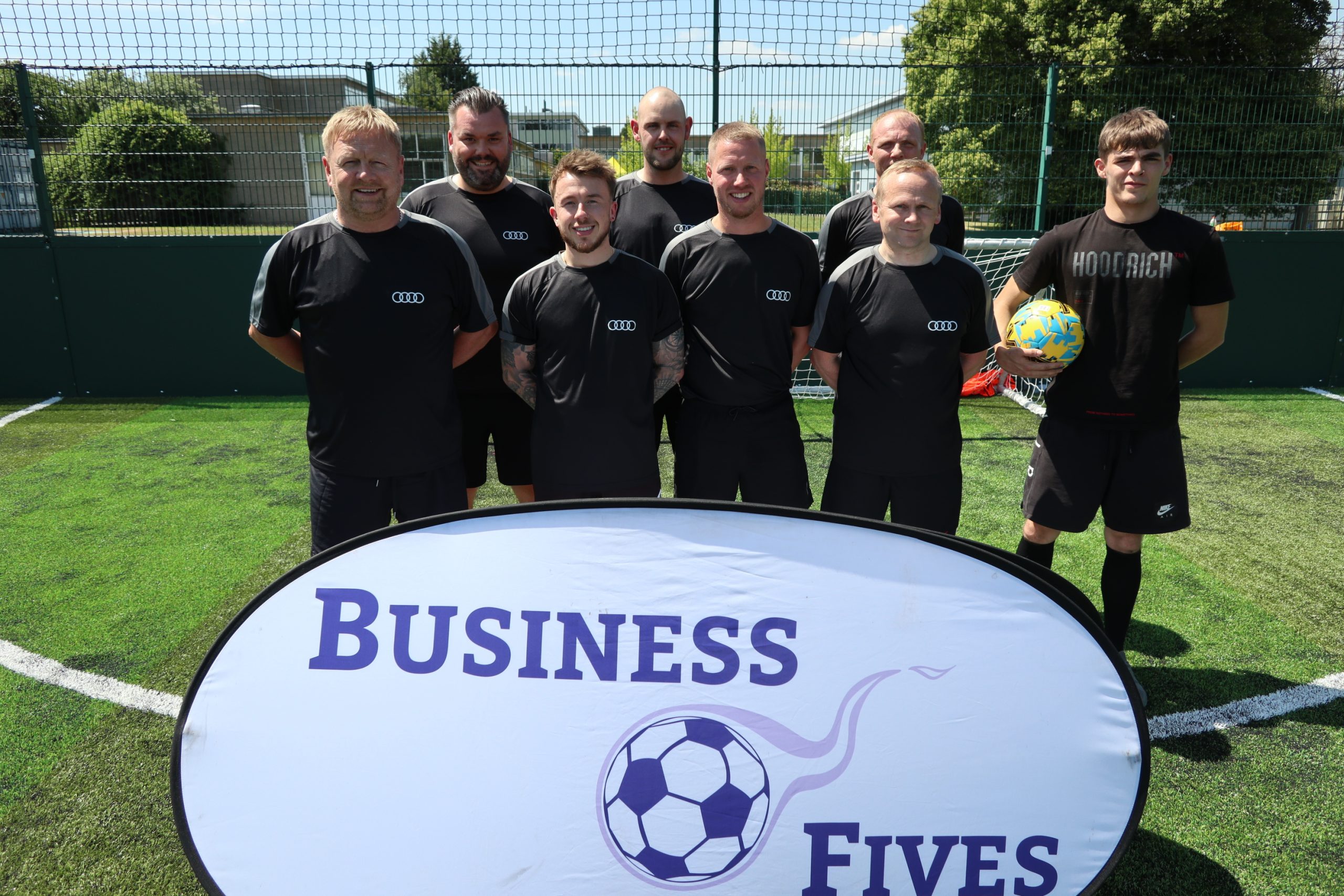 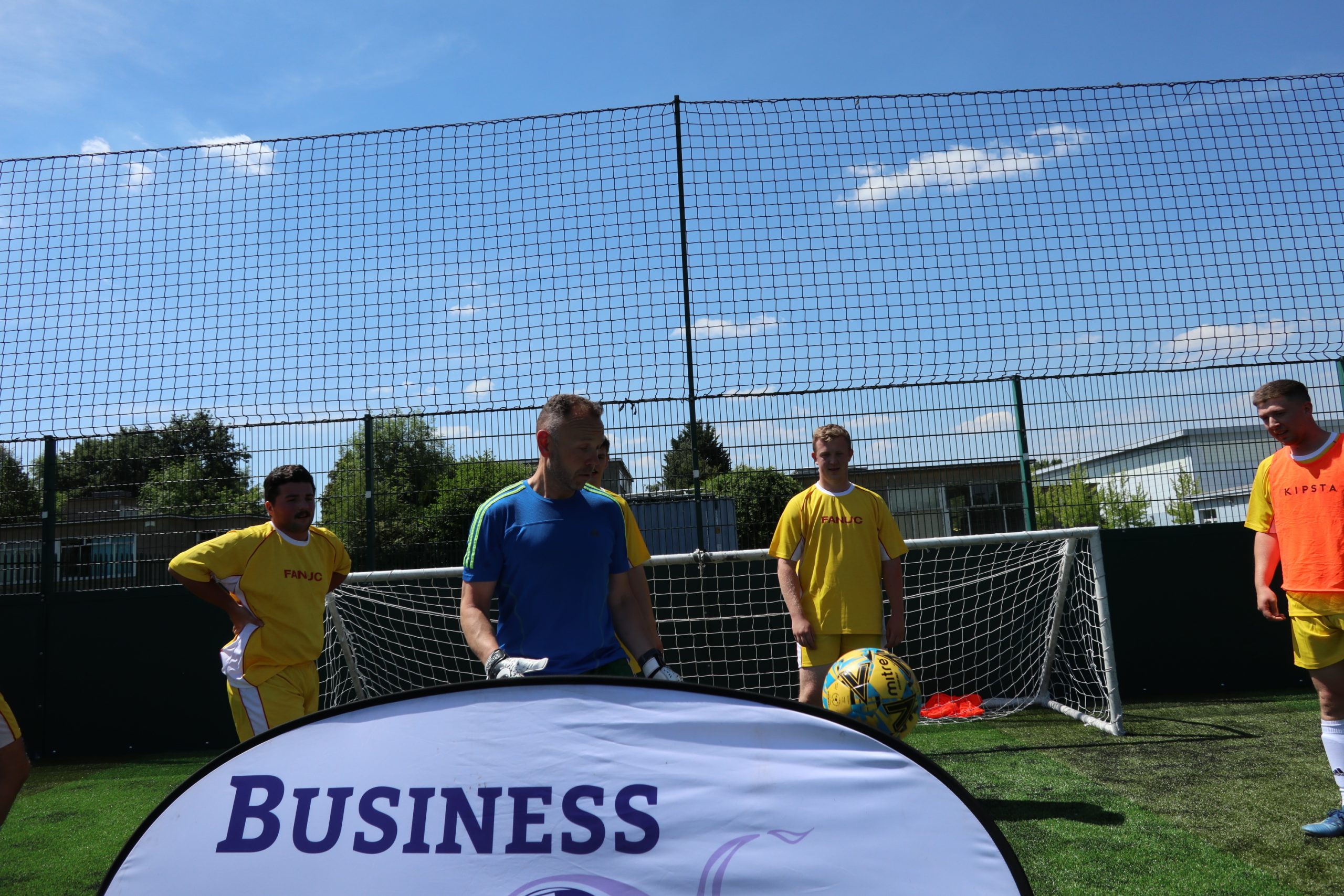 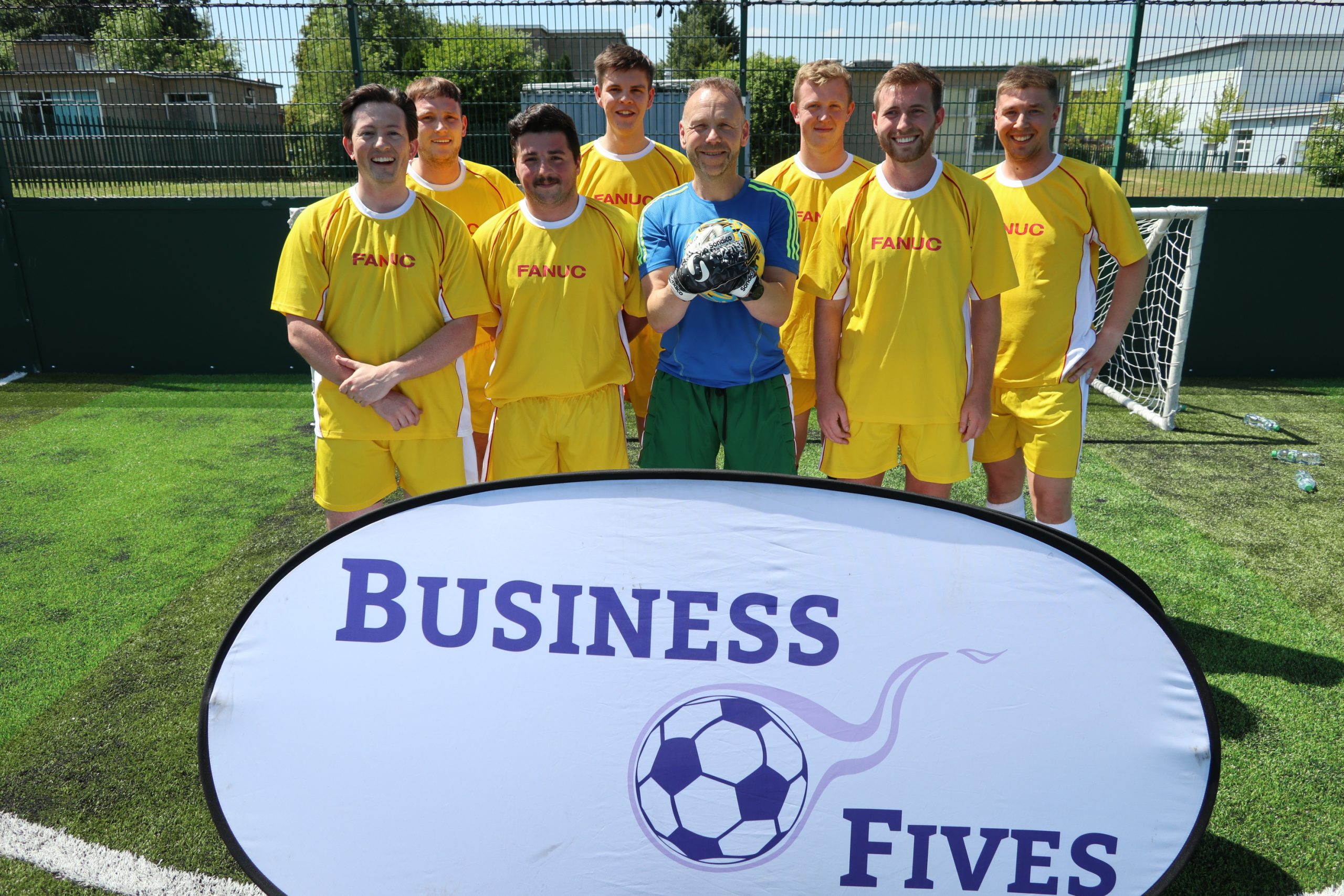 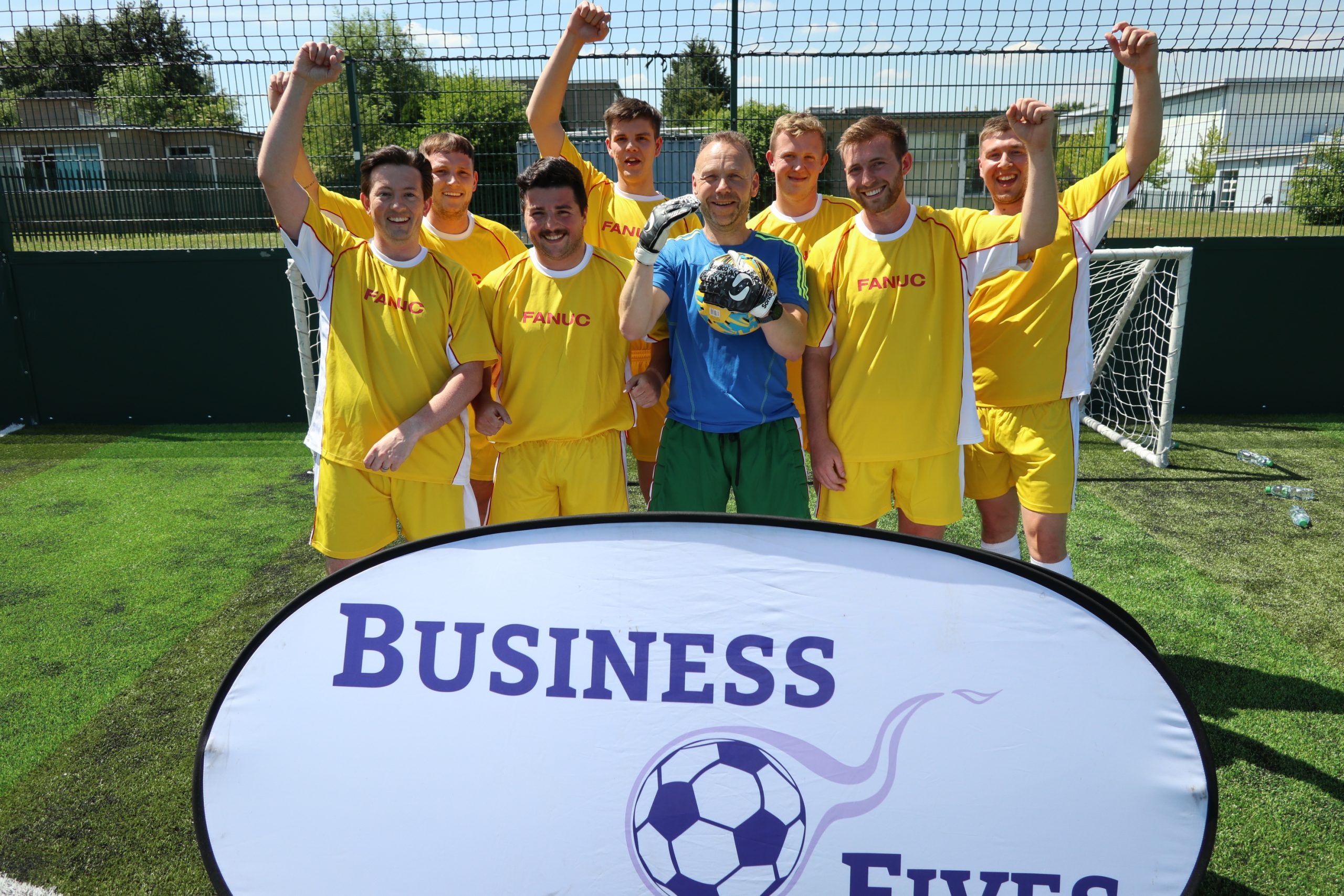 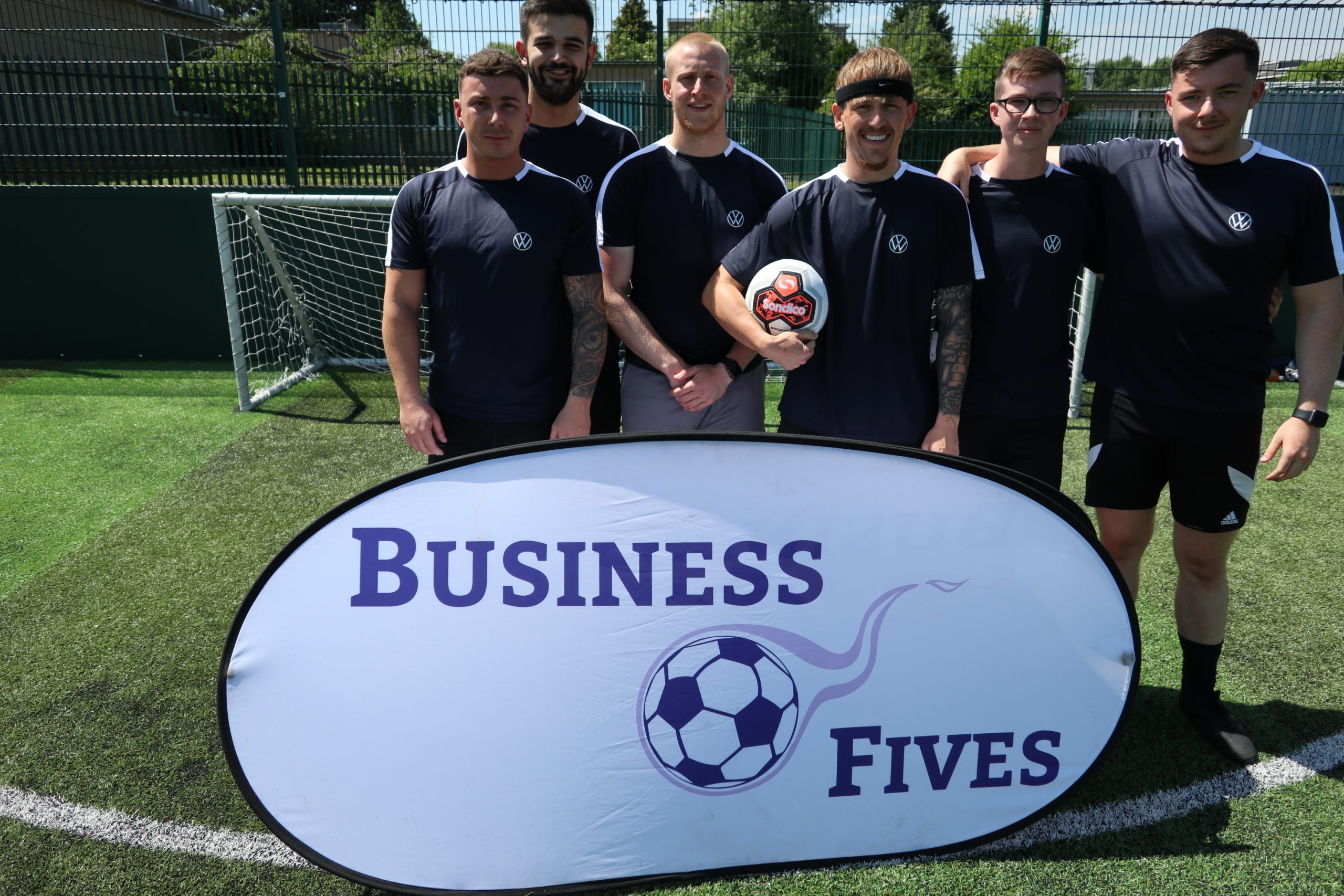 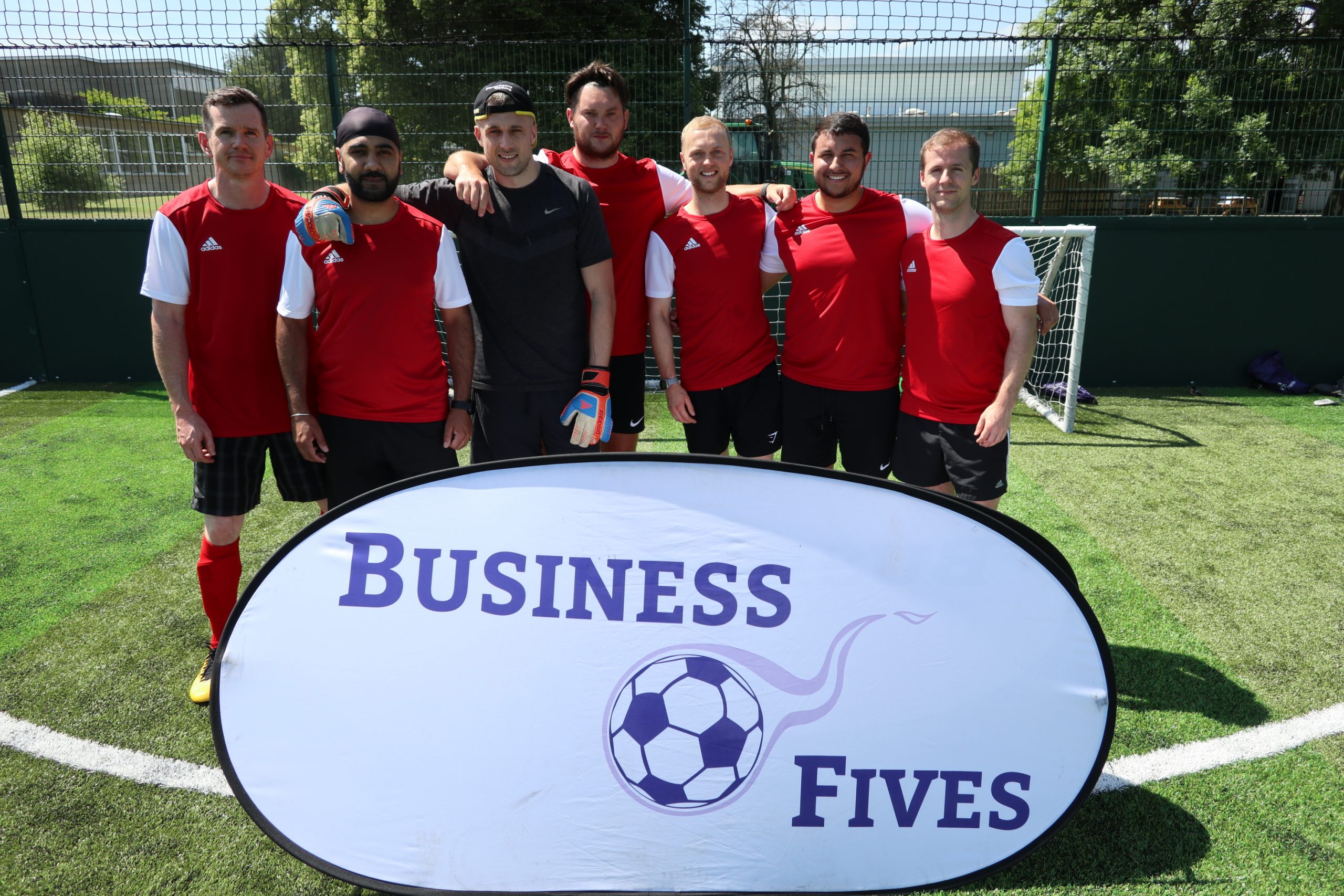 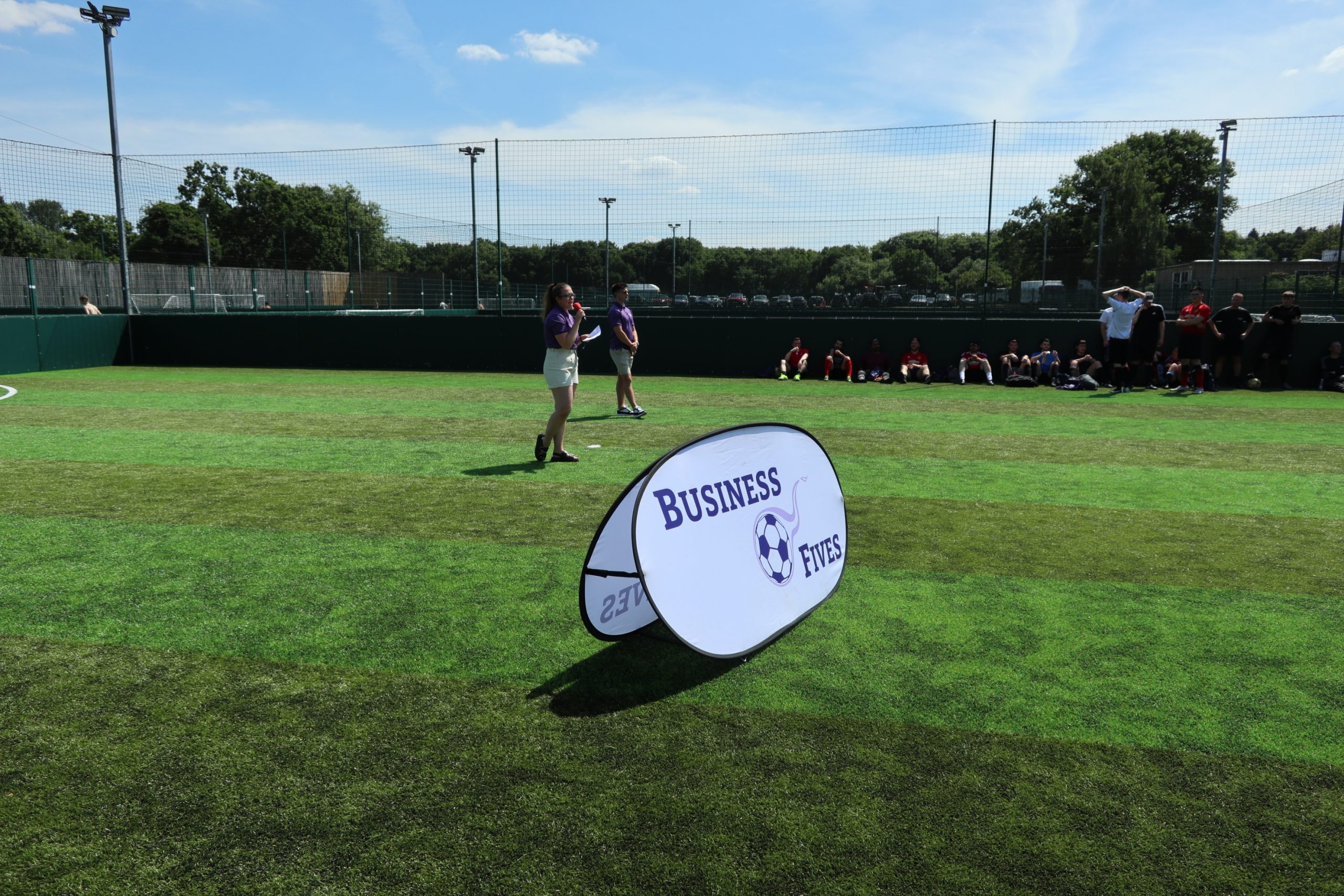 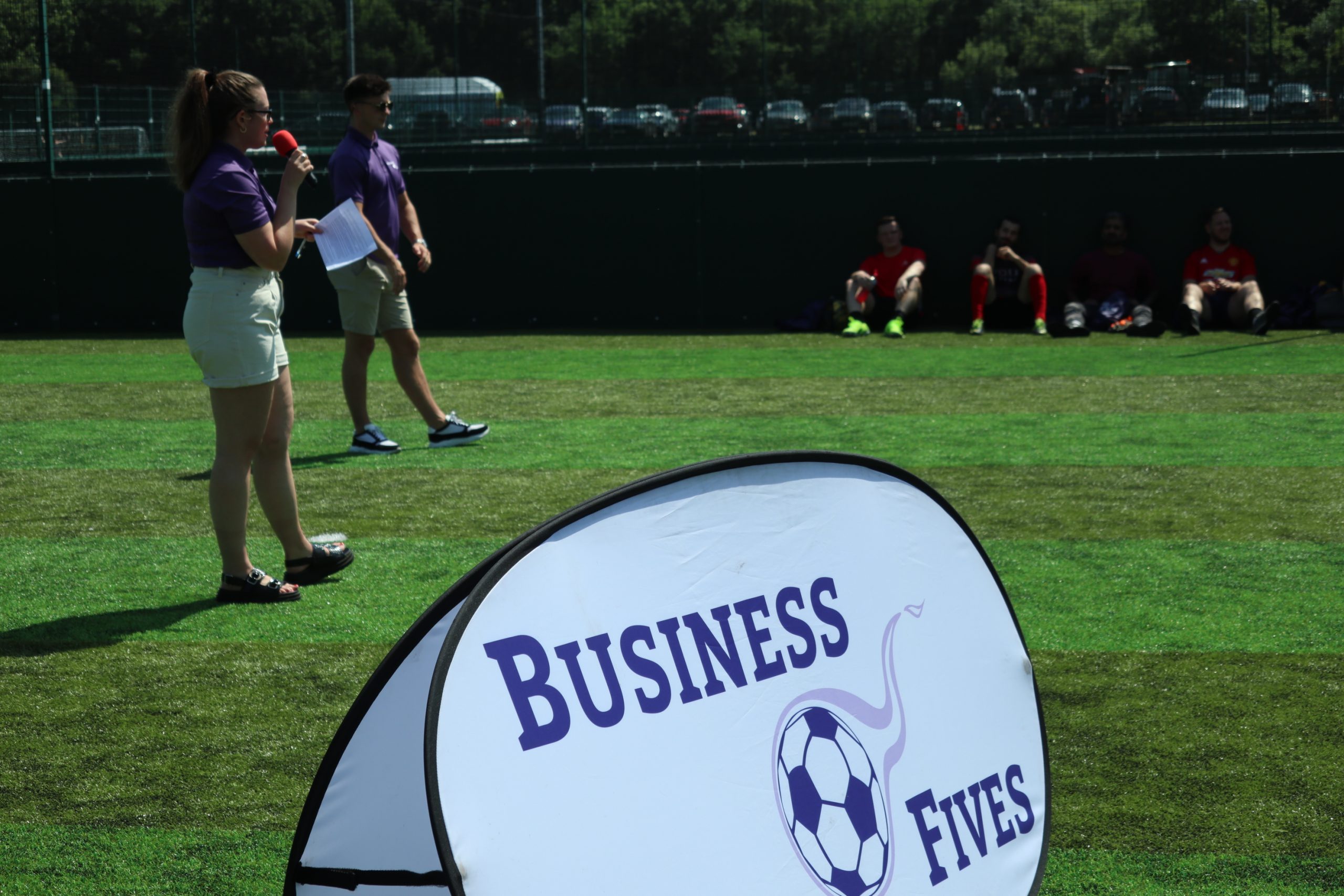 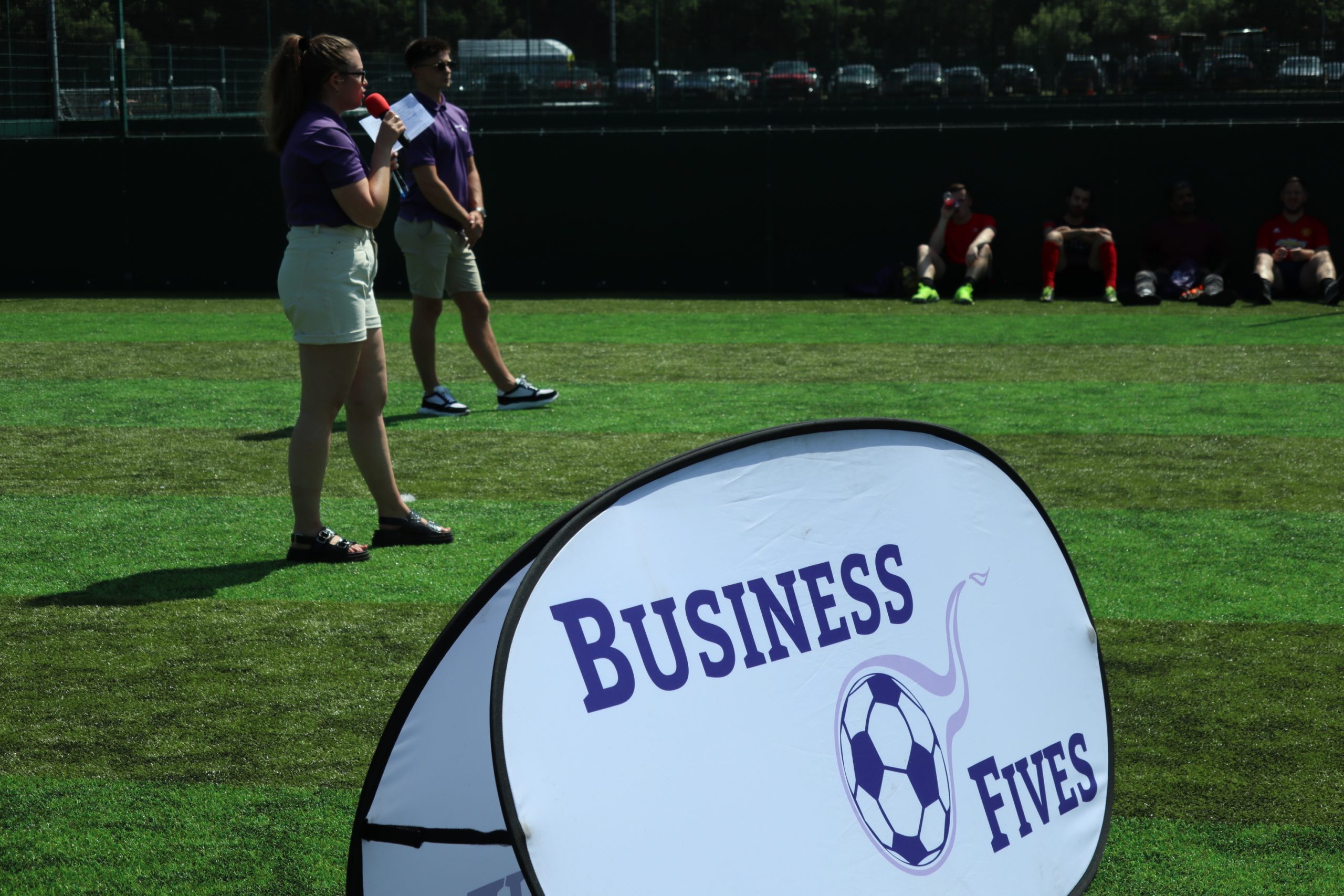 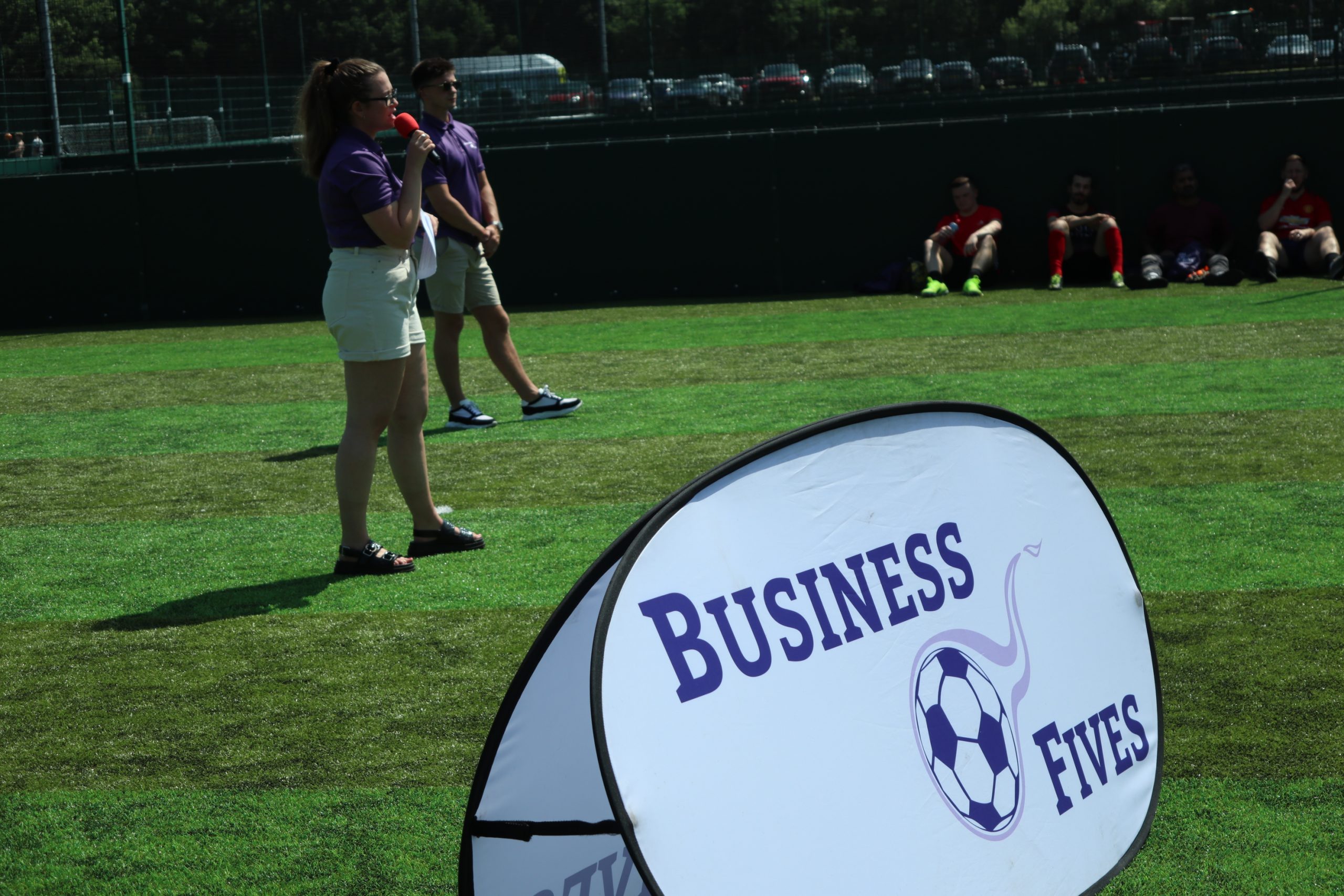 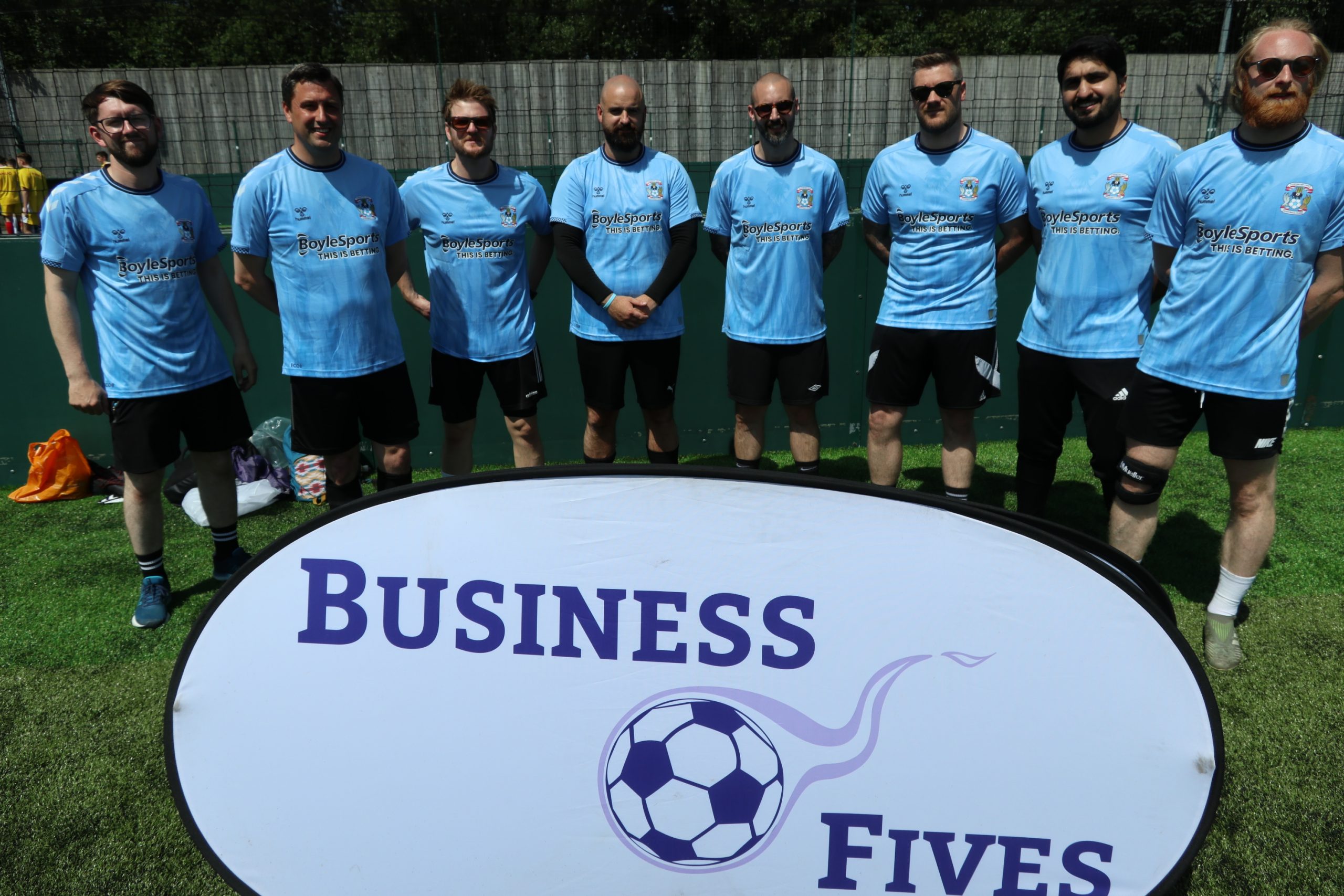 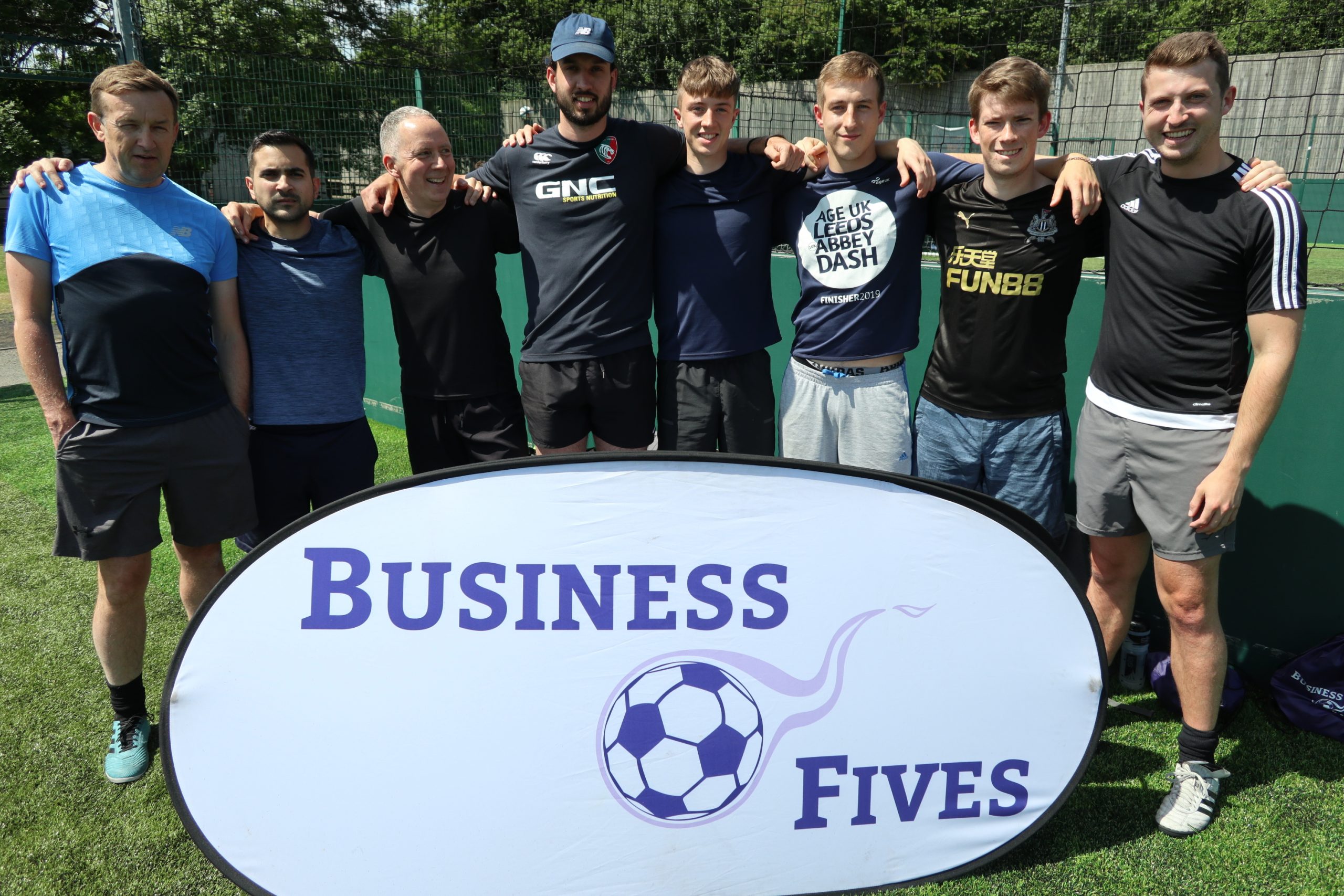 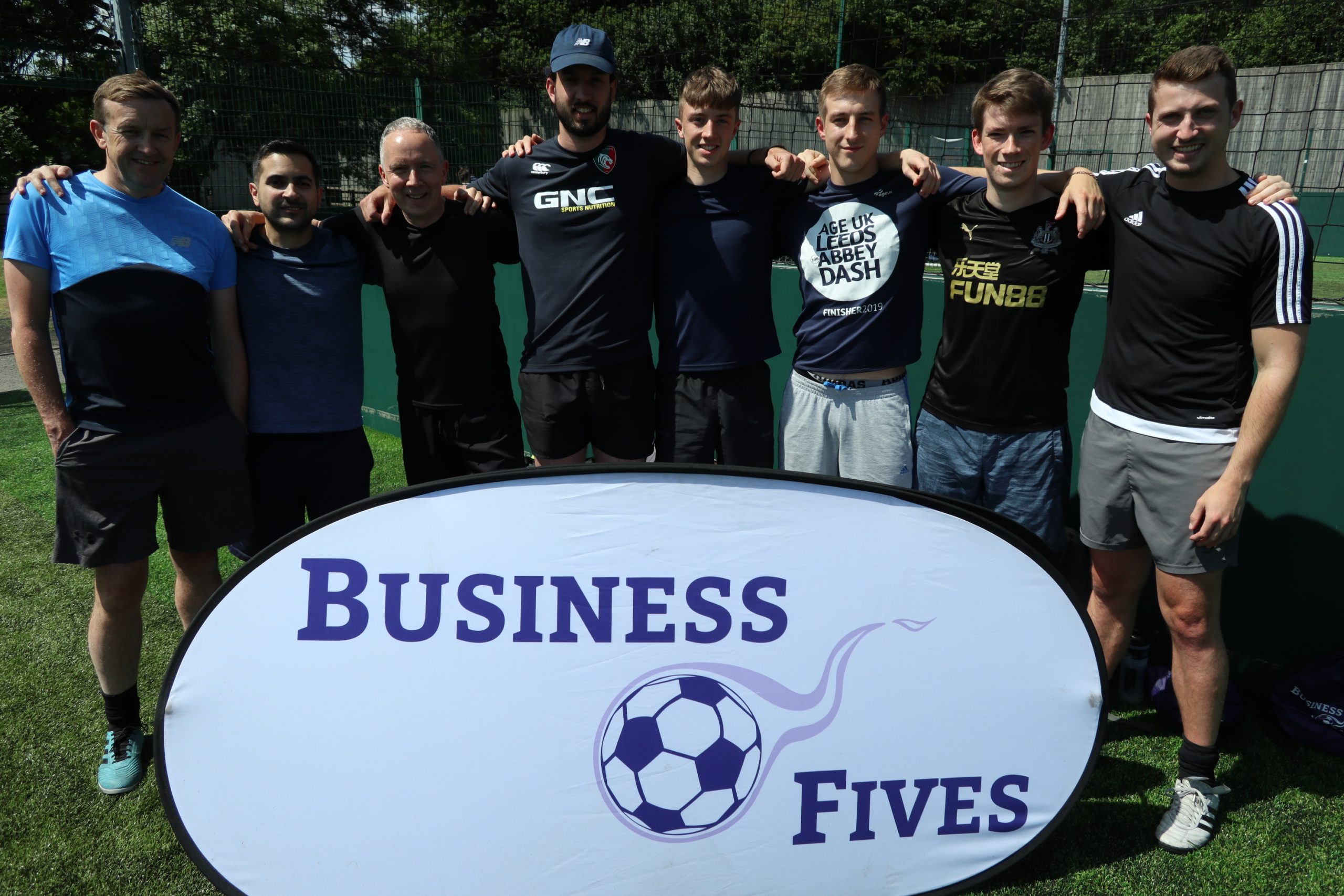 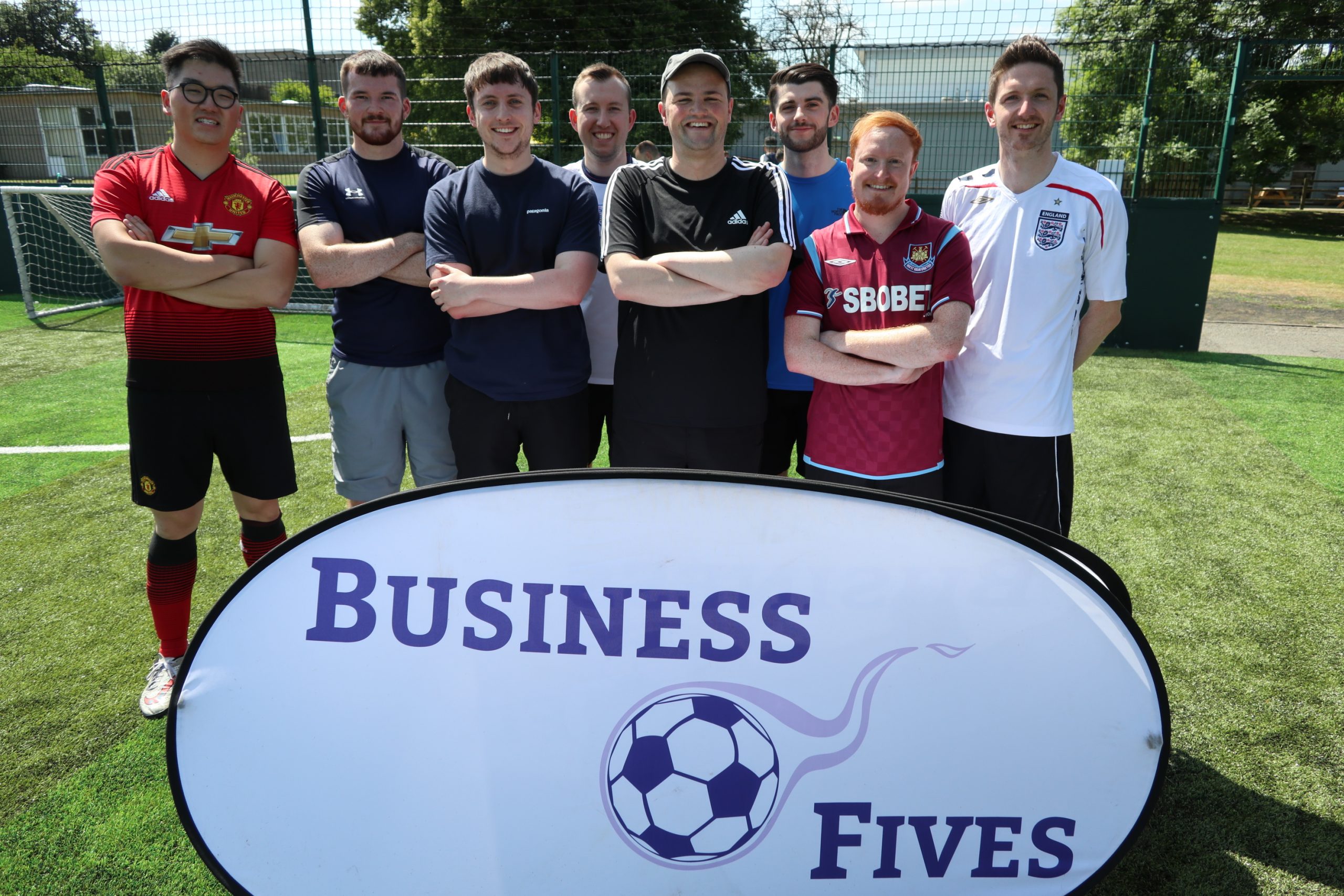 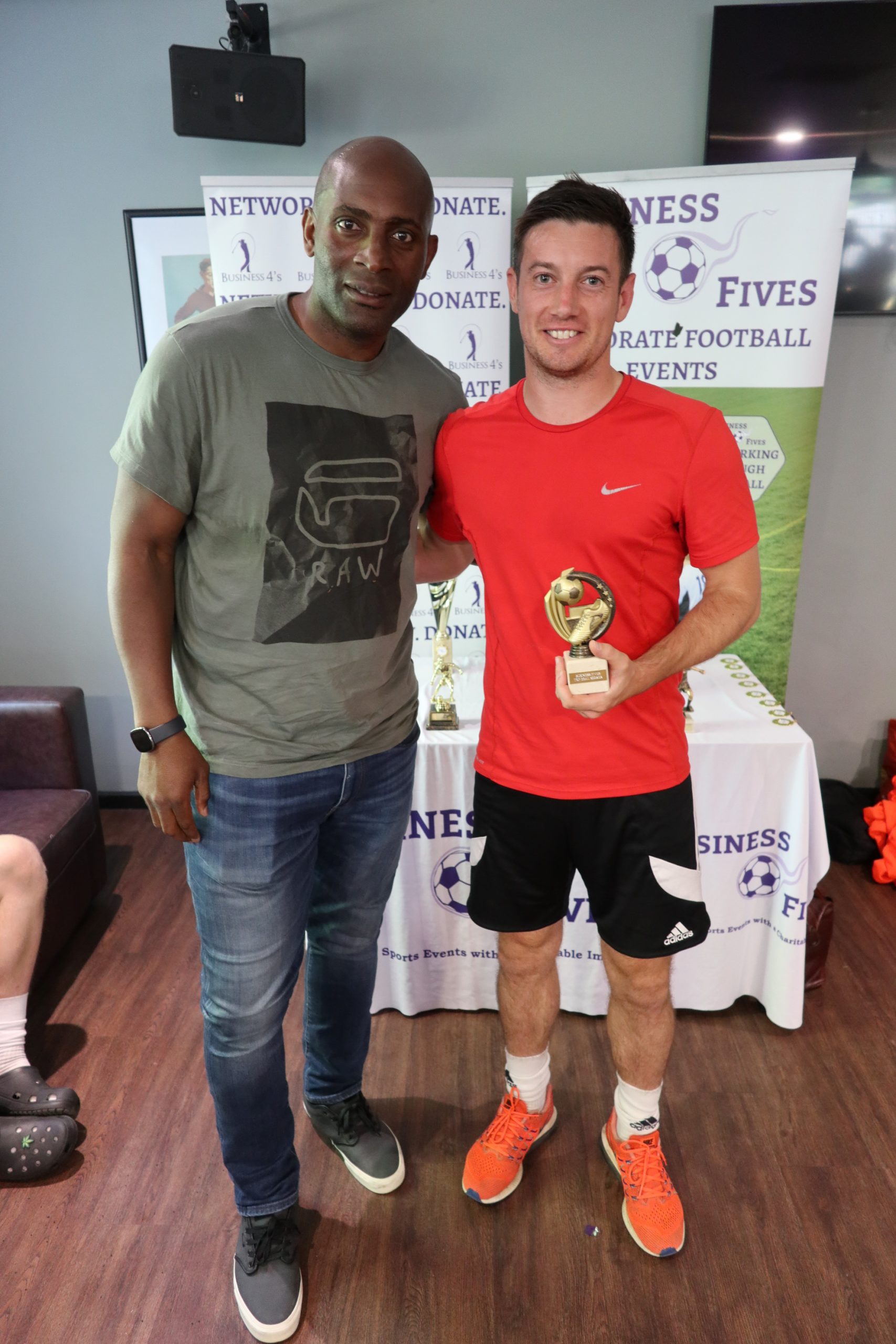 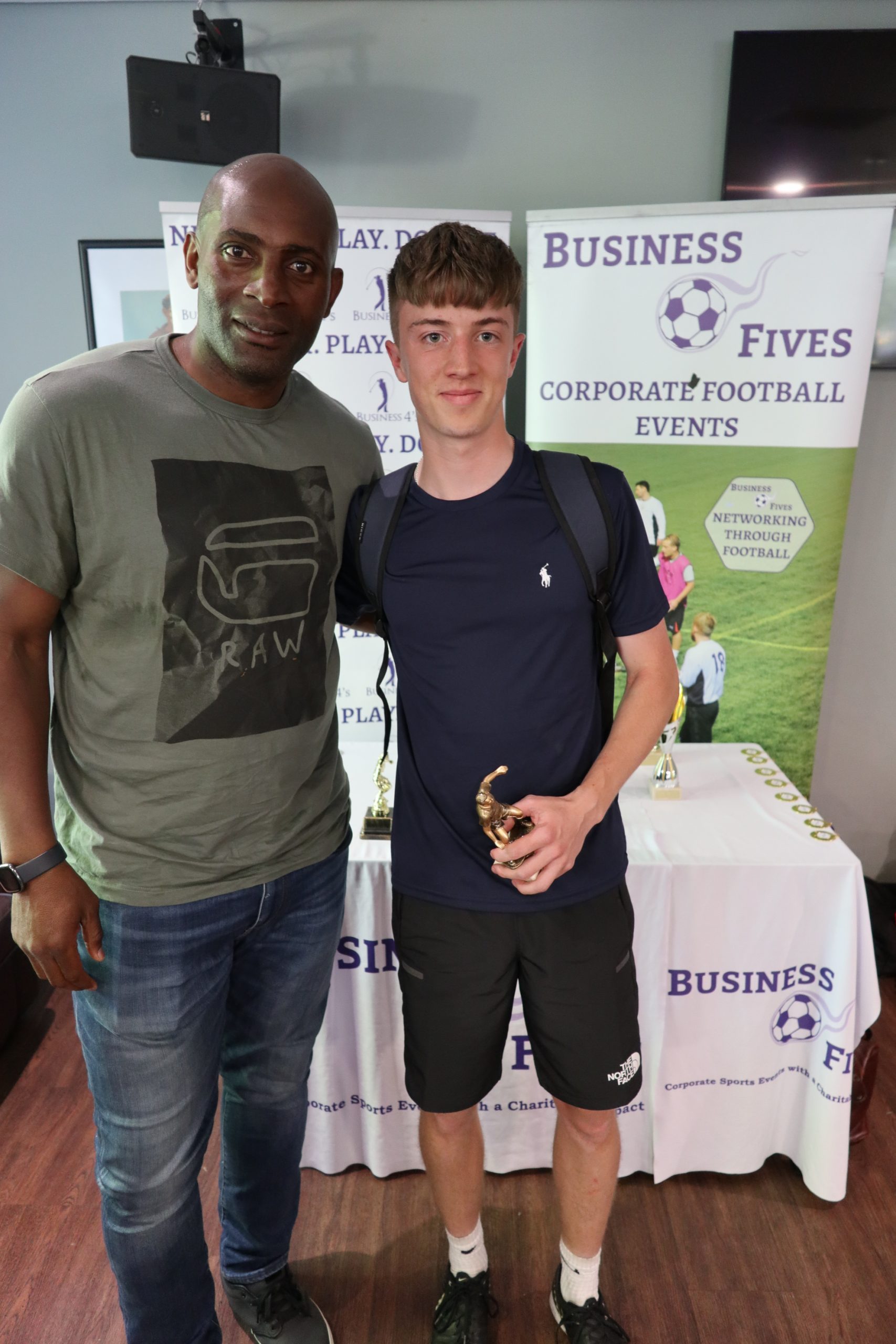 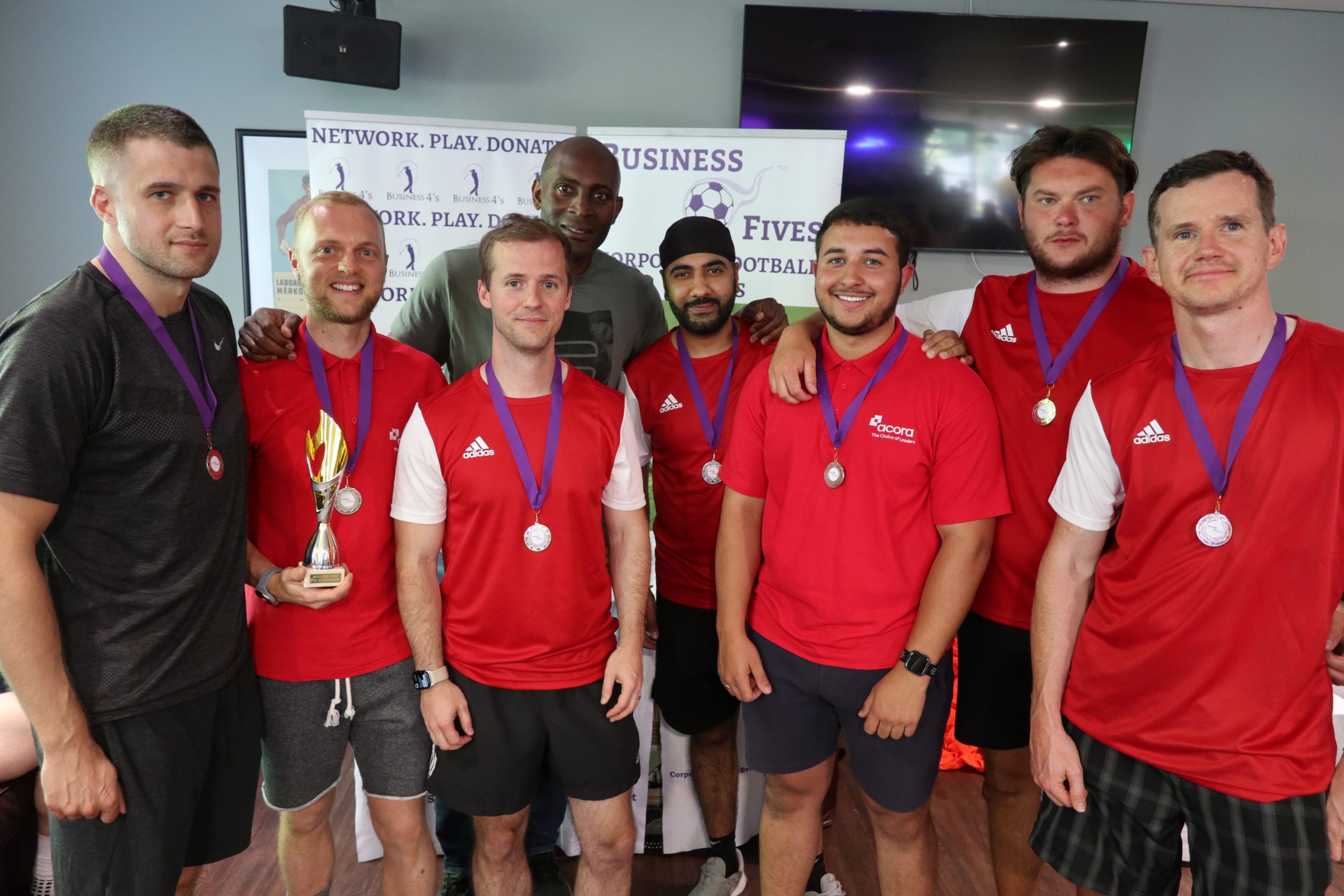 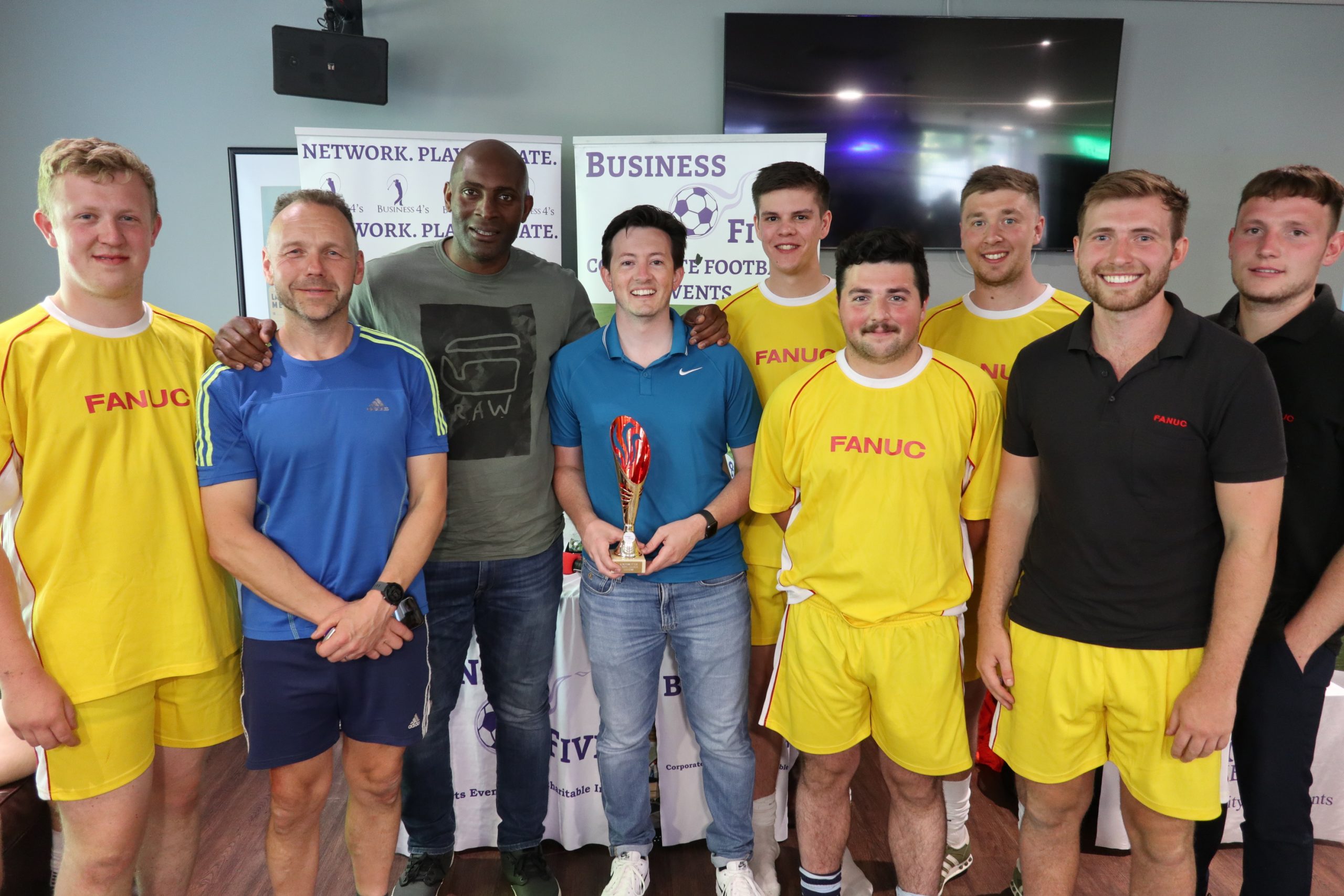 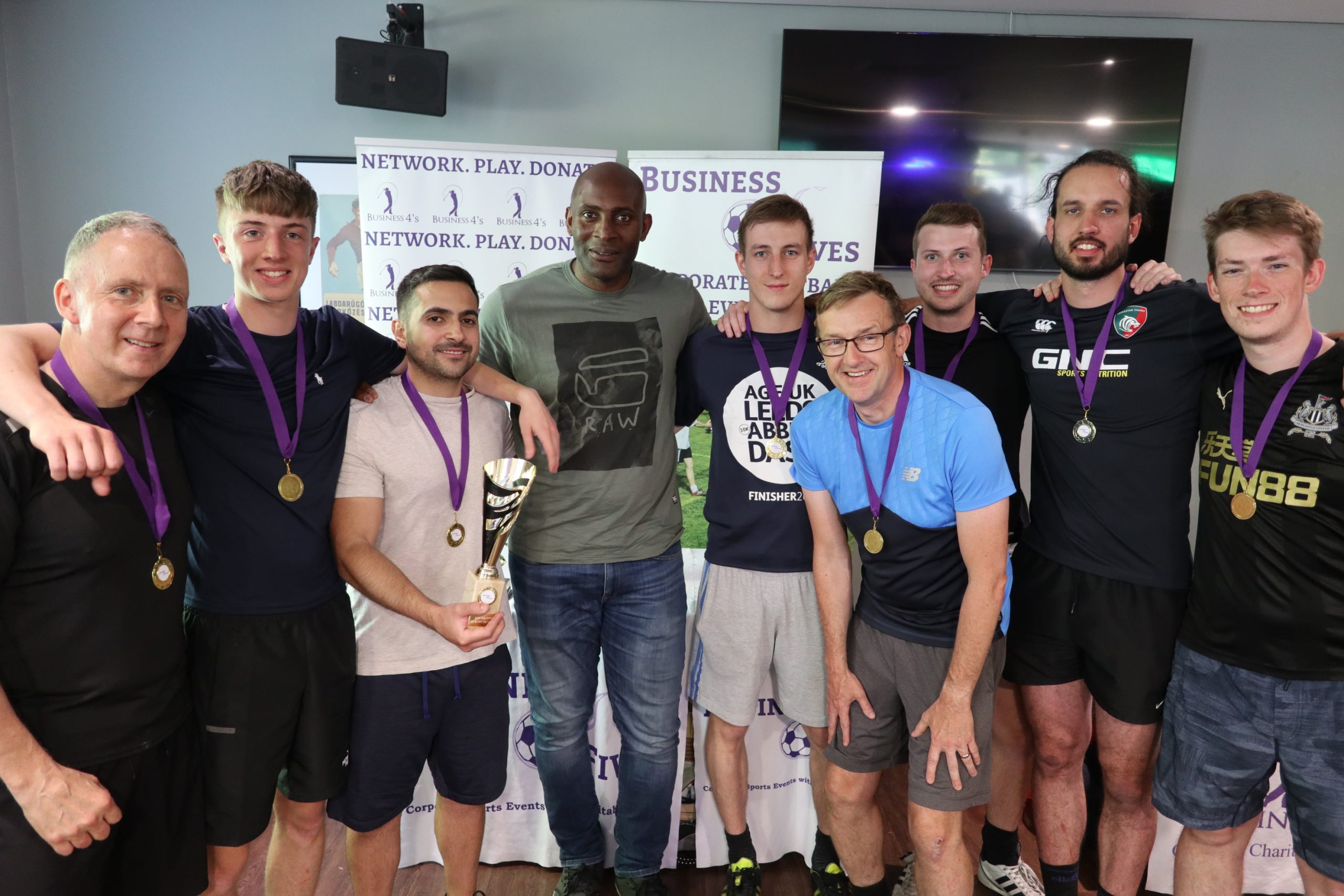 As the sun shone in Coventry, Business Fives hosted its first event in the city to kickstart its 2022 Summer season. 9 teams came together to compete for a donation for their chosen charity and hoping to secure one of the three qualifying spots up for grabs for the National Final this October.

Acora’s effort off the pitch was equally as impressive on the pitch as they topped the Europa League group and were promoted to the Champions League semi-final. After beating Actemium 3-2 in the semi-final they went on to face BakerHicks after their semi-final against Majenta ended in sudden death penalties.

BakerHicks went on to win the final by a 6-3 margin and won a £350 donation to add to their £95 raised for Myton Hospice.

Both teams secured their spots in the National Final set to be held on Tuesday 18th October in Leeds.

The awards were presented by Coventry City legend Dele Adebola after the teams were entertained by stories from his playing days. In the individual awards, it was Ben Maddock from BakerHicks who was selected as player of the match and Mark Turner from CloserStill Media who scored 11 goals to make him Top Goalscorer.

Mark’s efforts helped the CloserStill Media team make their way to the Europa League semi-final but after a 3-3 result, it was FANUC who progressed to the Europa League final after they won on penalties. There was a Listers derby in the other semi-final as the Audi and Volkswagen dealerships went head-to-head to secure their spot in the final as well as some internal bragging rights.

After a goal fest, it was the Volkswagen team who went on to face FANUC with a 6-4 victory. In the final it was FANUC who secured the final qualifying spot up for grabs after a 3-1 win. The team also won a £150 donation for Zoe’s Place.

Business Fives continues its season this week in Preston and then Manchester before hosting the remaining events across August and September with further stops in the Midlands for the Leciester, Nottingham and Birmingham qualifiers. A full list of the events can be found here.

By taking part you have all helped us raise over £325,000 through our events which we are absolutely thrilled with and we wish you every success in the tournament.