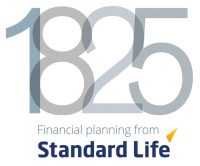 Scotland’s financial services industry met in Edinburgh on Thursday to play for their place in the final of Scotland’s national business five-a-side tournament.  The tournament has raised £19,230 for charities across Scotland throughout the duration of the qualifying heats with the Financial Services industry contributing £840 to that total.

Dr Gary Blackwood from tournament sponsors White Tree Chiropractic said “We here at WTC are delighted to have the opportunity to work alongside Business Fives, as we see sport and exercise as an integral part of healthy working offices We all know that exercise is one of the best ways to prevent ill-health, lowering blood pressure, raising energy levels and improving productivity and focus.”

The event was supported by Scottish Financial Enterprise and the players heard from tournament ambassadors Gary Mackay, Pat Stanton and Rhonda Jones before the awards presentation took place.

On the pitch it was accountancy firm and last summer’s Professional Services champions, Geoghegans who set the early pace with only Standard Life, reigning winter Financial Services champions, being able to take points off them as they drew 2 each in the group stages.  Geoghegans had raised £171 for Medic1 Trust before the event as they bid to win the overall donation for their chosen charity after losing out on penalties in last seasons summer final.

Standard Life were playing for Place2Be having raised £140 for them before the event and there only group stage defeat came at the hands of a team from Mortgage Advice Bureau in a thrilling 5-4 match.  The Mortgage advice specialists raised £130 for the National Autistic Society Scotland as they made their way to the semi-finals.

Defending Energy champions Maclay Murray & Spens suffered an injury to key player David Cruickshank in the group stages but still managed to reach the semi-finals as they played for chosen charity the Teapot Trust.

The team from Multrees investors raised £100 for MacMillan as they made their way to the quarter finals.  Stewart Investors, playing for JMA Trust, completed the quarter final line up but were unable to overcome Standard Life in a repeat fixture of the final from our winter financial services heat.

The semi-final match ups were closely competed with MMS going into an early lead against Geoghegans before Chris Steedman rekindled his goal scoring form on his way to lifting the top scorer award for the heat as the accountants booked their place at the national finals with a 4-1 win.

An even closer match saw Standard Life come from 2 goals down to eventually draw with Mortgage Advice Bureau with the tie eventually decided on sudden death penalties it was Standard Life who held their nerve to book their place at the finals.

MMS and Mortgage Advice Bureau had to settle for a third place playoff match with the winner securing qualification and it was the team from MAB Scotland who took that honour winning 3-1.

The final was always going to be a close match following the earlier group stages draw between the two but it was Geoghegans talisman, Steven Manson, chosen as Man of the Match in the final by Dr Gary Blackwood, that spurred his firm on to victory over the team from Standard Life.

The companies will battle it out to take home the prize of over £3,000 for their chosen charities at the final.