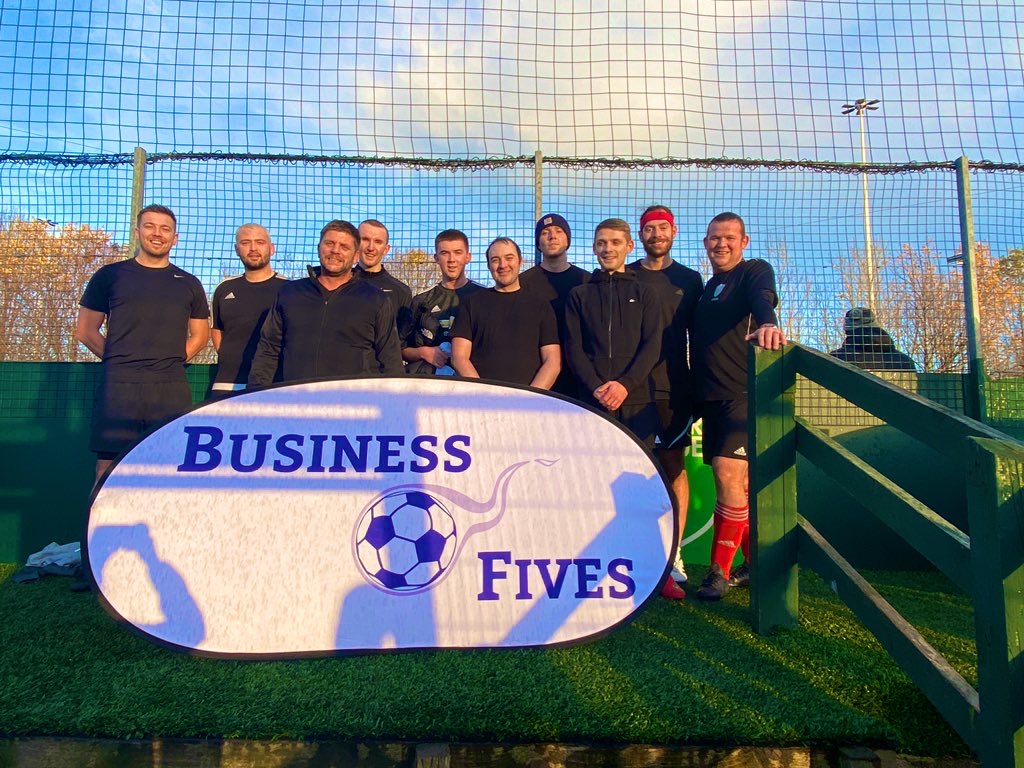 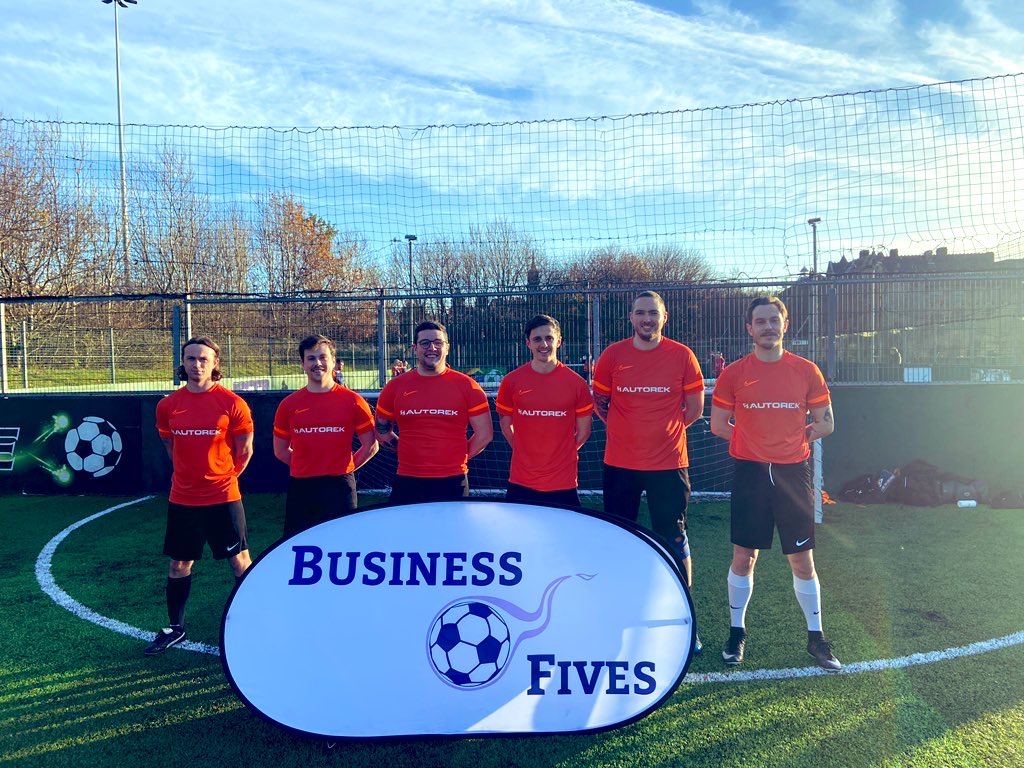 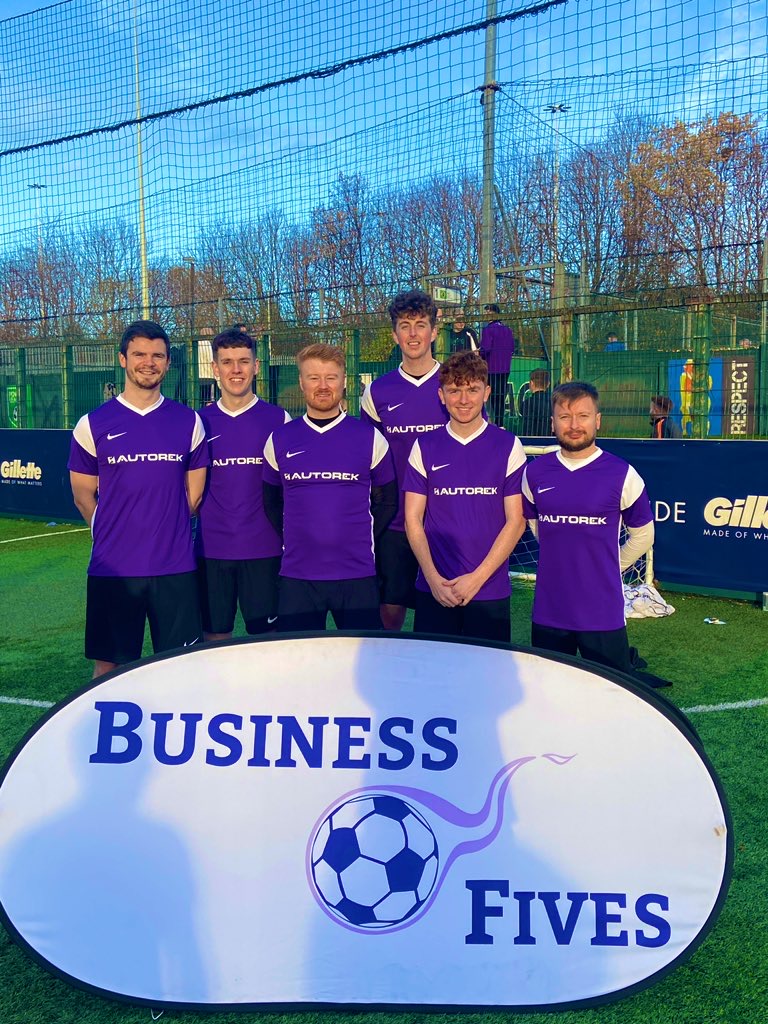 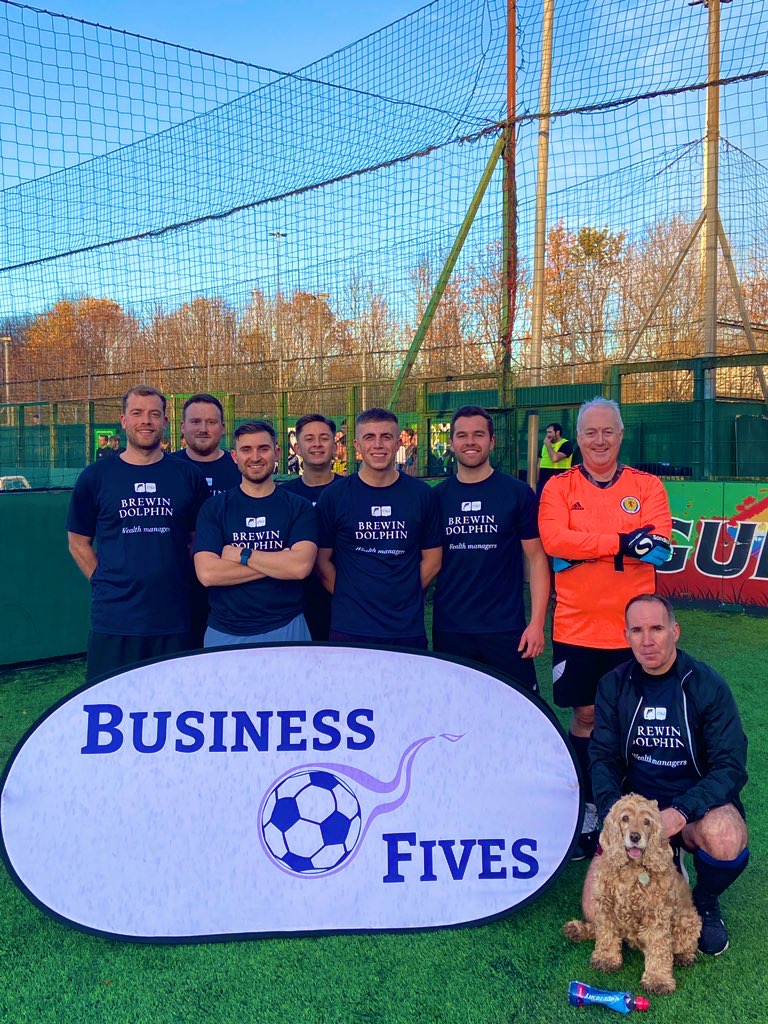 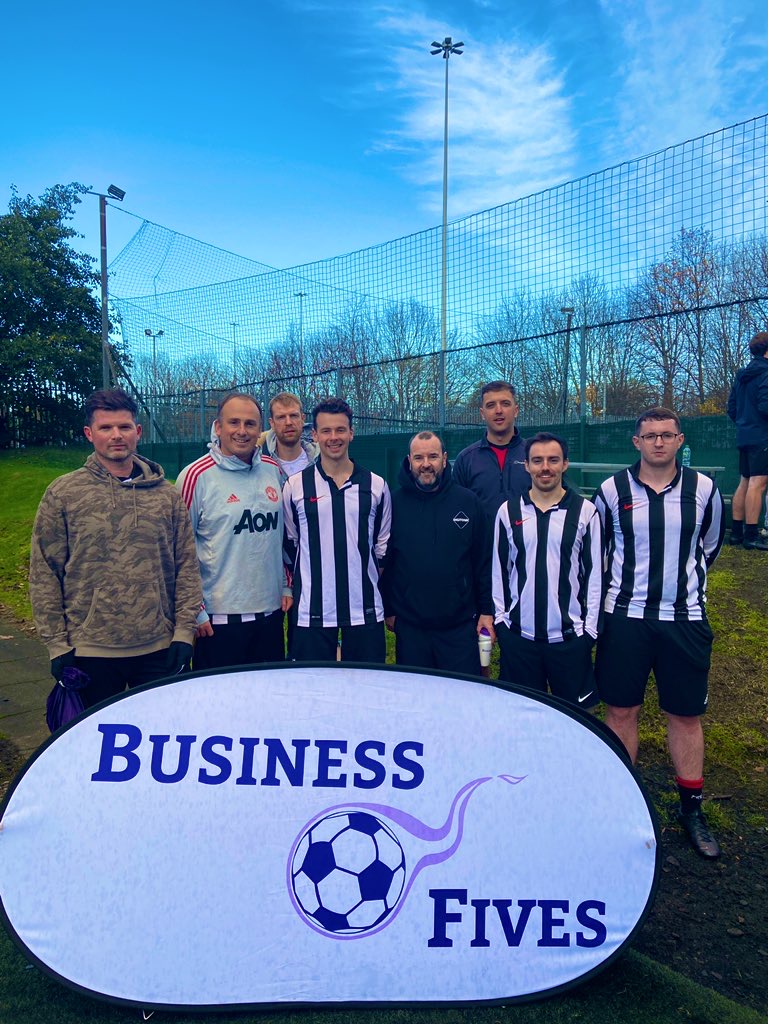 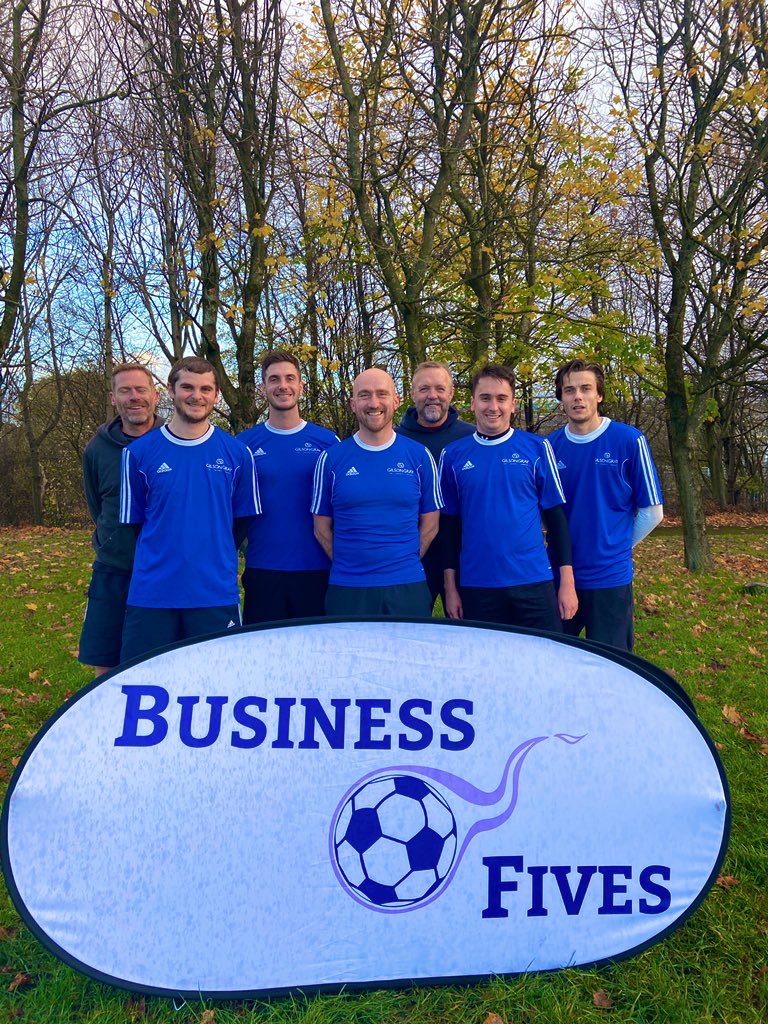 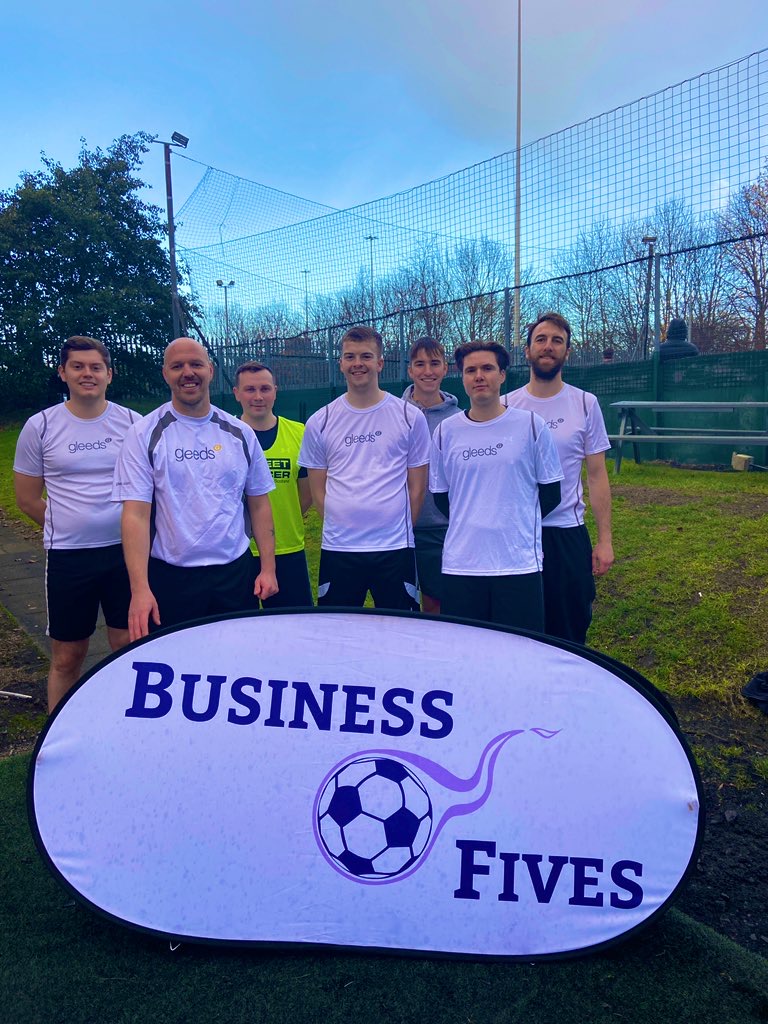 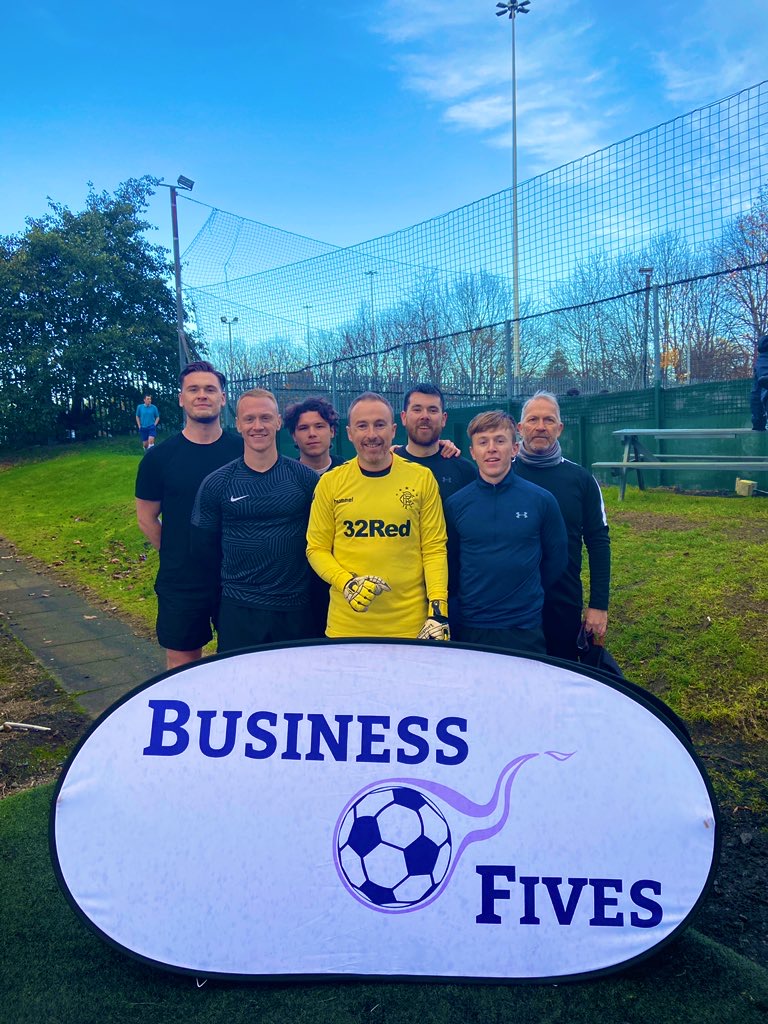 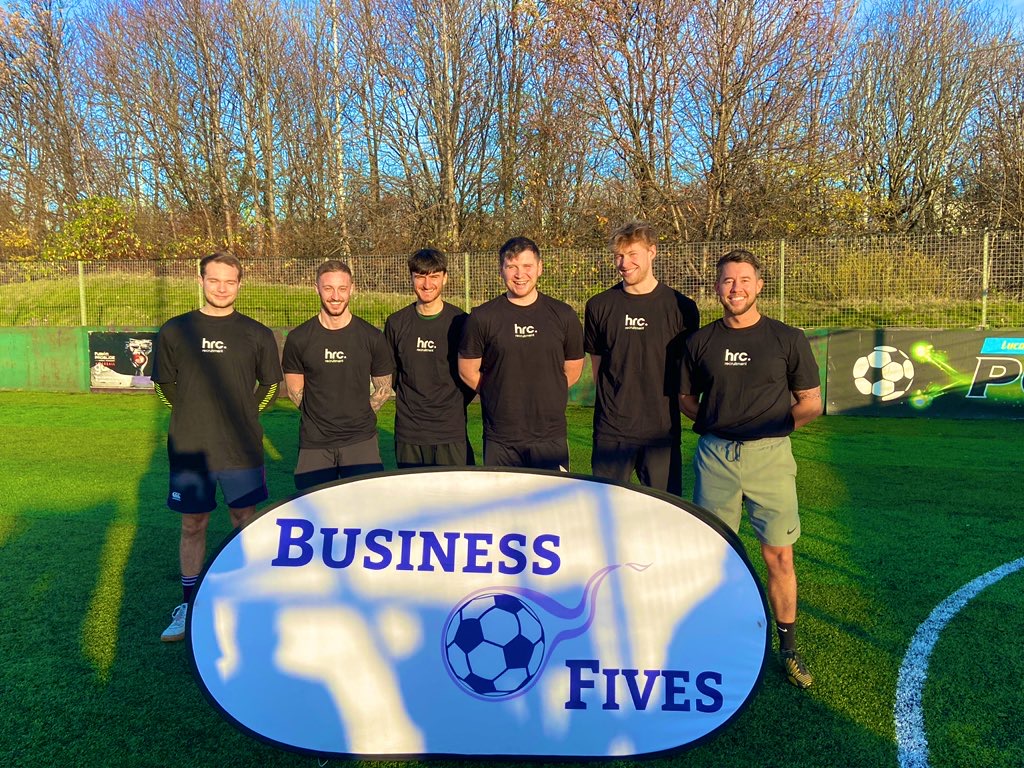 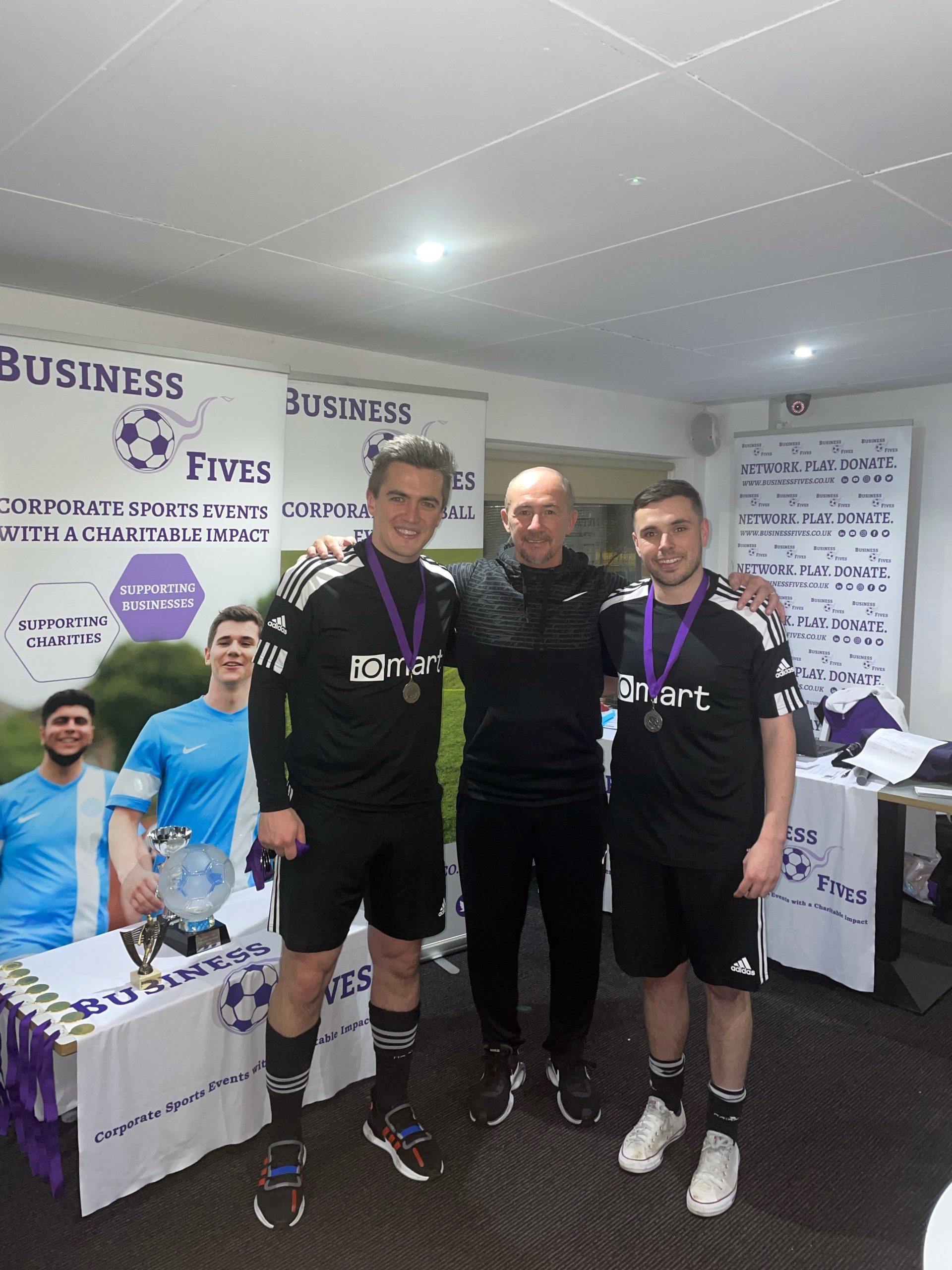 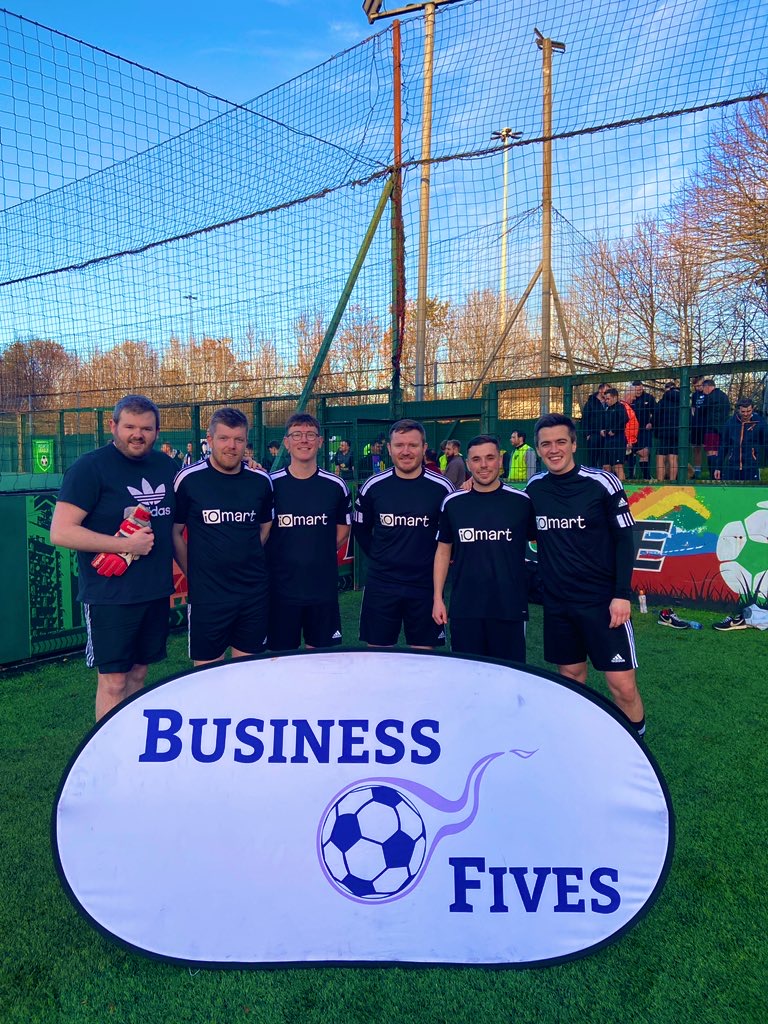 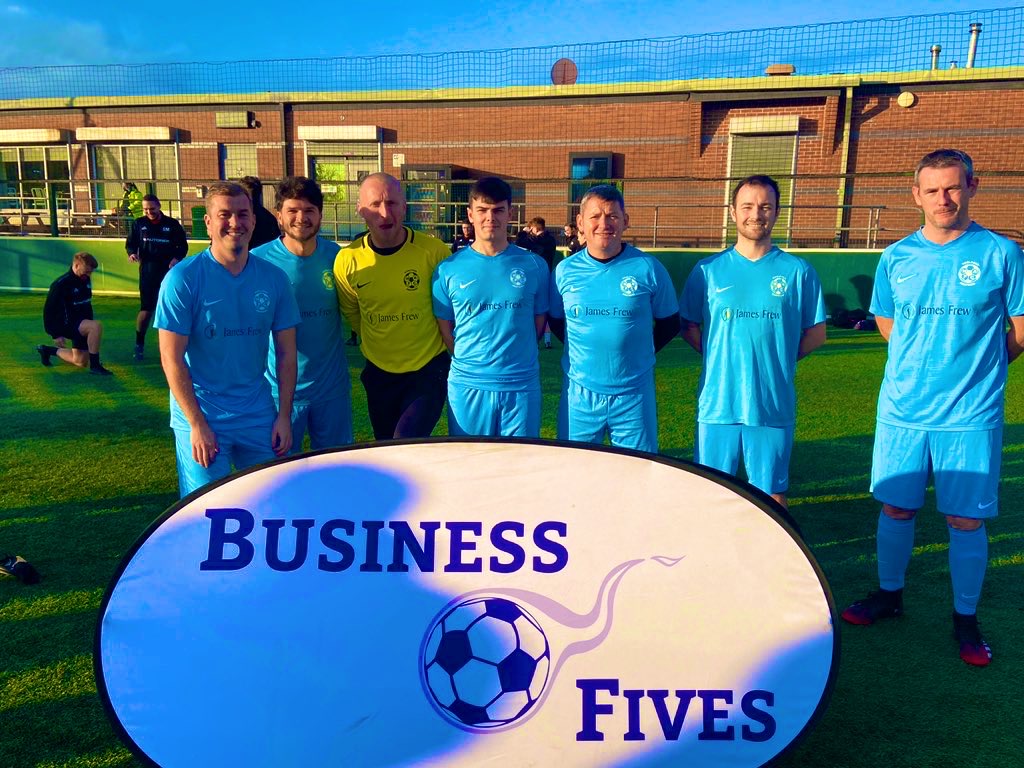 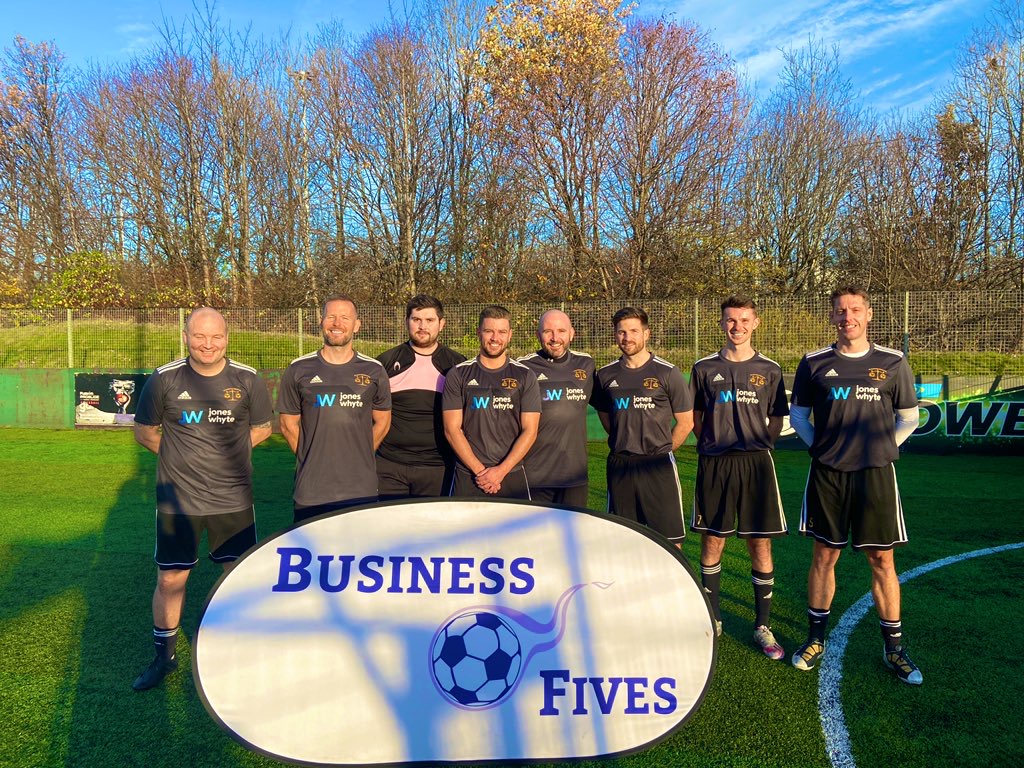 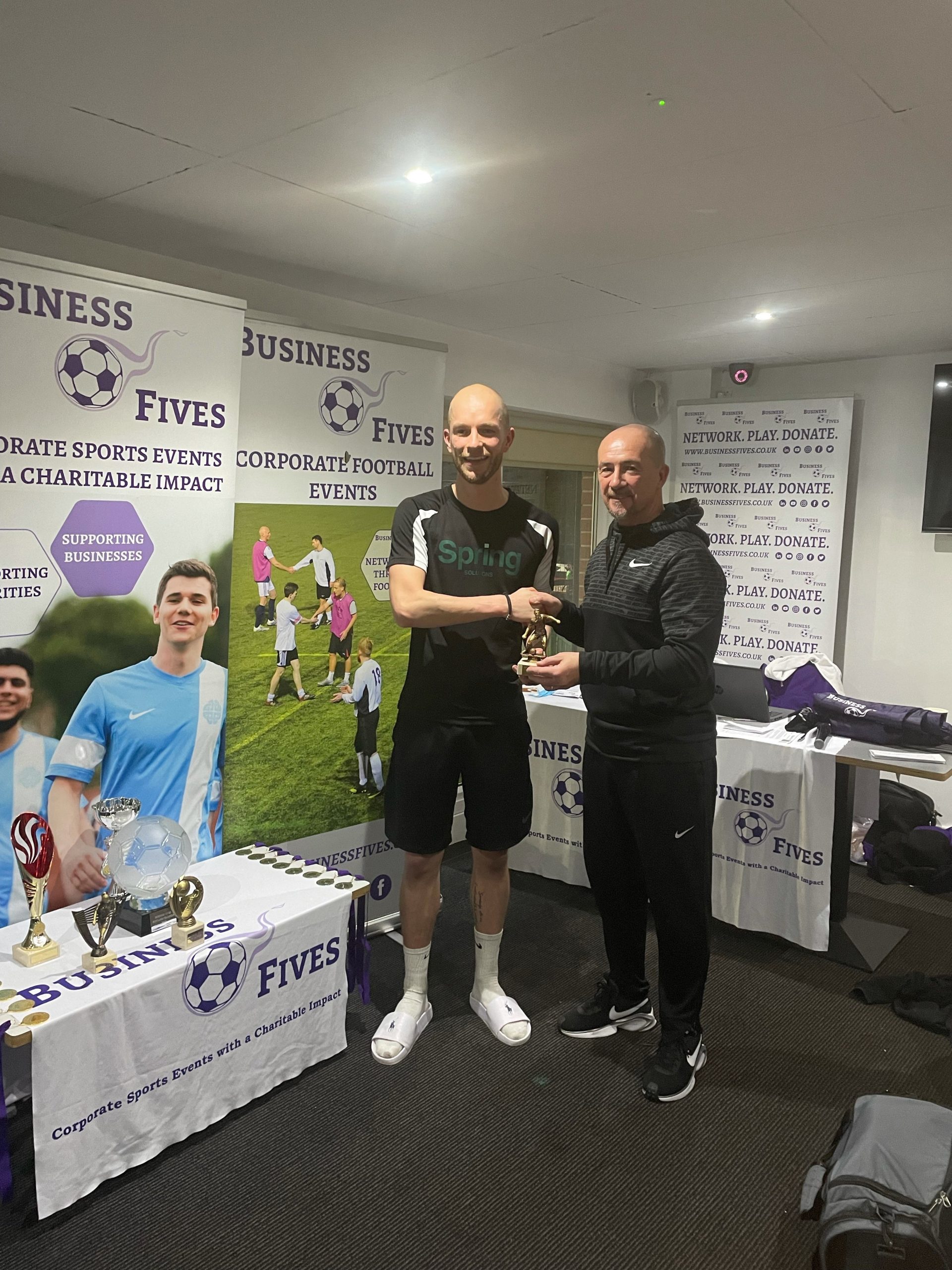 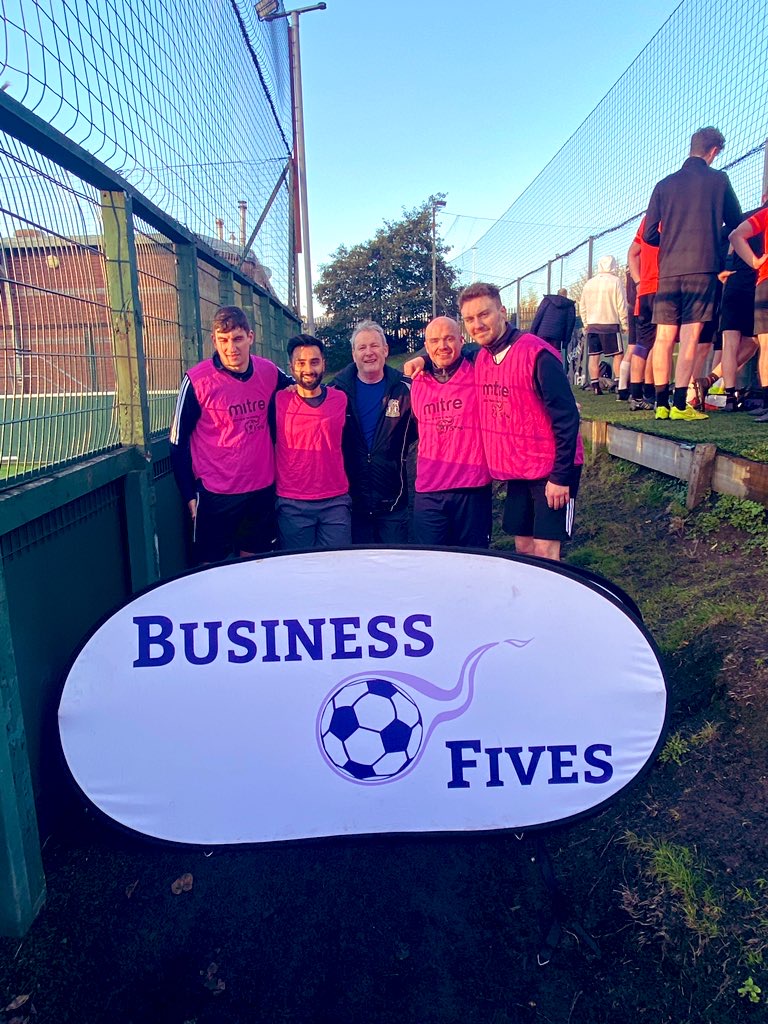 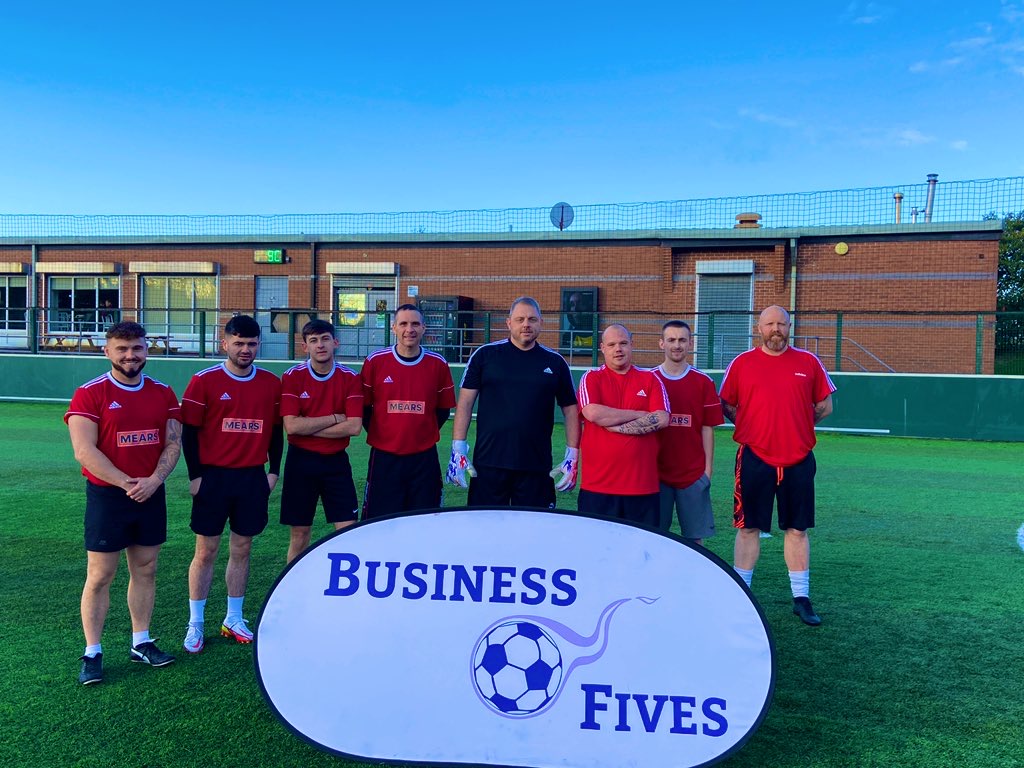 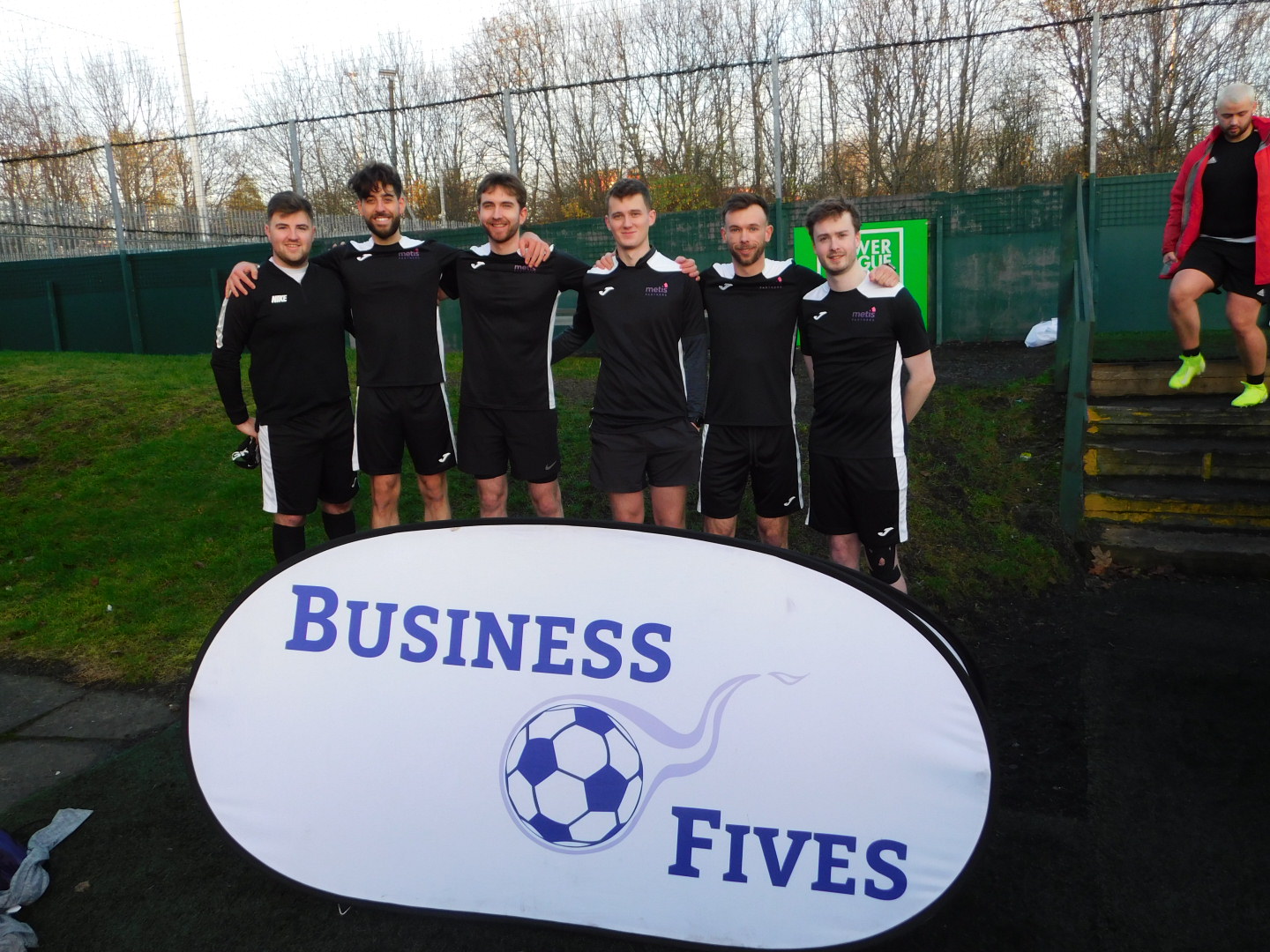 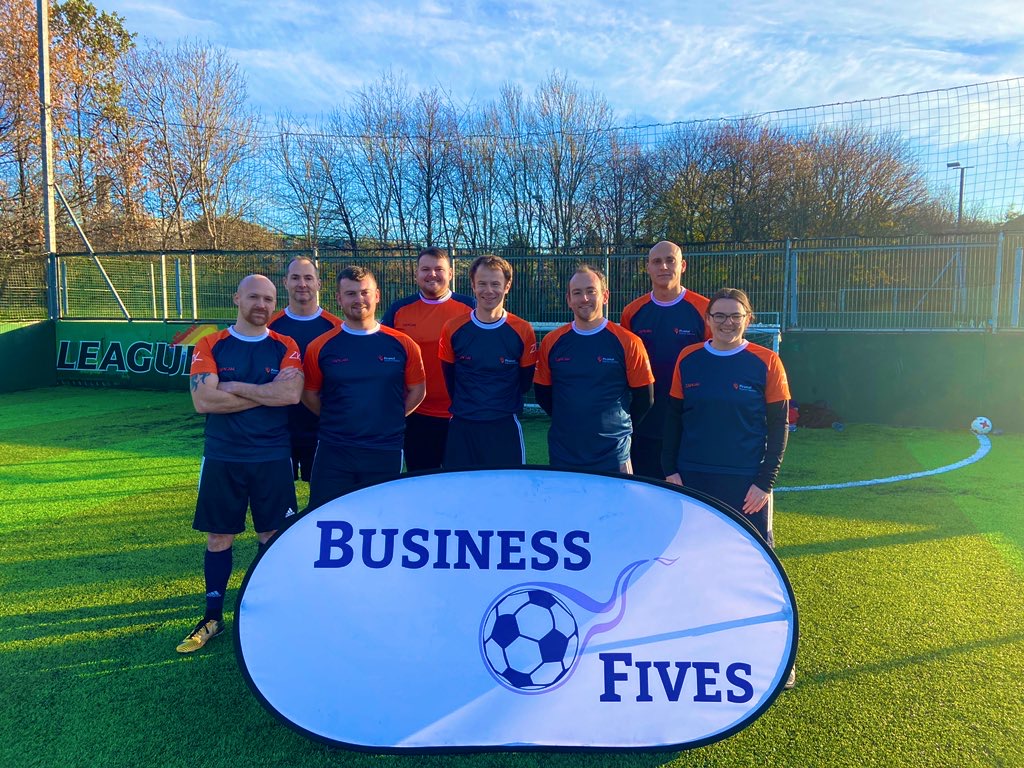 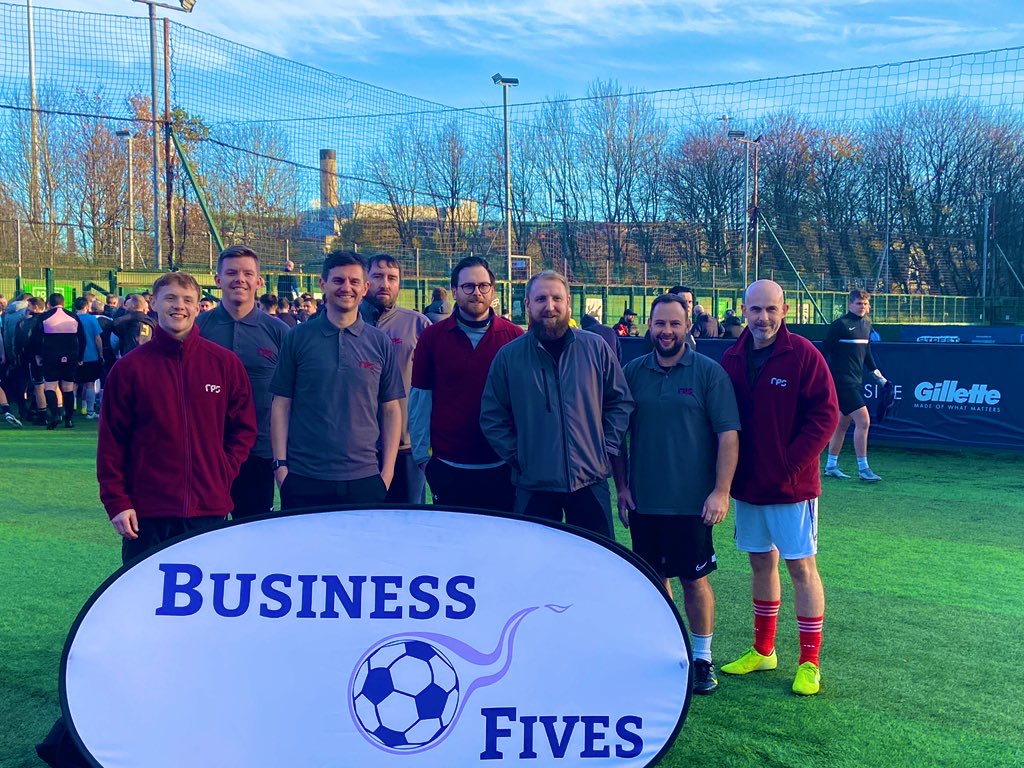 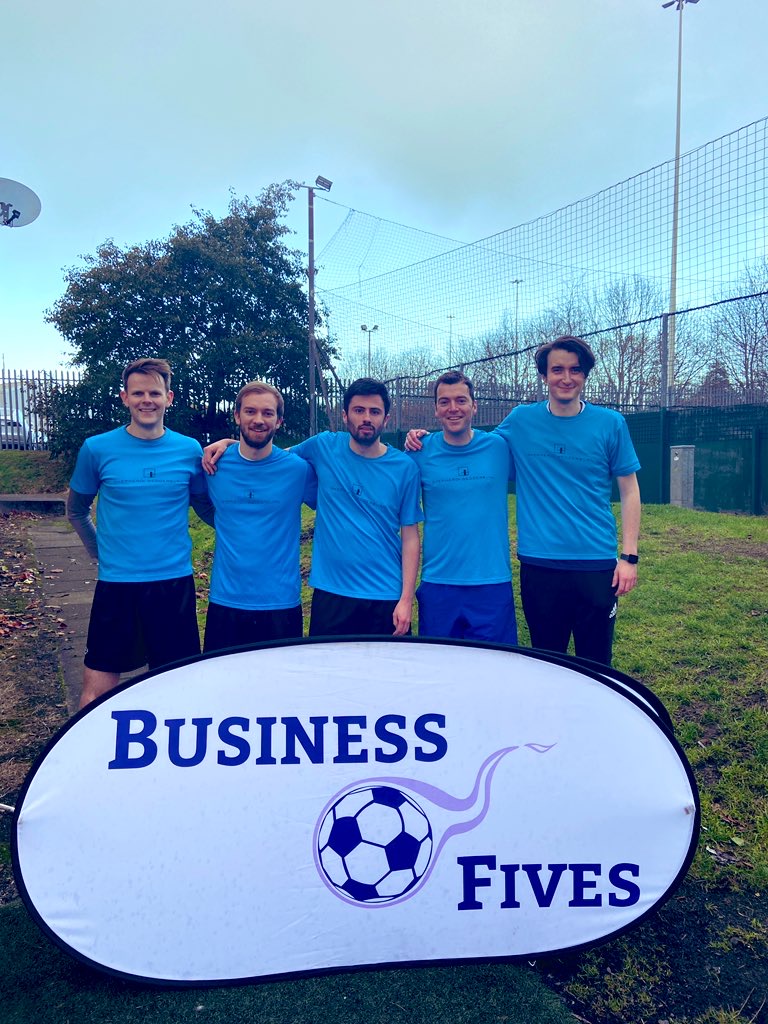 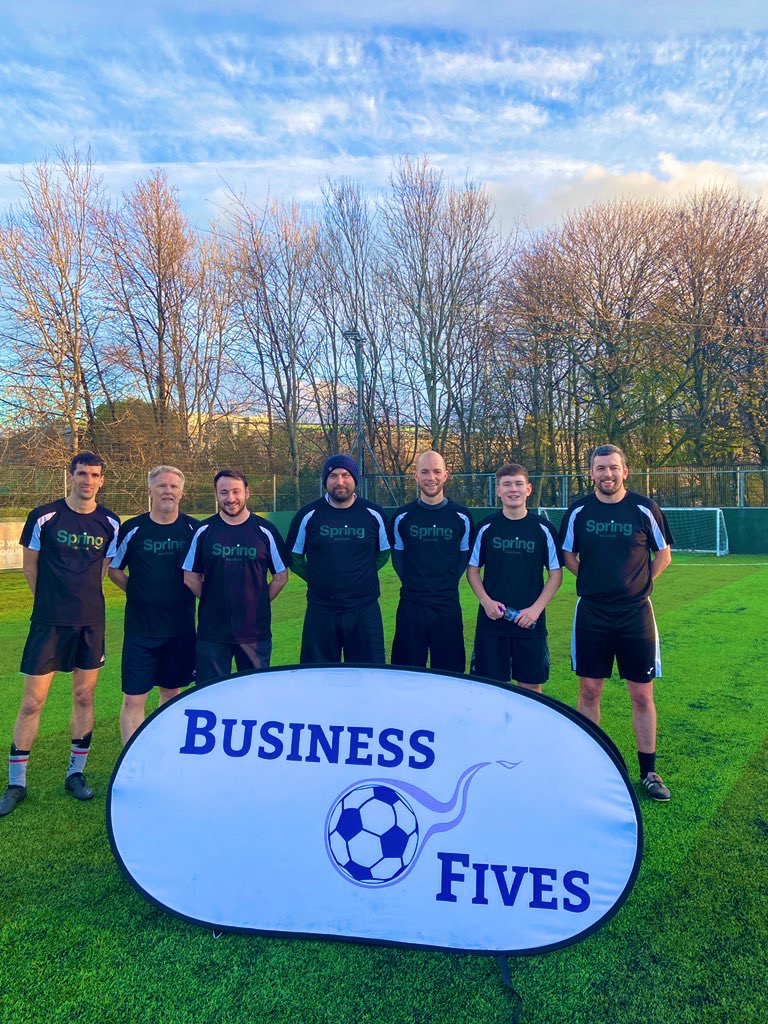 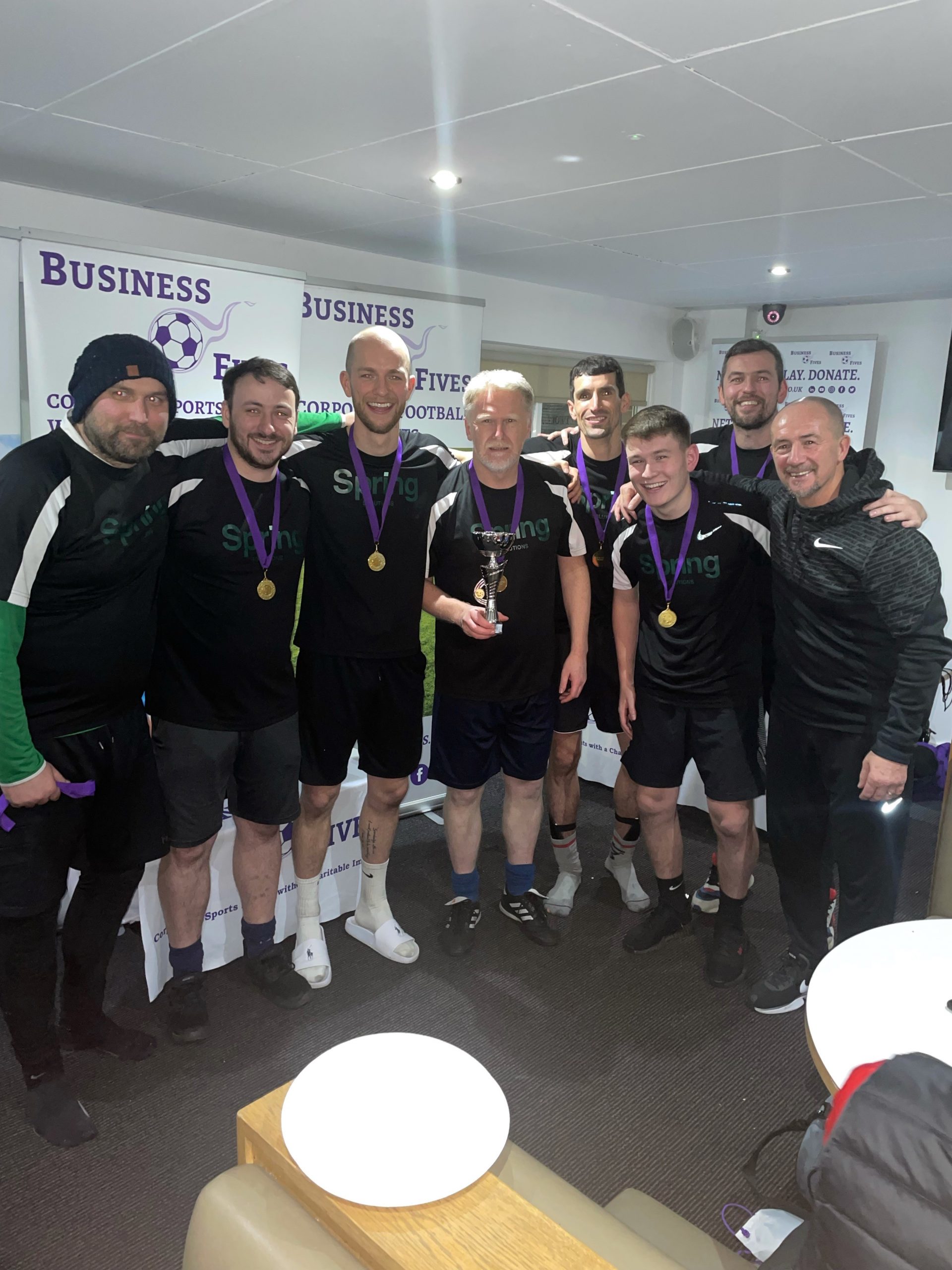 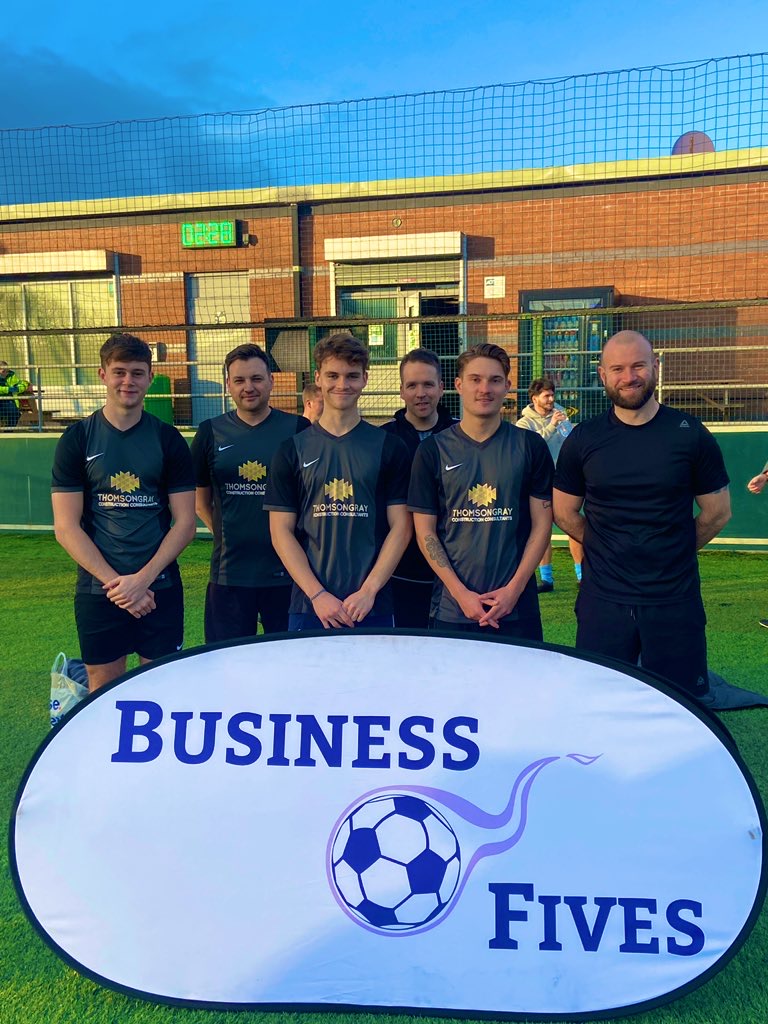 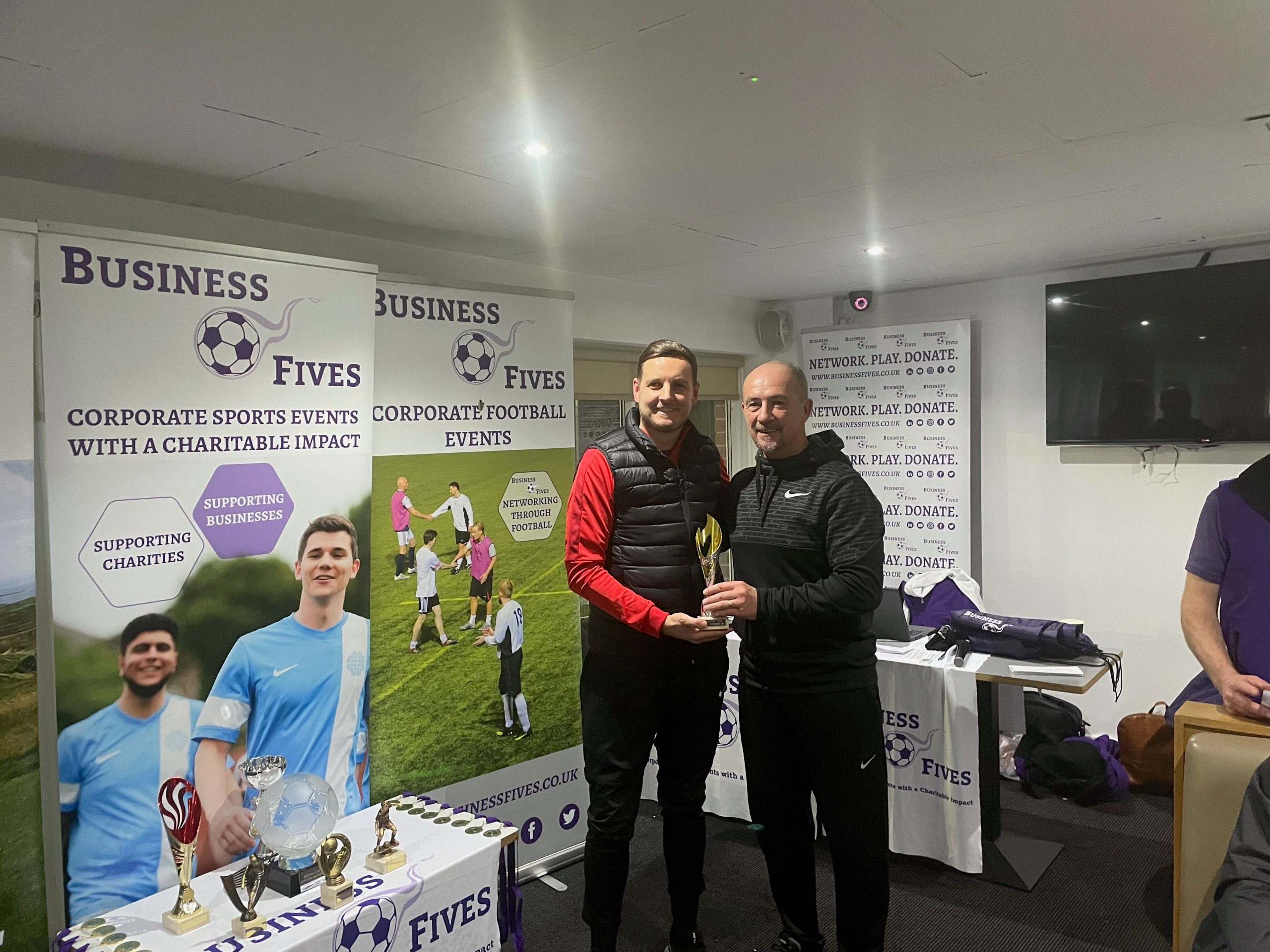 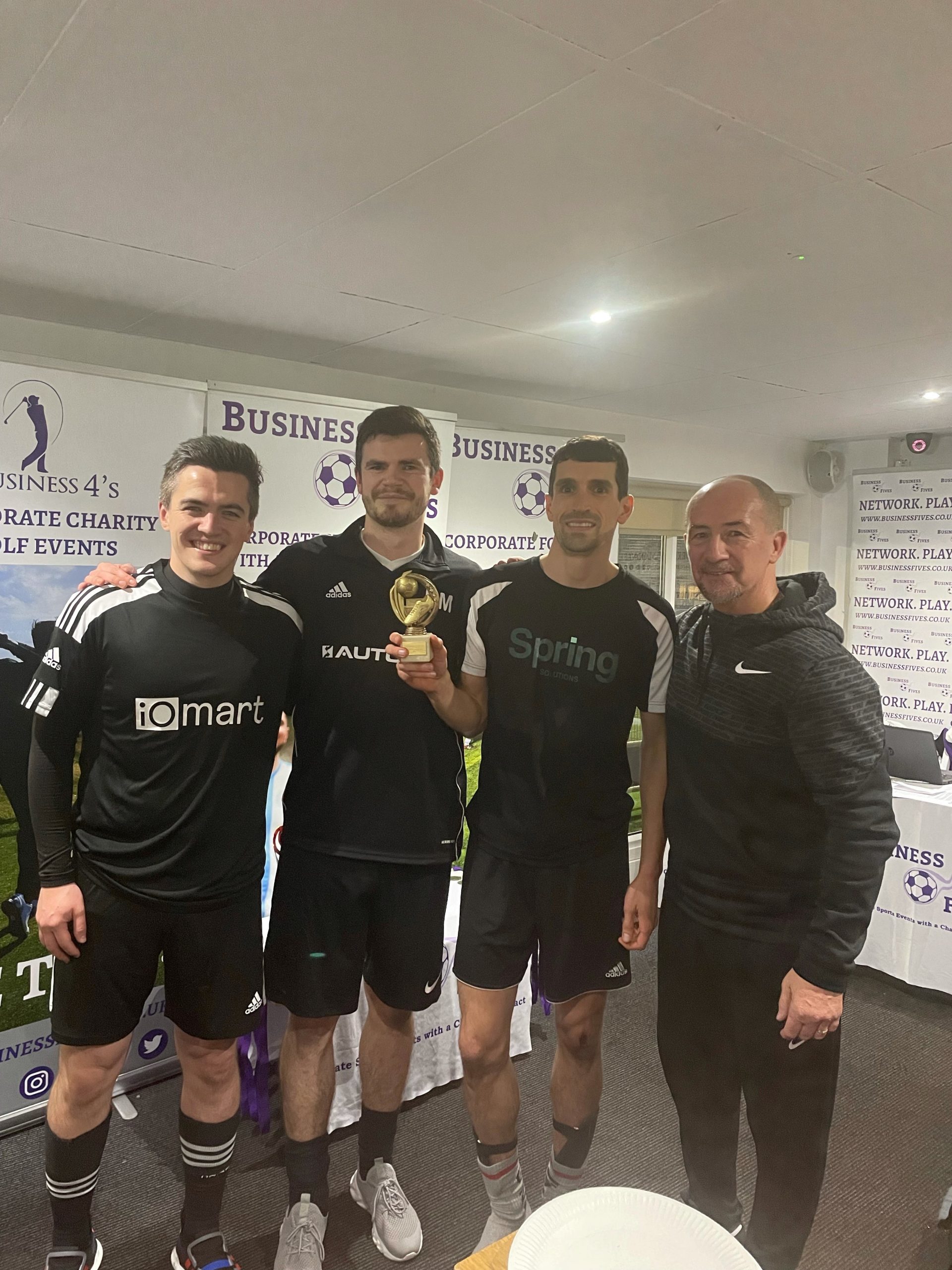 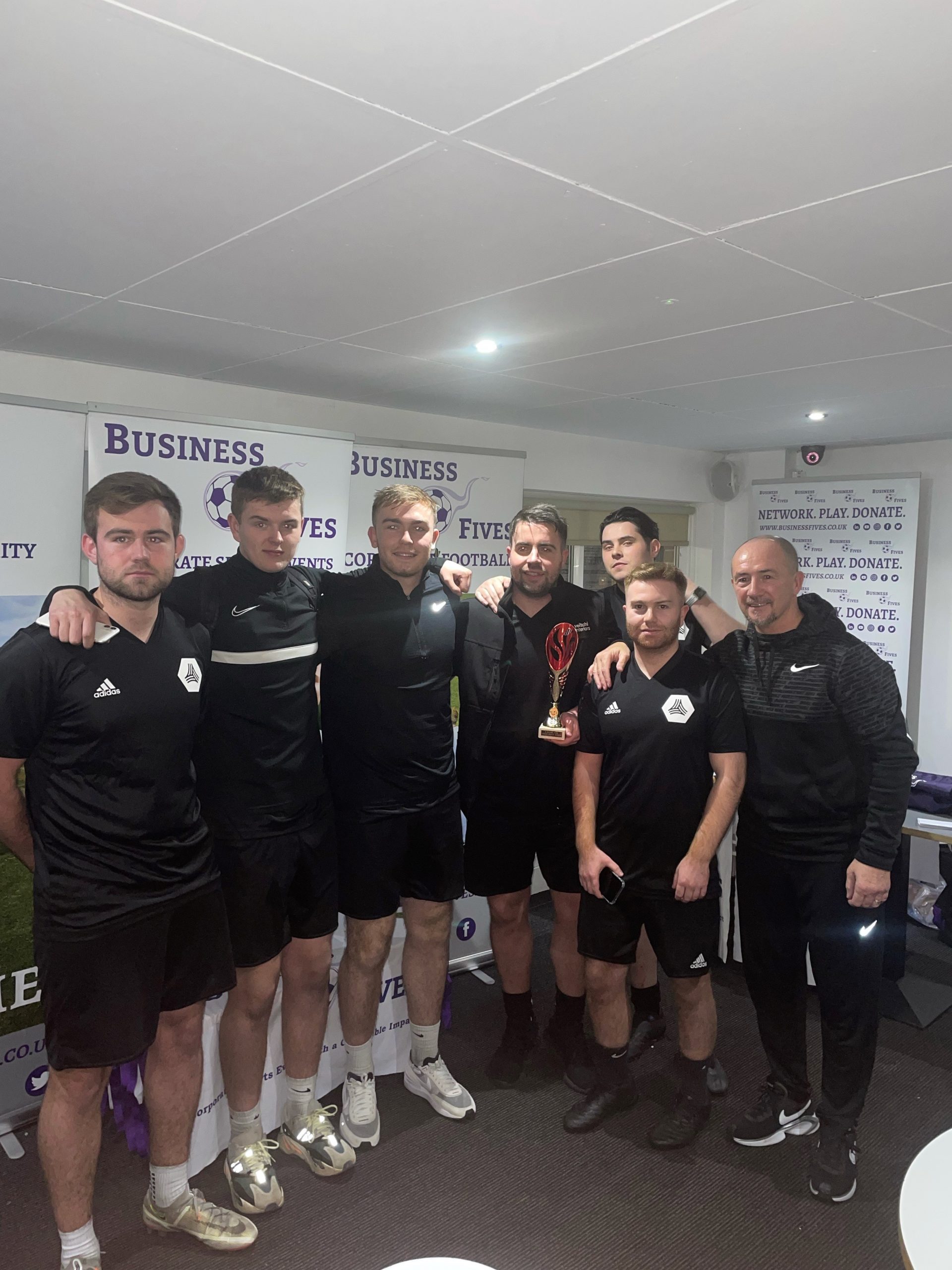 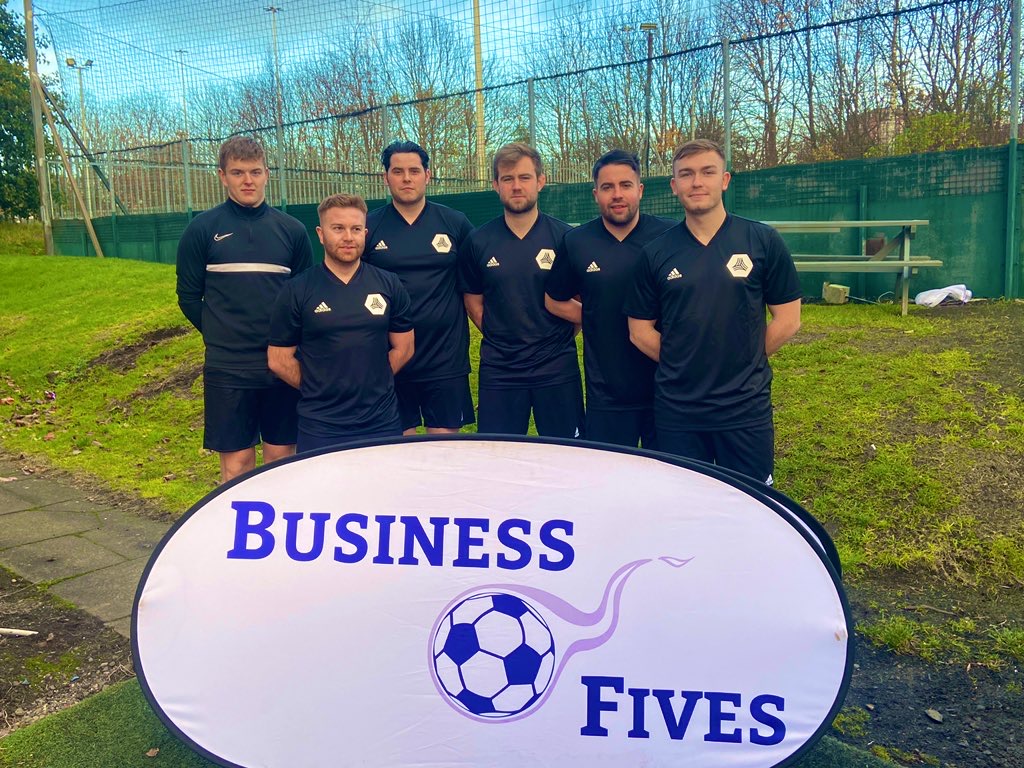 Business Fives returned to Glasgow after an almost 2 year absence in an event that proved worth the wait as 23 companies served up 316 goals and combined to raise £3,908.

That fundraising total took Business Fives ongoing charity total to £230,878. With three qualifying spots at the Business Fives National Final up for grabs, there is a prize of over £5,000 for charity to be won, there was a lot at stake on the pitch.

With the action across 80 fixtures coming thick and fast Jones Whyte, Ashurst, iomart and Spring Solutions all found themselves progressing into the Champions League semi-finals.  Eventually it was defending national champions, iomart playing in support of JDRF who took on Spring Solutions in the final as both teams safely secured passage to the National Final in Glasgow on Thursday 7th April 2022.

Spring Solutions eventually ran out 2 nil winners to win a £500 donation for Beautiful Inside & Out as Jonathan Ward was singled out by former Rangers hero, Derek Ferguson, as the man of the match in the final.

Controversially, it was a 3 way split for the top goal scorer trophy as Michael Ward from Spring Solutions, John Ritchie from iomart and Daniel McCrossan from AutoRek all finished on 9 goals however retrospectively it was discovered that Ashurst star Sonny Coll hit the back of the net 10 times to bag another top scorer award.

In the other individual awards Megan Gibson from Piramal Pharma Solutions was selected as the Player of the Tournament for her contribution to the Piramal sides run to the Europa League semi final.

In that section, Gilson Gray, Metis Partners, Veitchi Interiors and Piramal all opted to try their luck at securing qualification through the Europa League route.

It was Metis Partners and Veitchi Interiors who progressed to the final where Veitchi ran out 6-3 winners in a thrilling final to lift the Europa League trophy, scoop the qualifying spot and bag themselves a £250 donation for their chosen charity, CHAS to add to the £164 the team had already raised.

Derek Ferguson entertained the players with stories from his playing career which included league and cup wins, finals and a look ahead to the rest of the SPFL season at the post match Q&A.

Business Fives will be back in Glasgow on Tuesday 1st February for another qualifying round and full details can be found on our website here.

Welcome to the Glasgow Football Tournament Fixtures and Results page.  You will be able to keep up to date with all the results from our Glasgow event.   You can find our full tournament rules on the site here.

To find all the fixtures, click on the relevant ‘Fixtures’ worksheet on the bottom tab of the spreadsheet.

The Tournament worksheet is open by default with time and pitch number outlined on there for your matches.

The scores will be updated live as we received the confirmed results from the referees a the event. 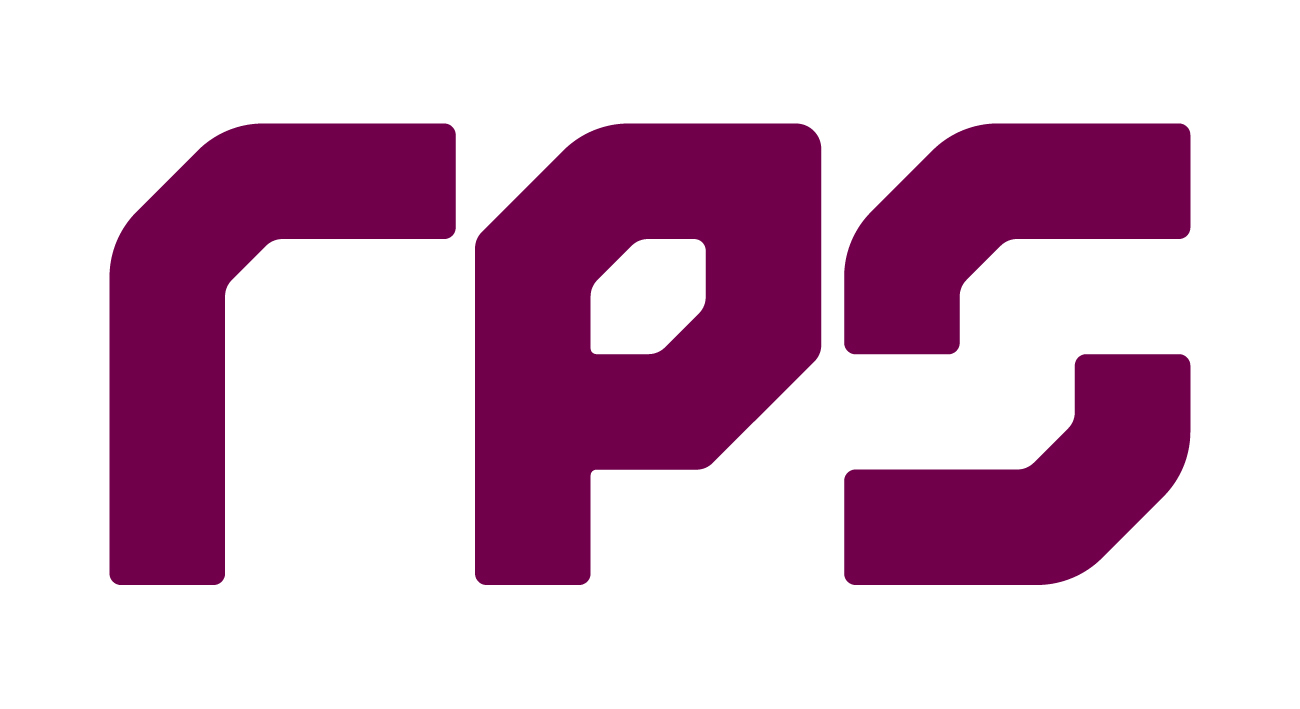 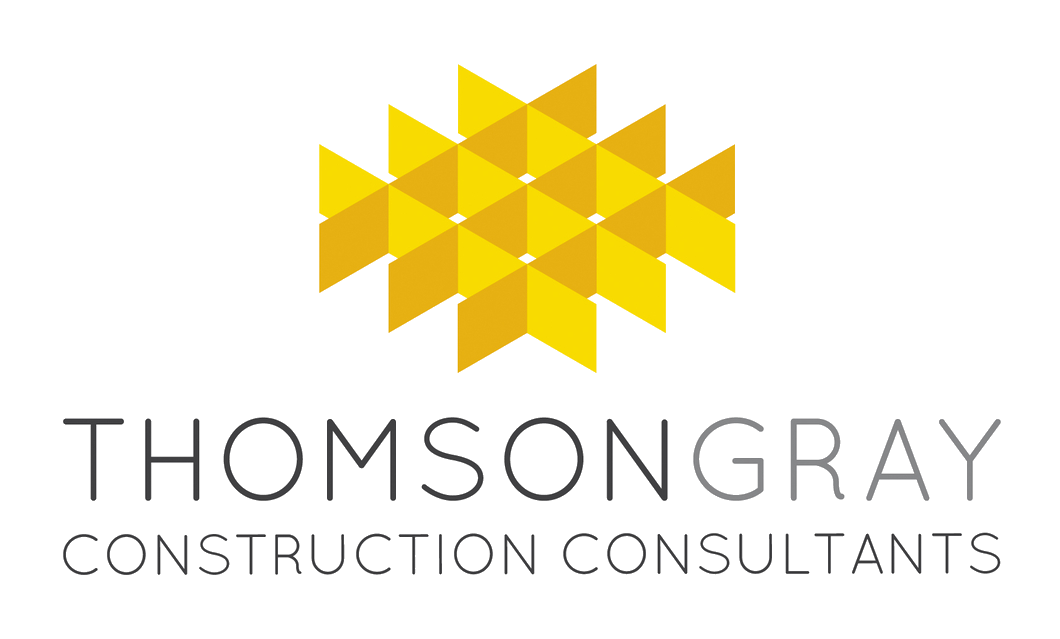 Prizes up for grabs

In terms of Health and Safety, there will be medics on site.

Advising players not to shake hands but to bump elbows post match and we have handwash stations next to the pitches and in the bar area. Please wash your hands before and after going on the pitches.

You can follow us on social media and both finals of the Europa League and Champions League will be streamed live.  With all the coverage it’s a good time to remind you that you will be representing your company so play with respect.

By taking part you have all helped us raise over £200,000 through our events which we are absolutely thrilled with.