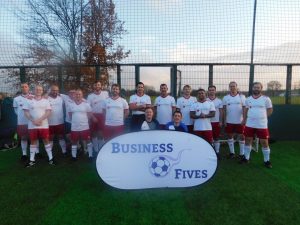 Business Fives debuted their Nottingham corporate football event on Tuesday with 21 local companies represented at the tournament raising funds for various local causes.  With 276 goals across 68 matches, the 150 players found the back of the net with regularity and also knew how to score for their charities raising over £6,000. 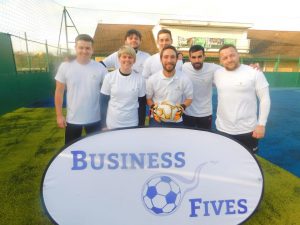 With the top five fundraising totals enough to scoop most event Top Fundraiser awards it was Mansfield Building Society who topped the pile raising a whopping £4,472 for Macmillan Cancer Charity, a Business Fives best. They collected their trophy from Nottingham Forest European Cup winning heroes Garry Birtles and Colin Barret with their very own Vicky Cook picking up the Player of the Tournament award to put the icing on the cake.

Mansfield saw off stiff competition from Countrywide Surveyors who raised £308 for Mind, Charnwood Molecular who raised £339 for Franework, BGF who raised £400 for Teenage Cancer Trust and Adzooma who raised £544 for SMA UK.

With a goal fest served up on the pitch it was Forsyth Barnes who scored 25 on their unbeaten run to the final. They overcame the Adzooma team in the champions league Section final despite a man of the match performance from Ashley Leigh and the goal scoring efforts of tournament top goal scorer Adam Rowley both from Adzooma. 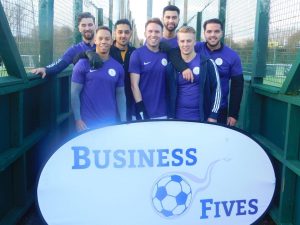 It was the Forsyth Barnes keeper, Roheel Ahmad who proved to be the hero after his penalty save in the penalty shoot out.

The beaten Champions League semi finalists Gleeds and E-Days will join the winners and runners up as they sealed their place at the England National final which takes place on Wednesday 8th April.

The final place up for grabs at the National final went to the Europa League champions and Waldeck Consulting found themselves in the final against BGF investments.  It was the BGF team that held their nerve to win the match 1-0 and secure their place at Aprils event. 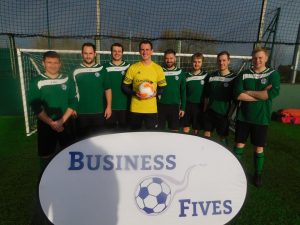 After the tournament players were treated a post match debrief and question and answer session with Barrett and Birtles who shared stories from their playing days under Brian Clough as well as fond memories as they both scored against Liverpool on their way to European Cup glory.

The Business Fives action takes a break for Christmas before returning with events in Bristol, Leeds, Newcastle, Manchester, Sheffield, Liverpool, Leicester, Birmingham, York and Hull before the action culminates at the national final where companies will be playing to win their donation to win the Business Fives donation for their chosen charities. 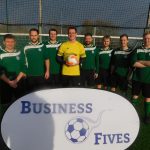 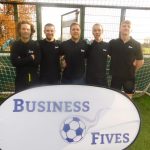 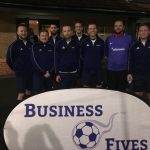 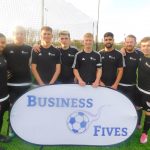 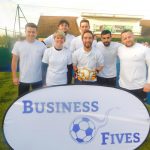 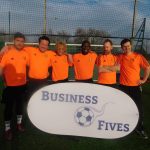 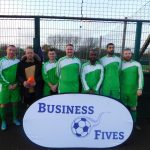 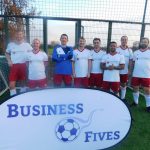 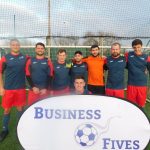 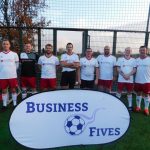 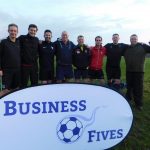 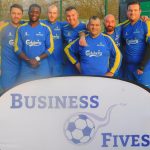 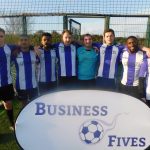 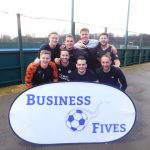 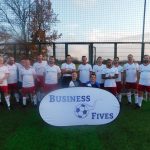 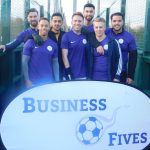 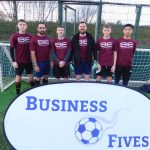 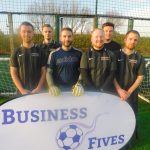 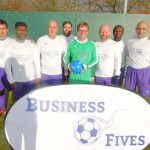 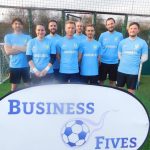 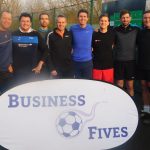 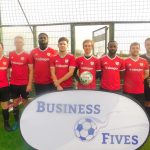