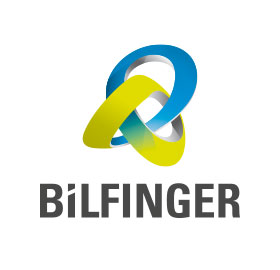 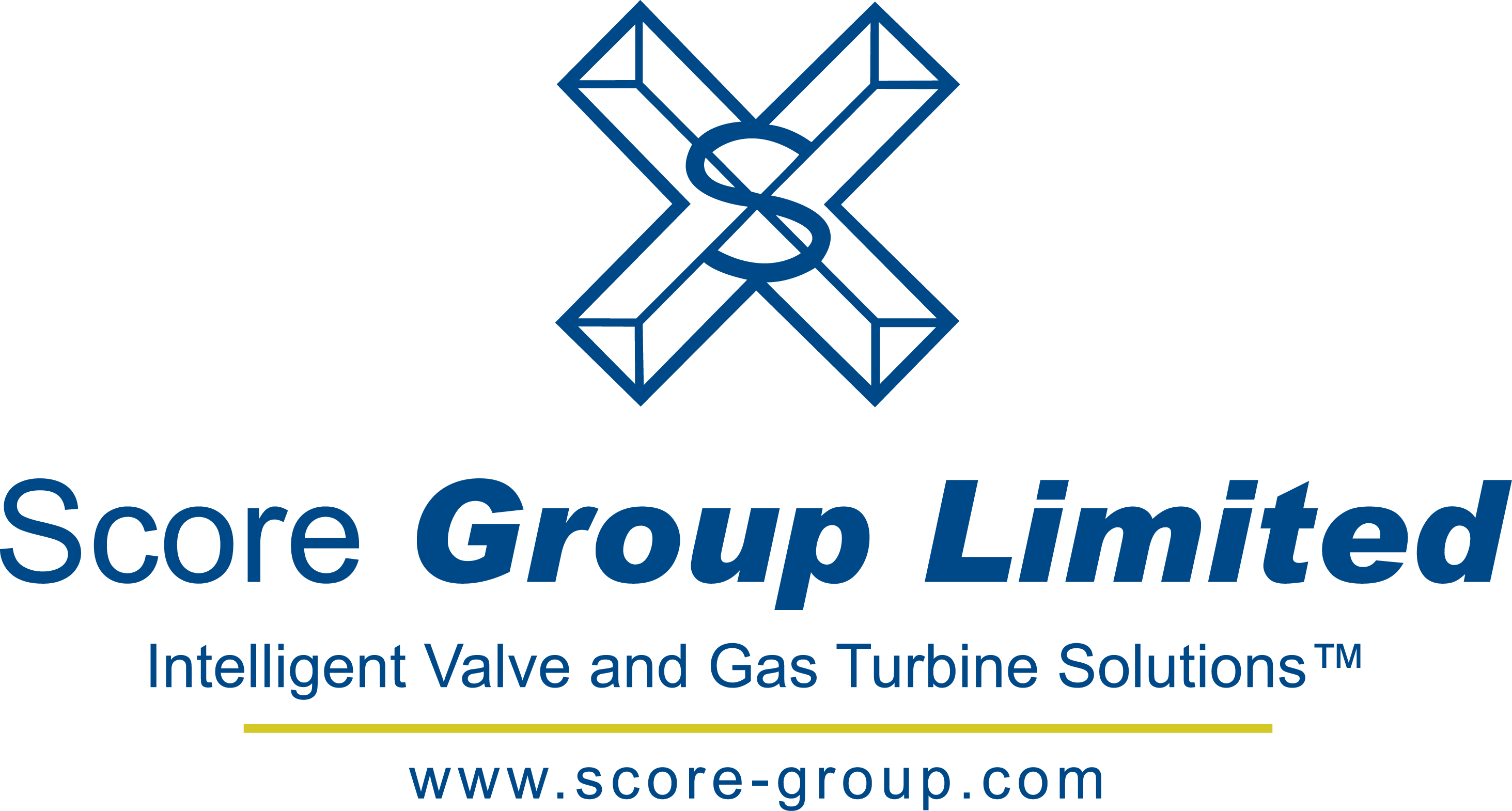 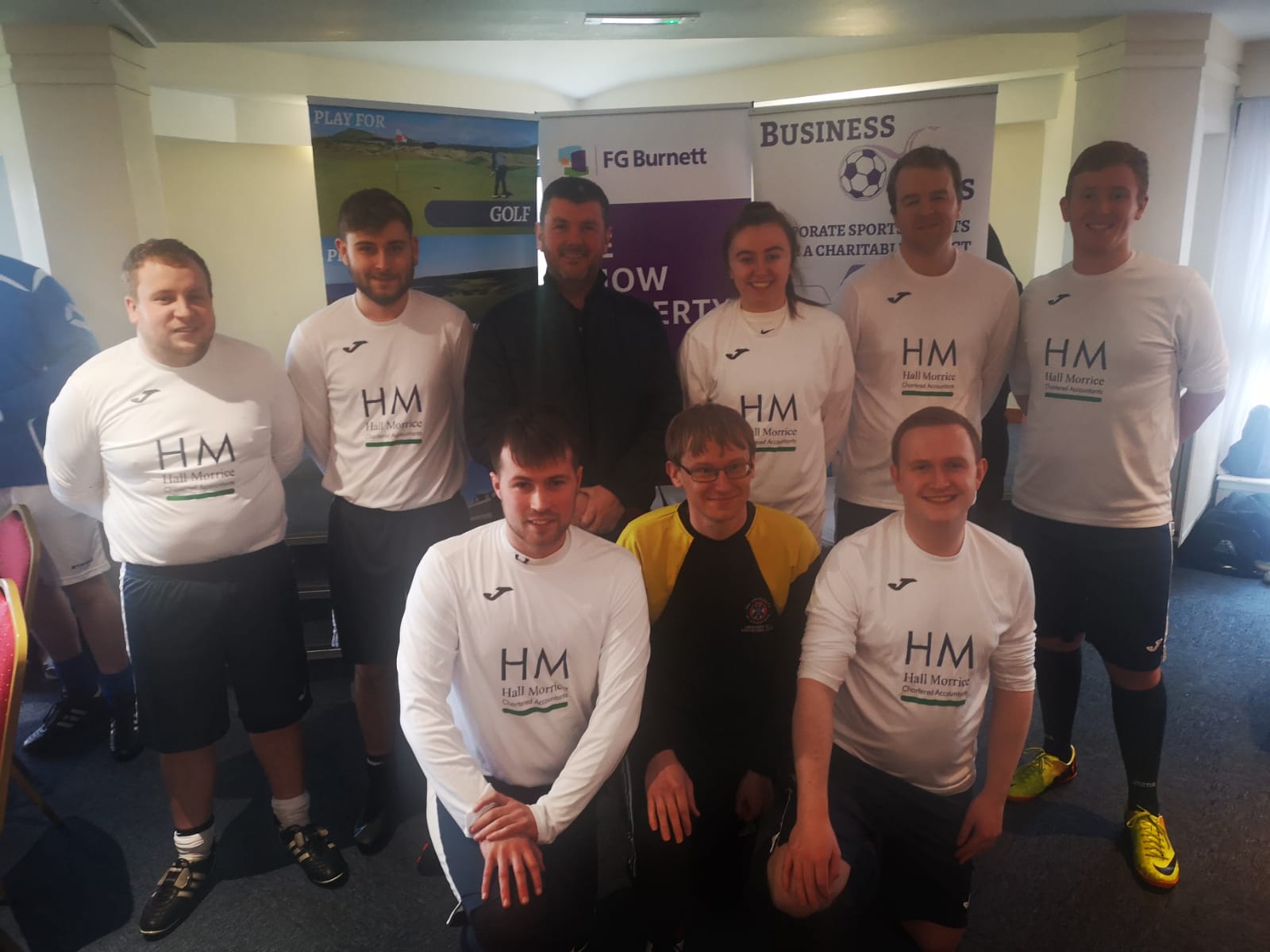 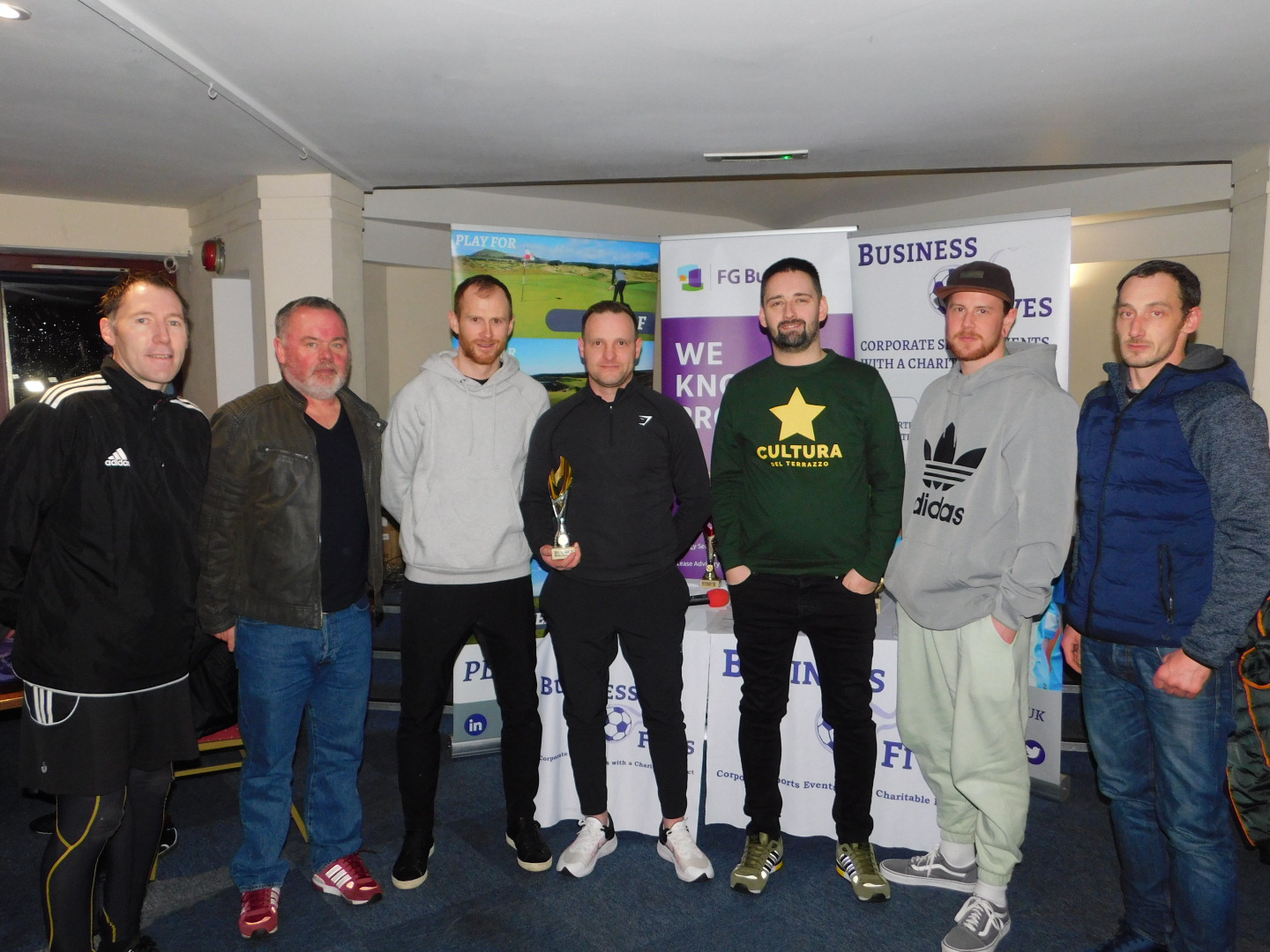 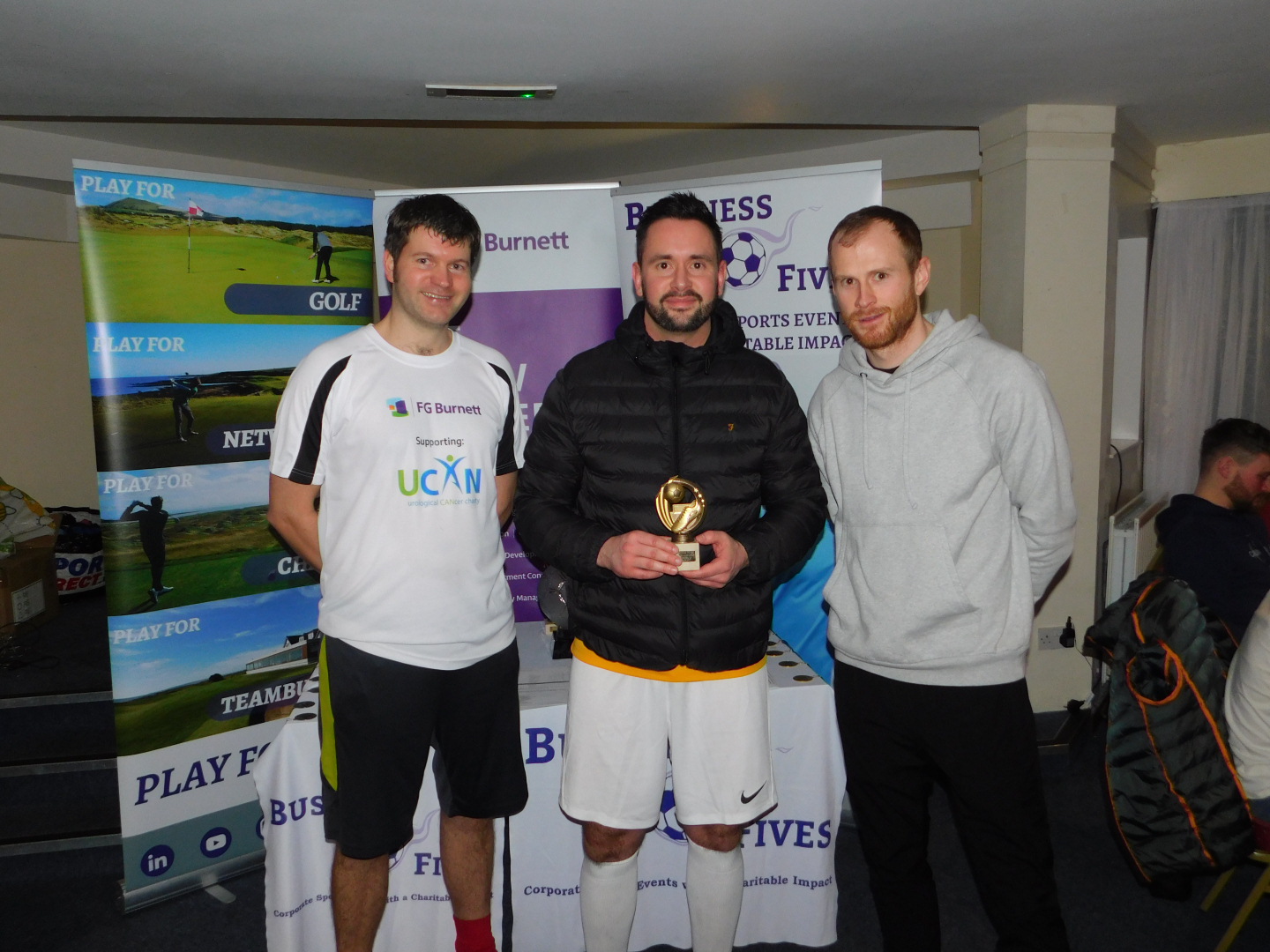 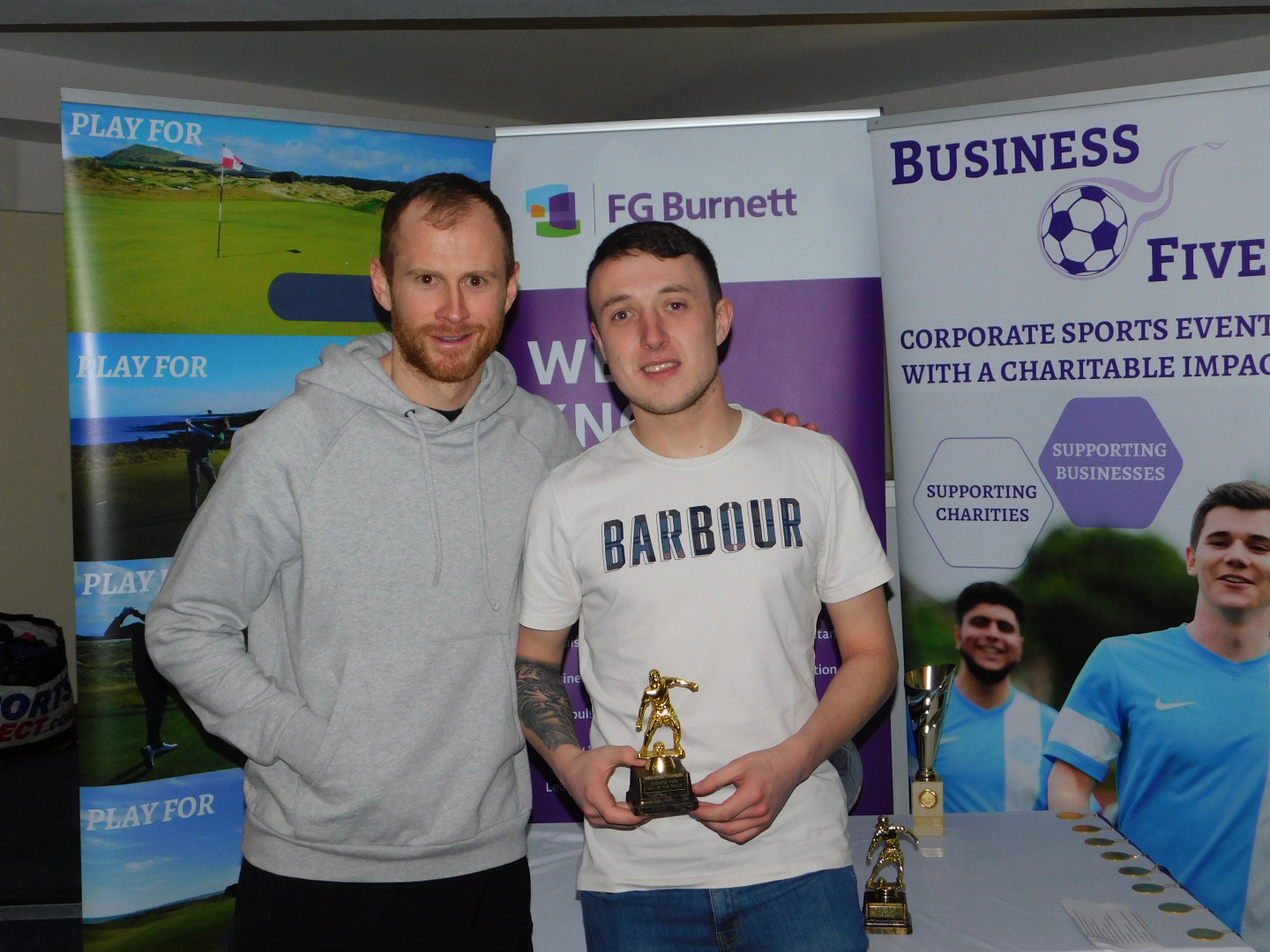 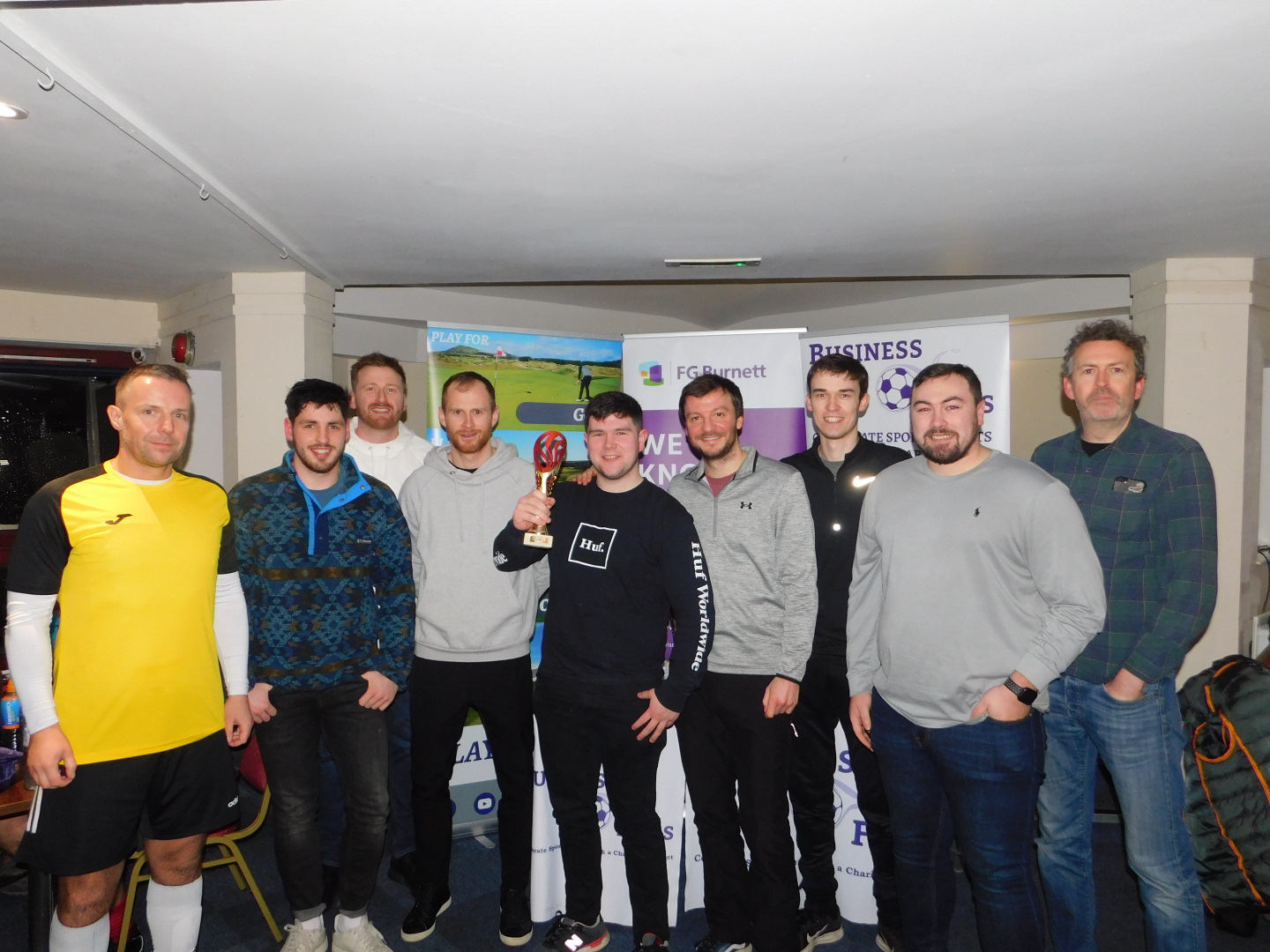 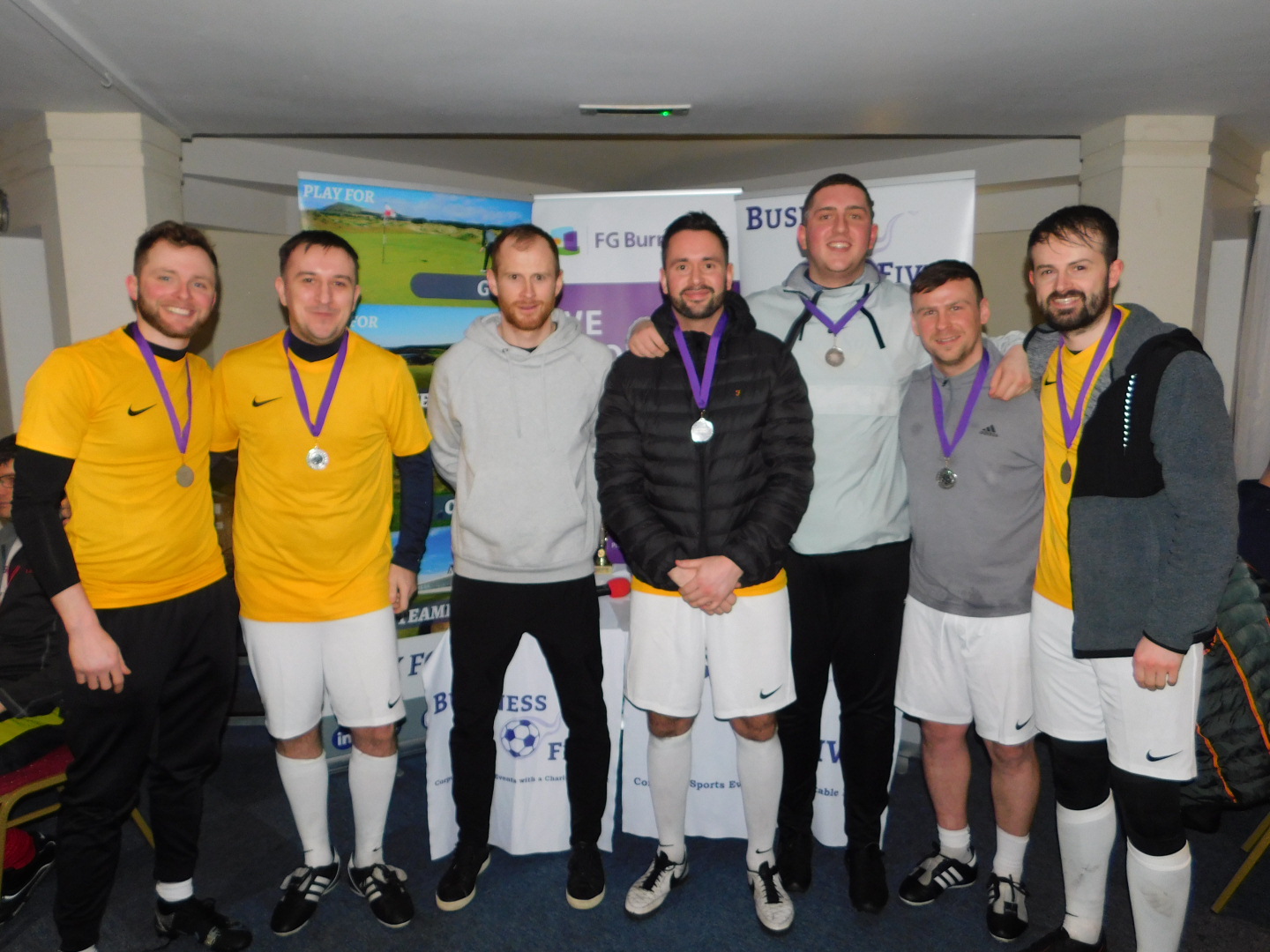 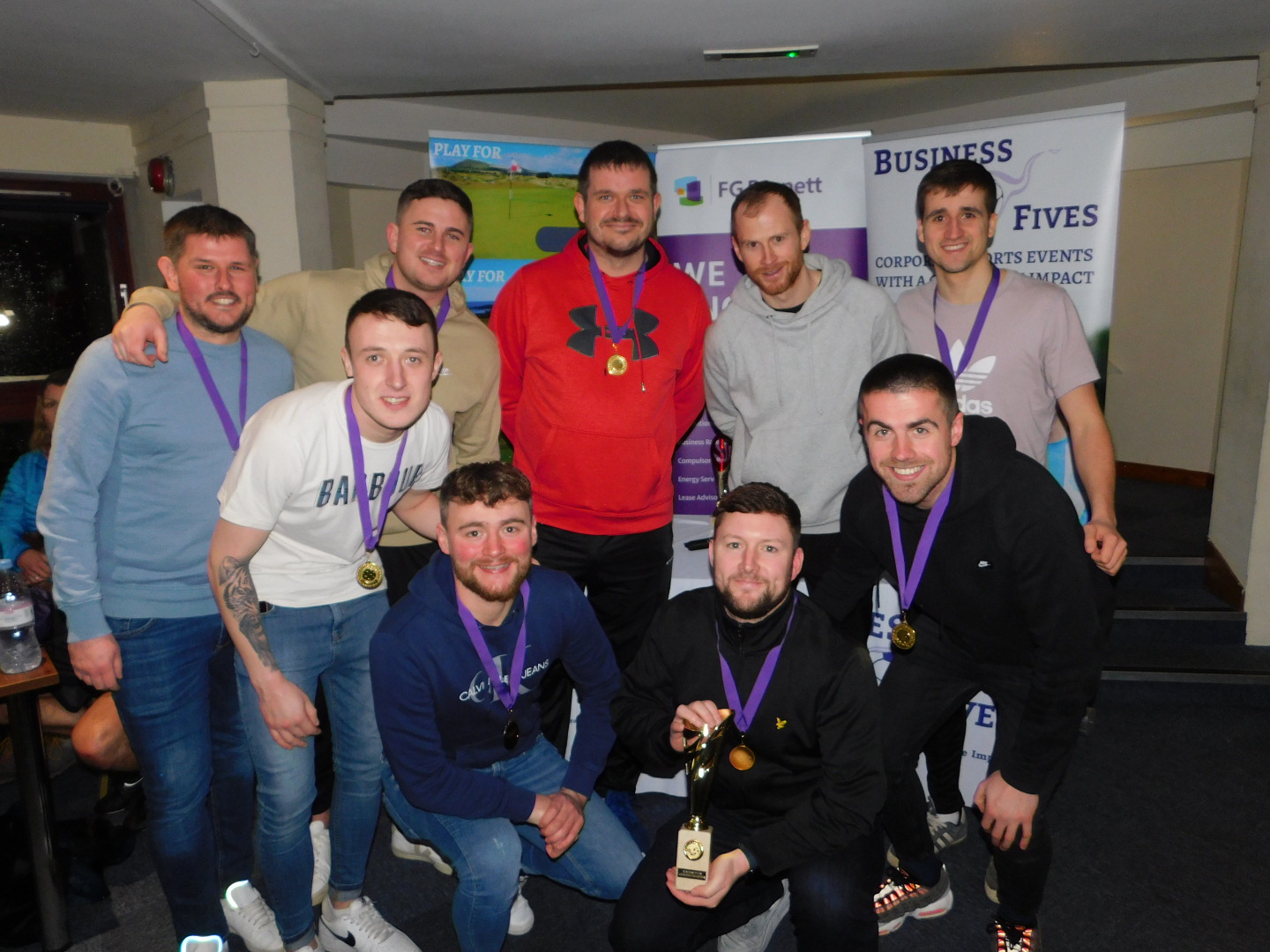 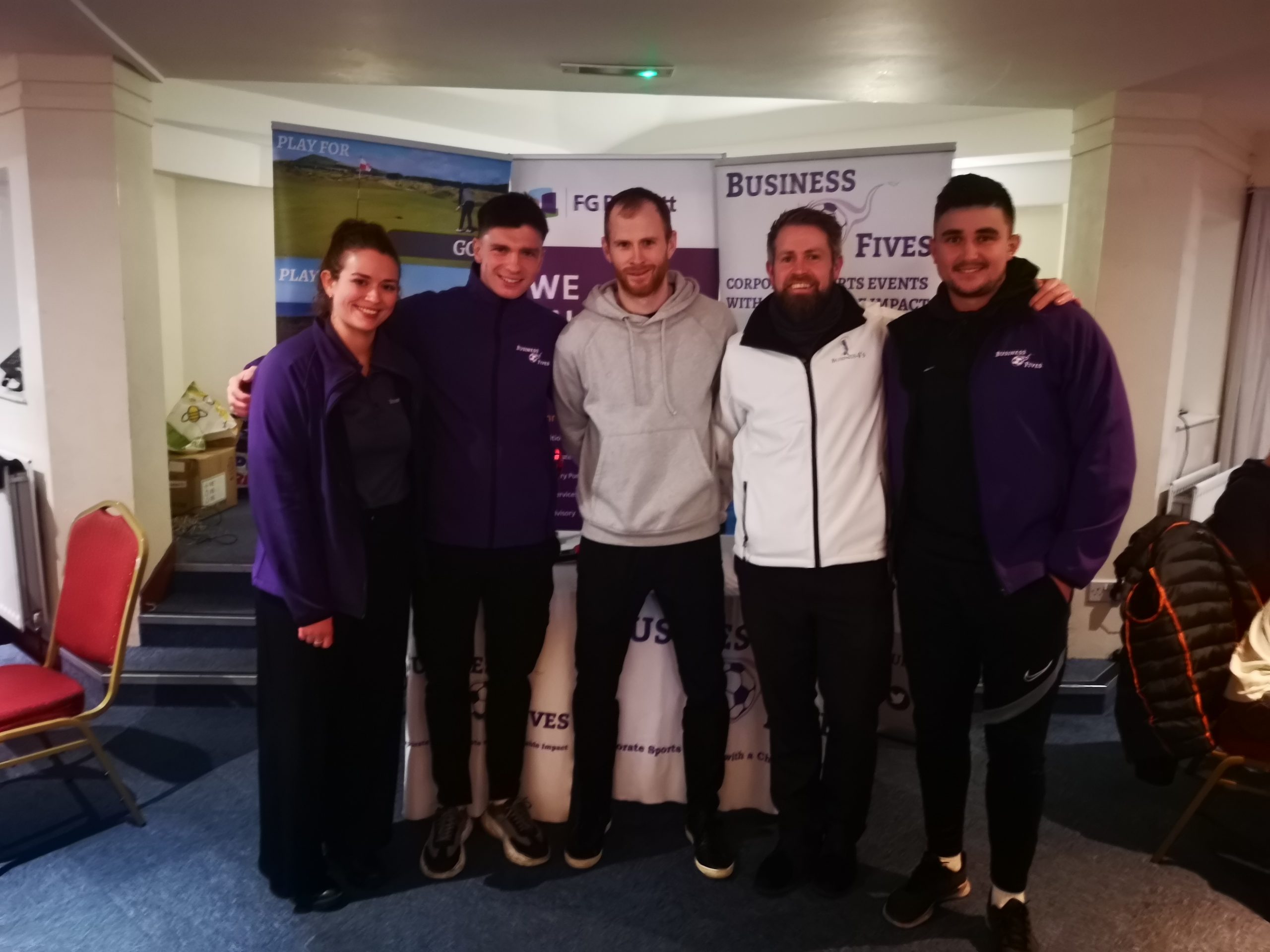 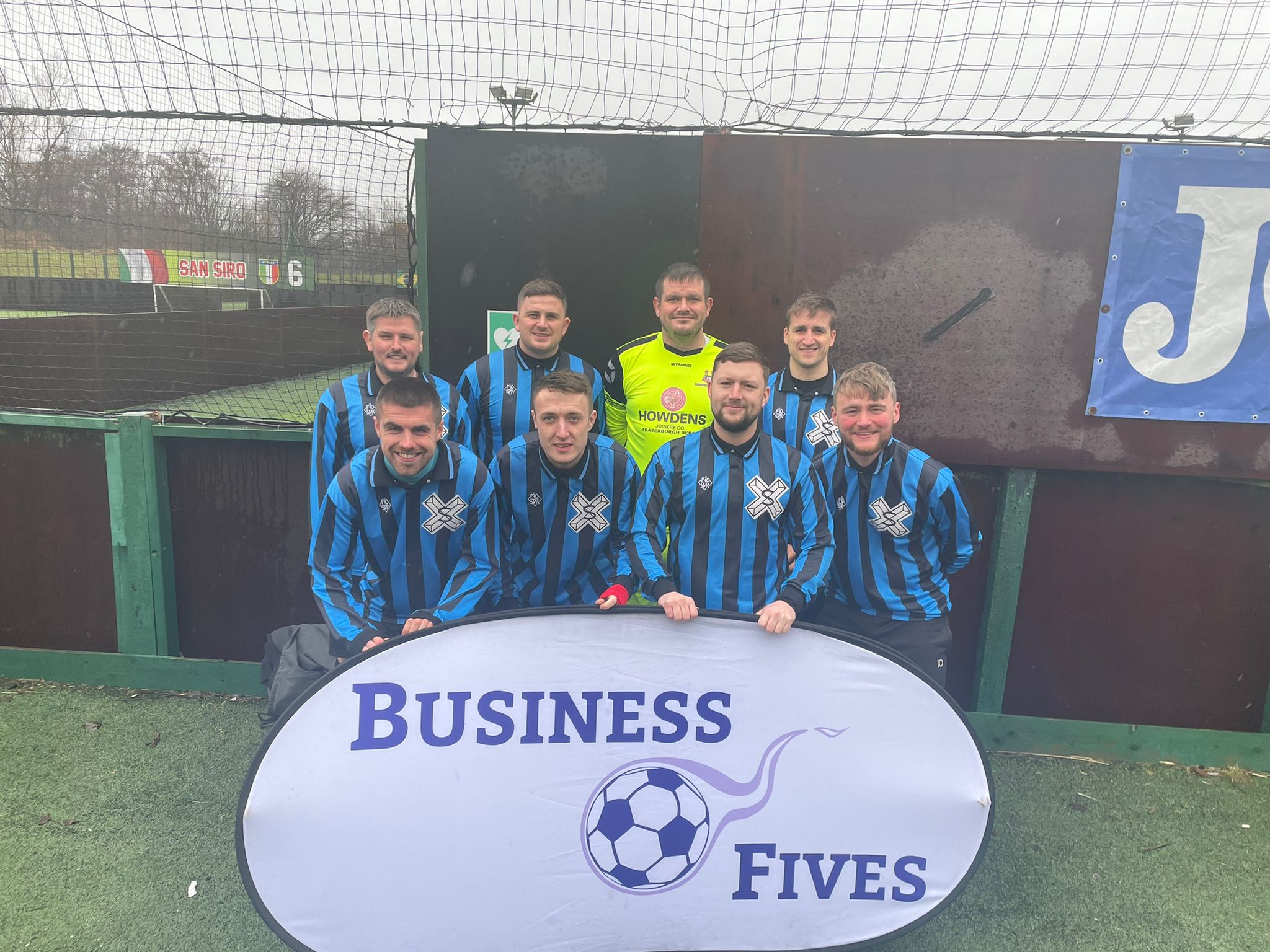 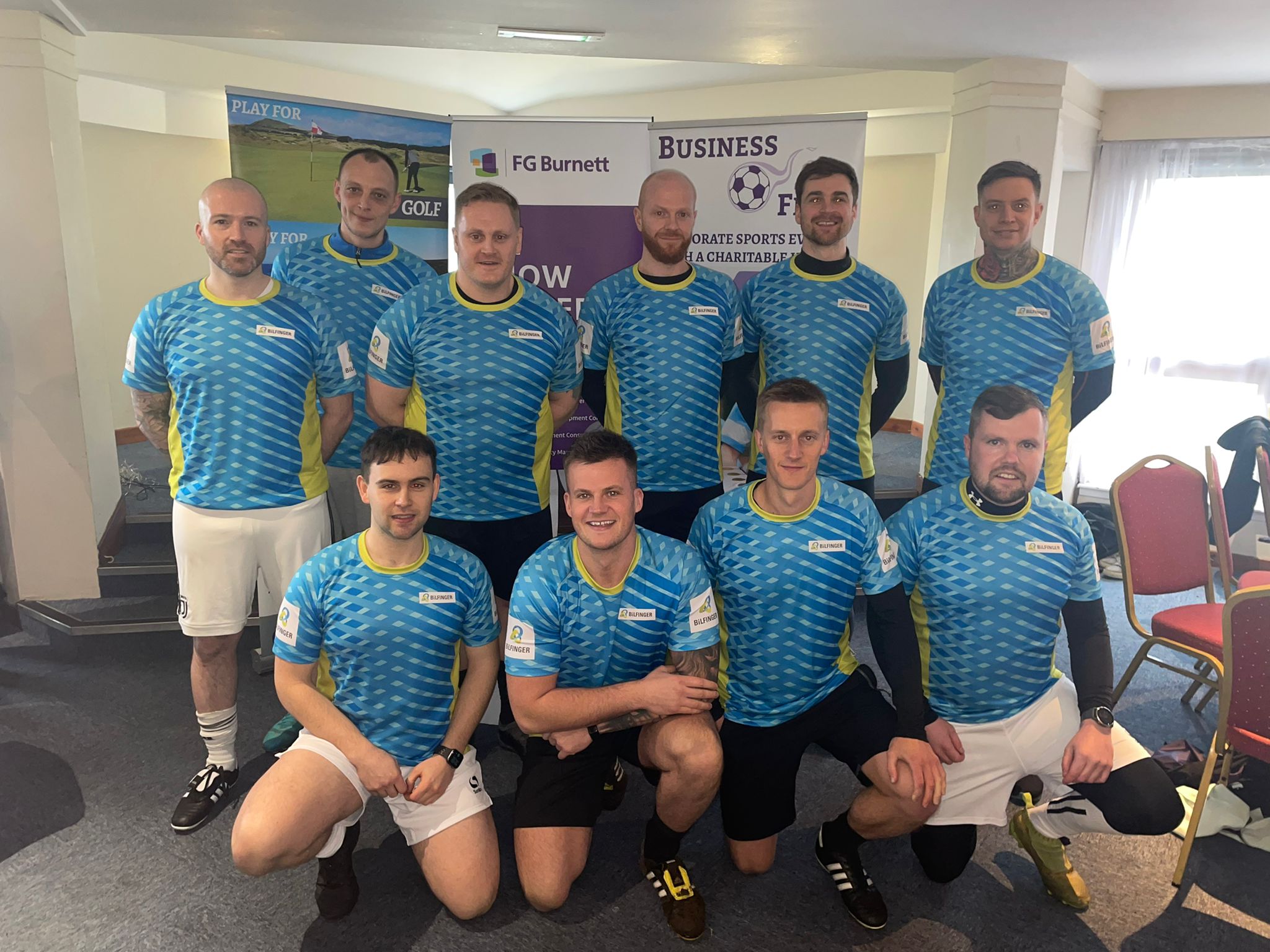 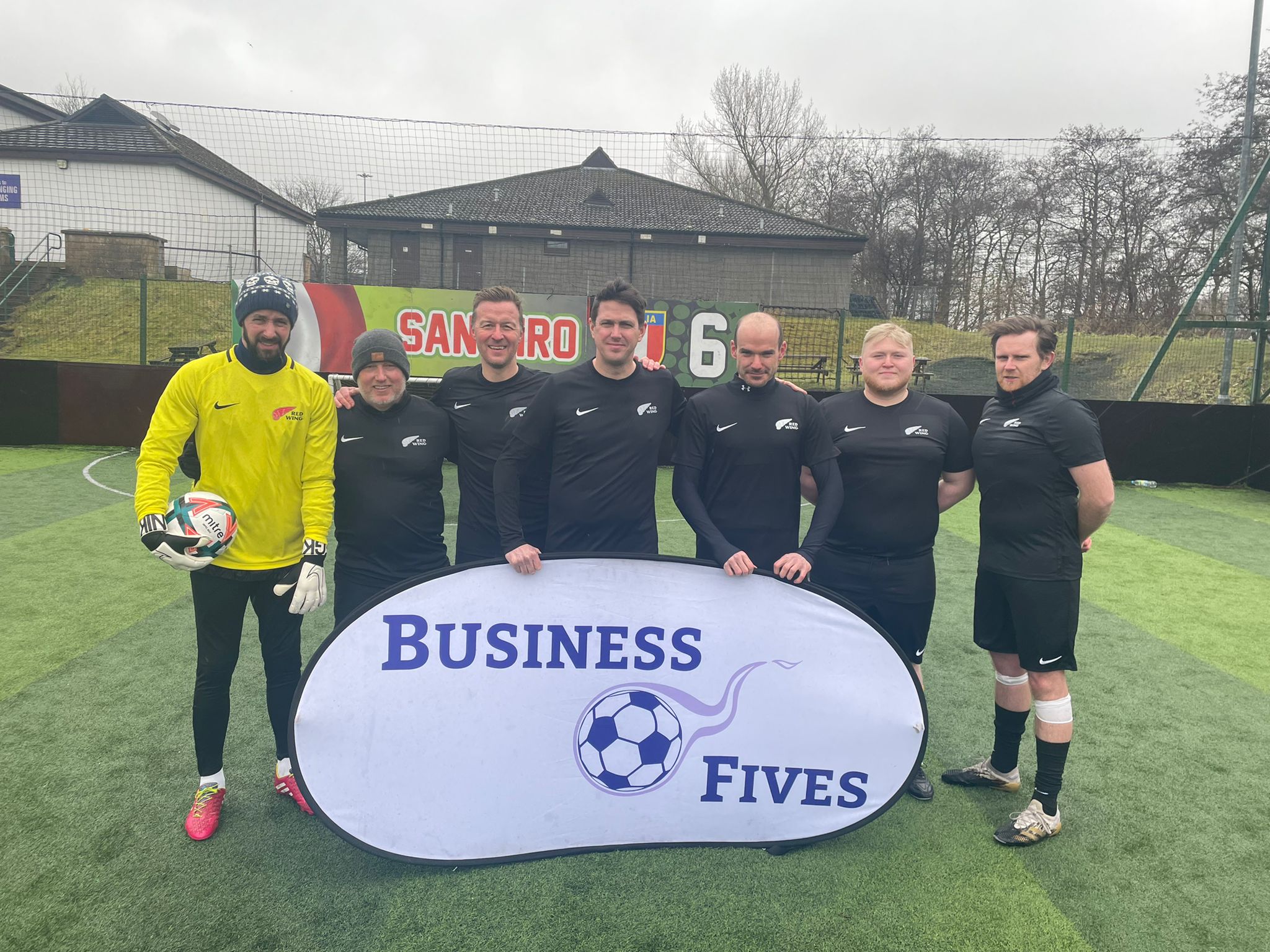 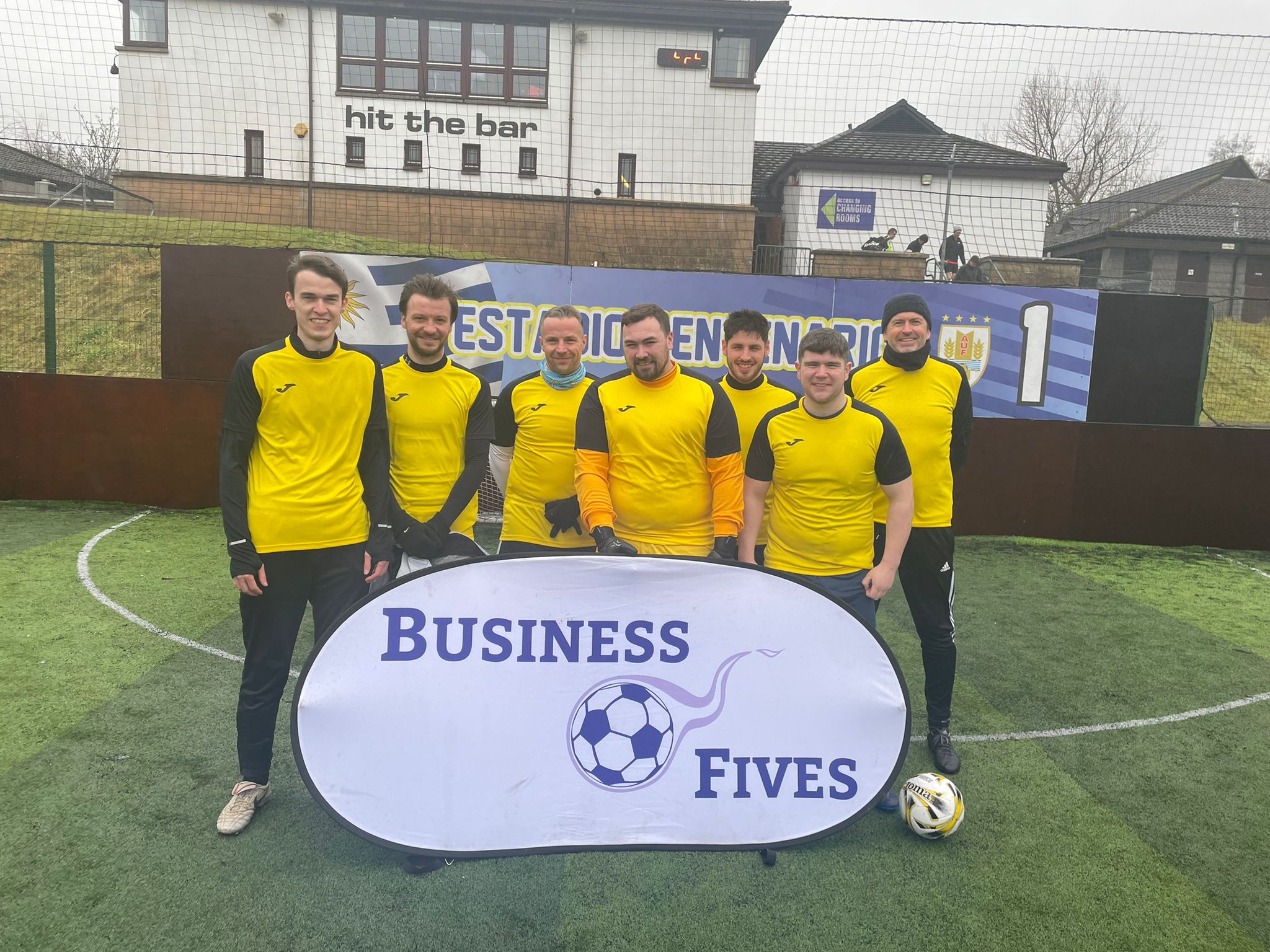 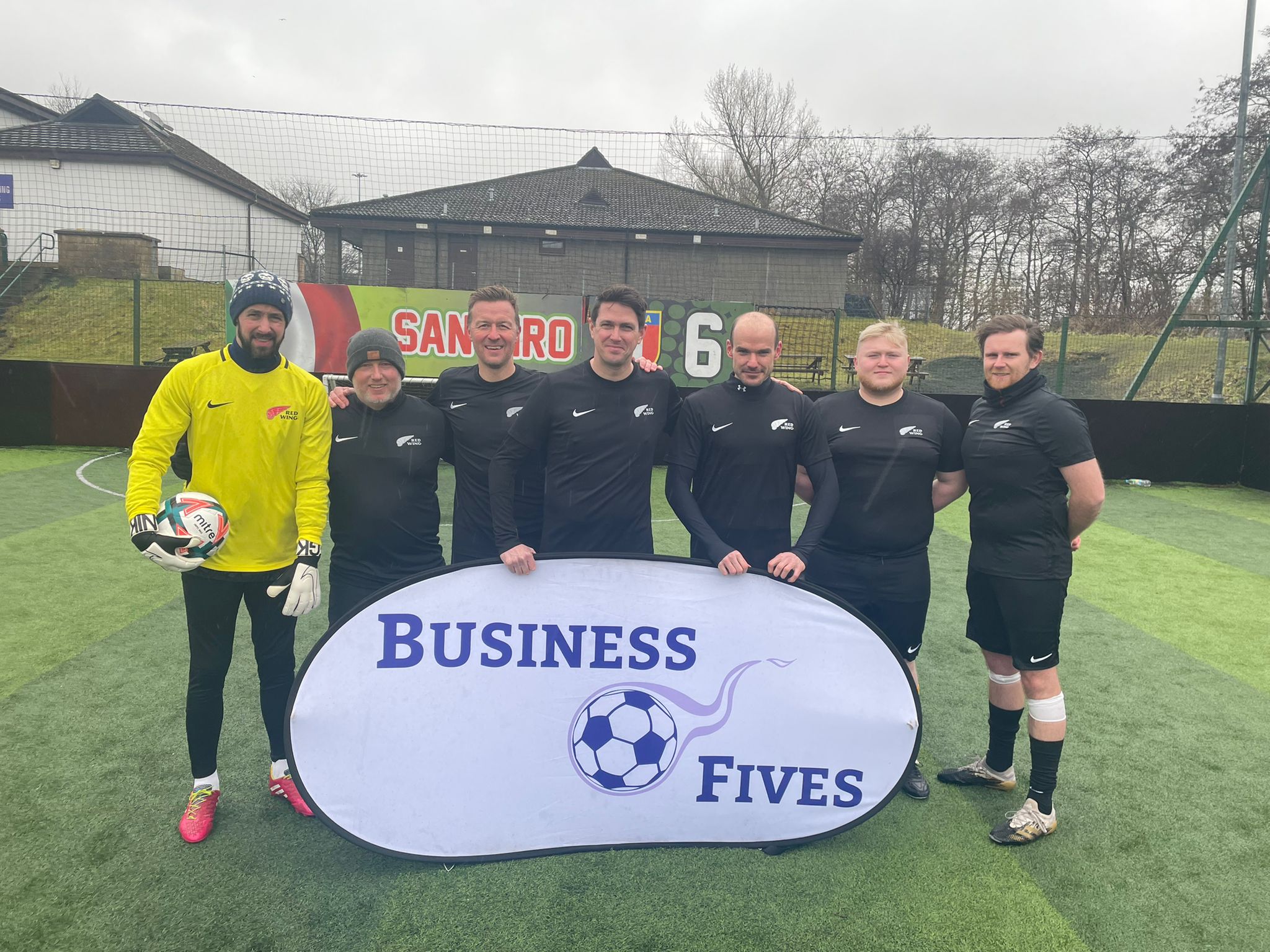 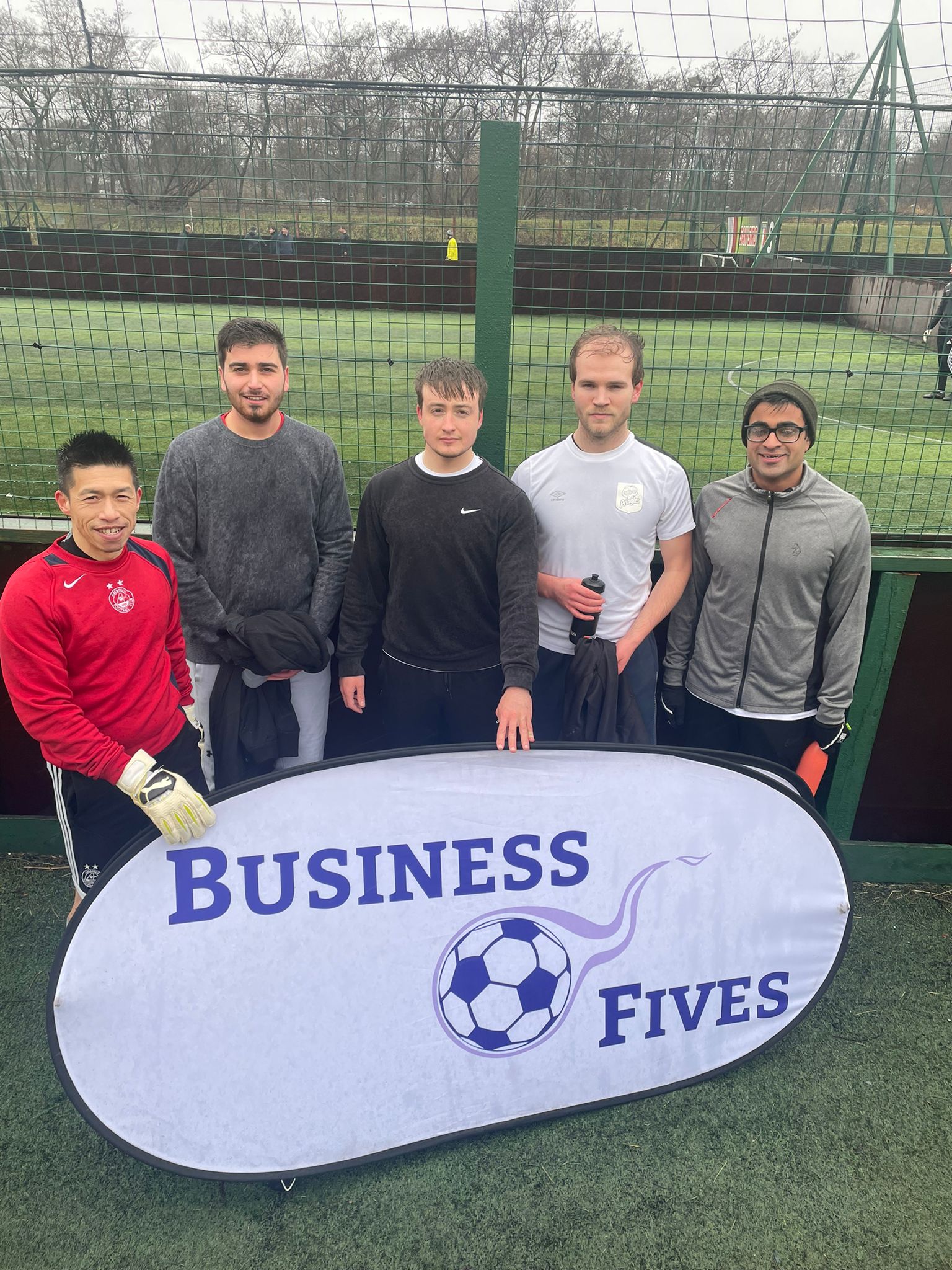 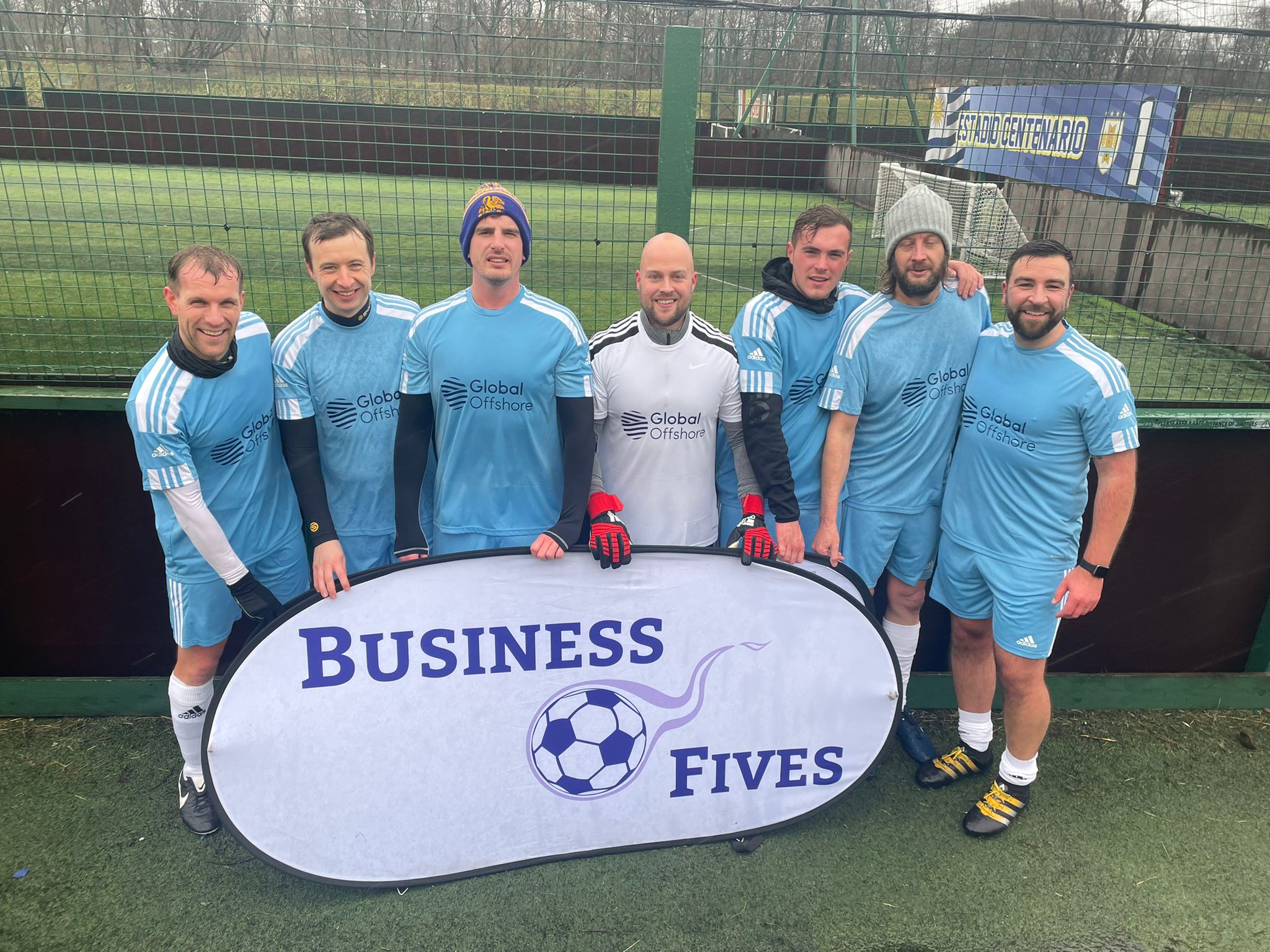 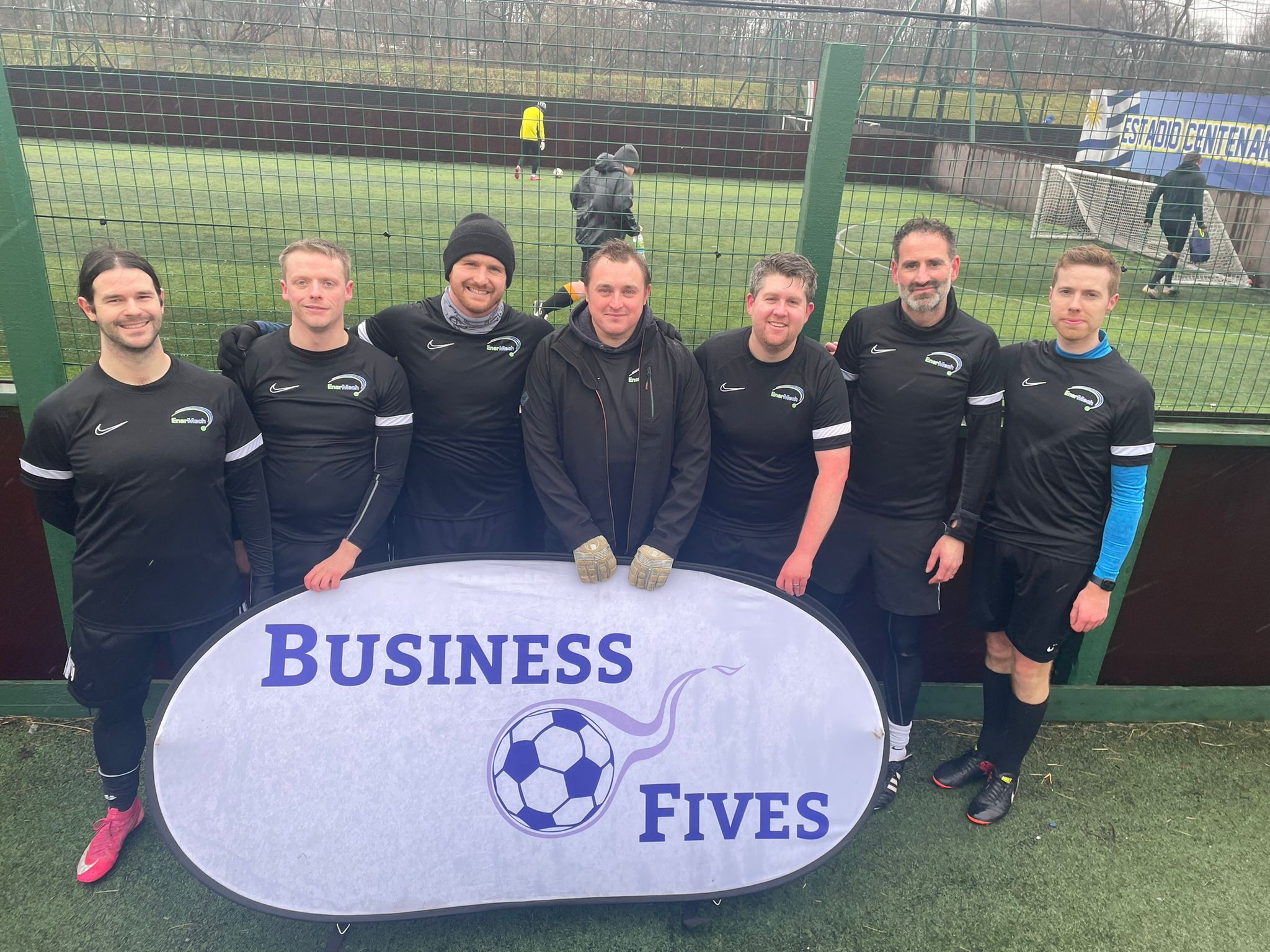 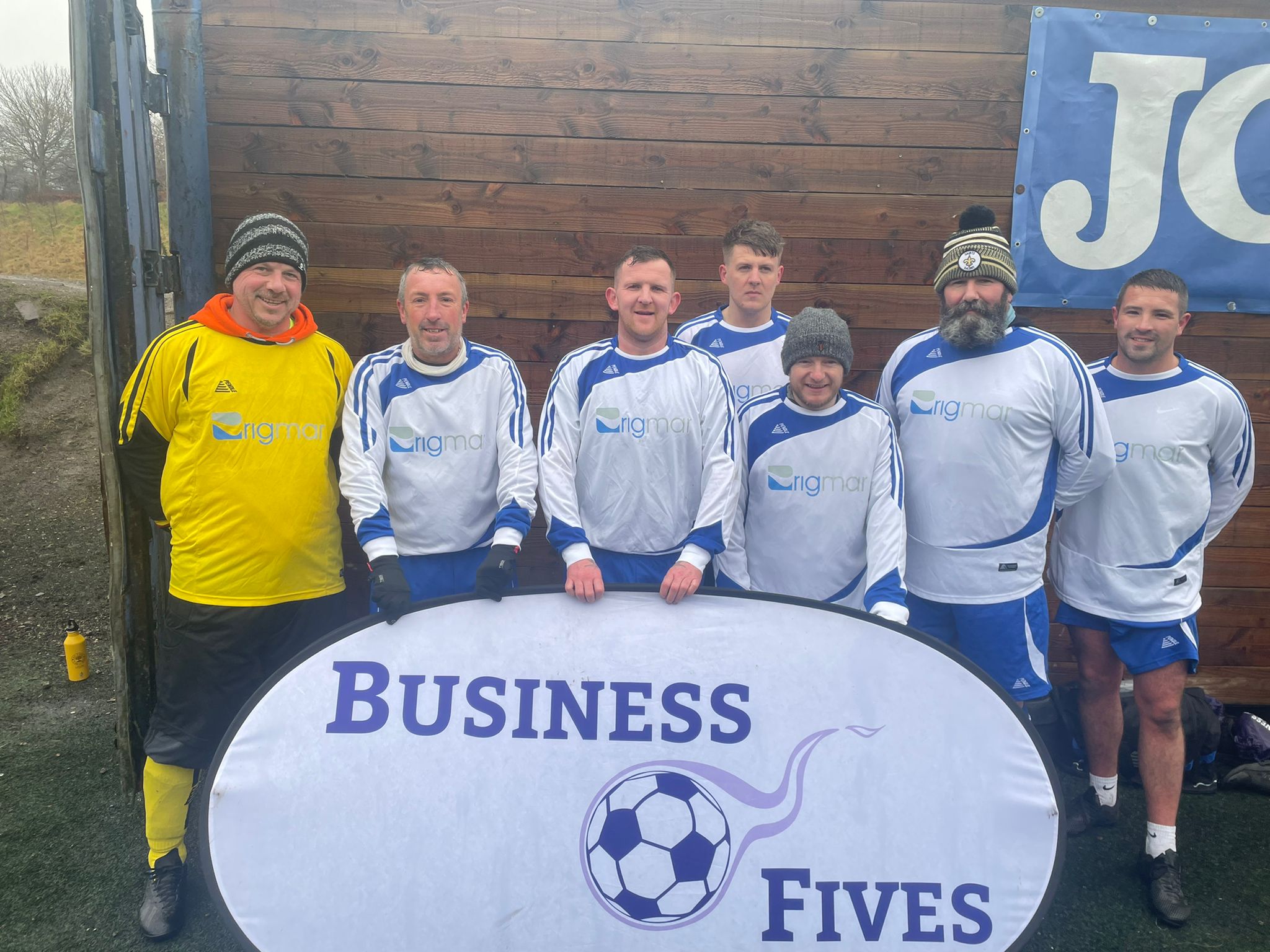 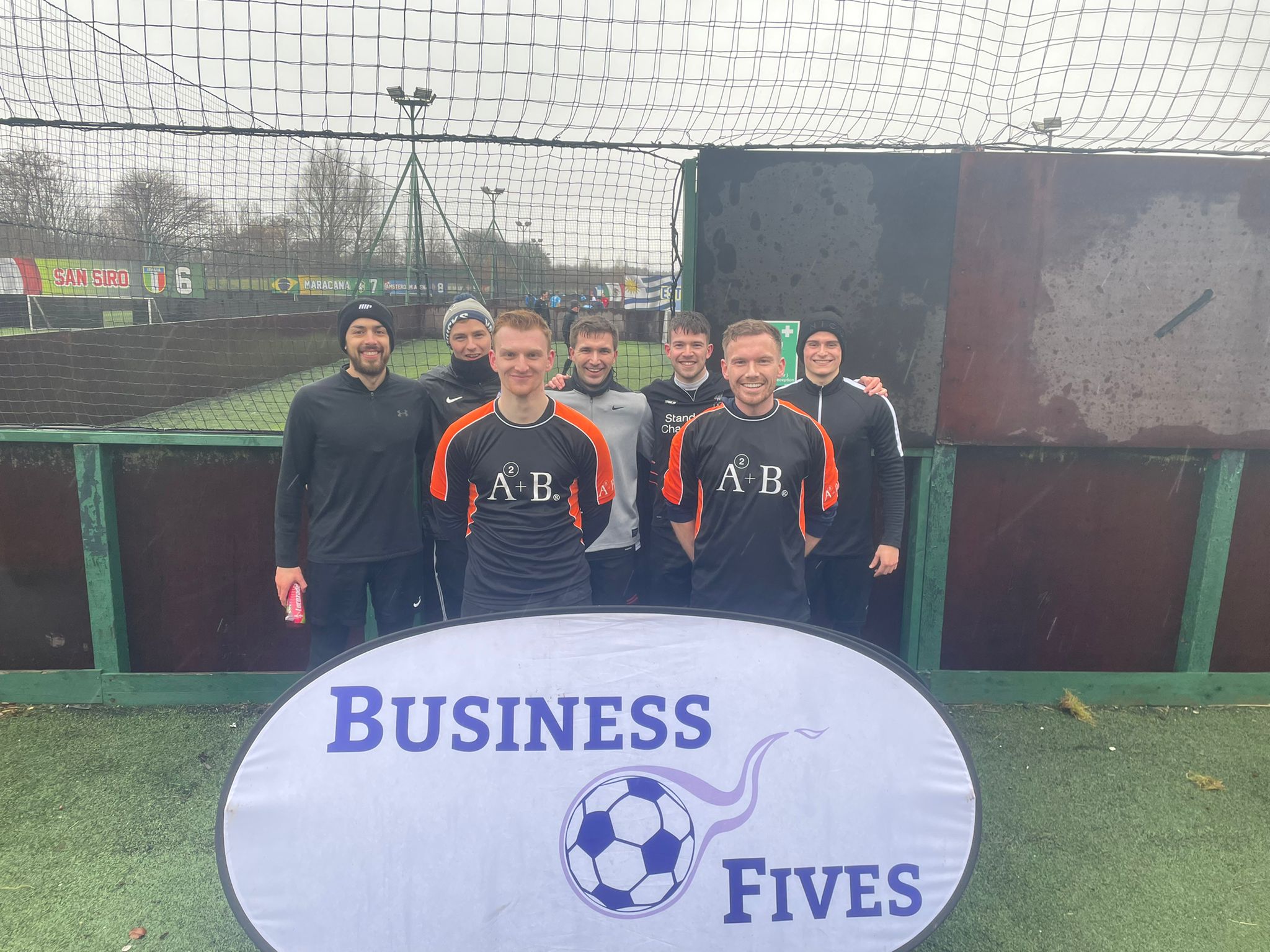 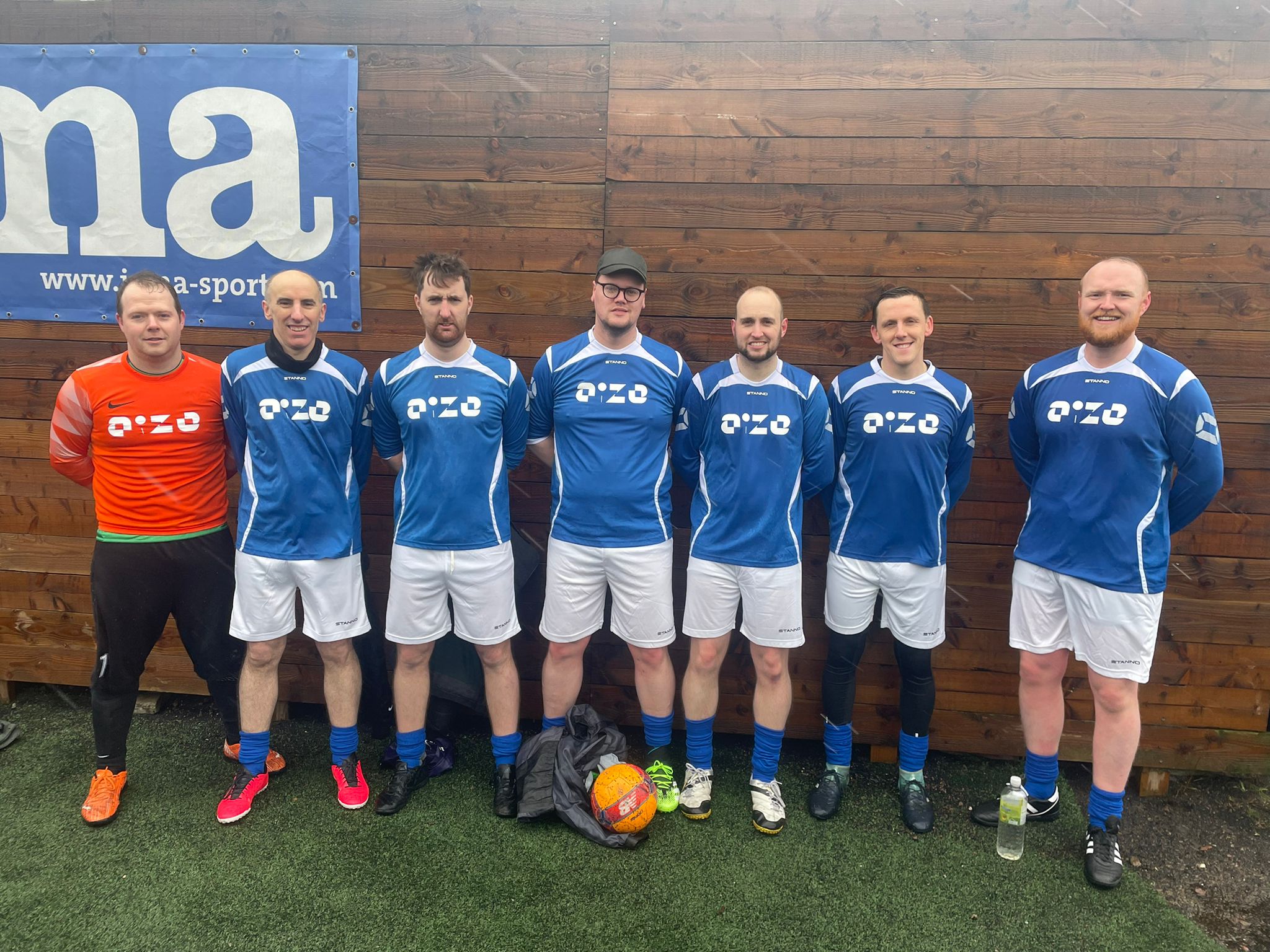 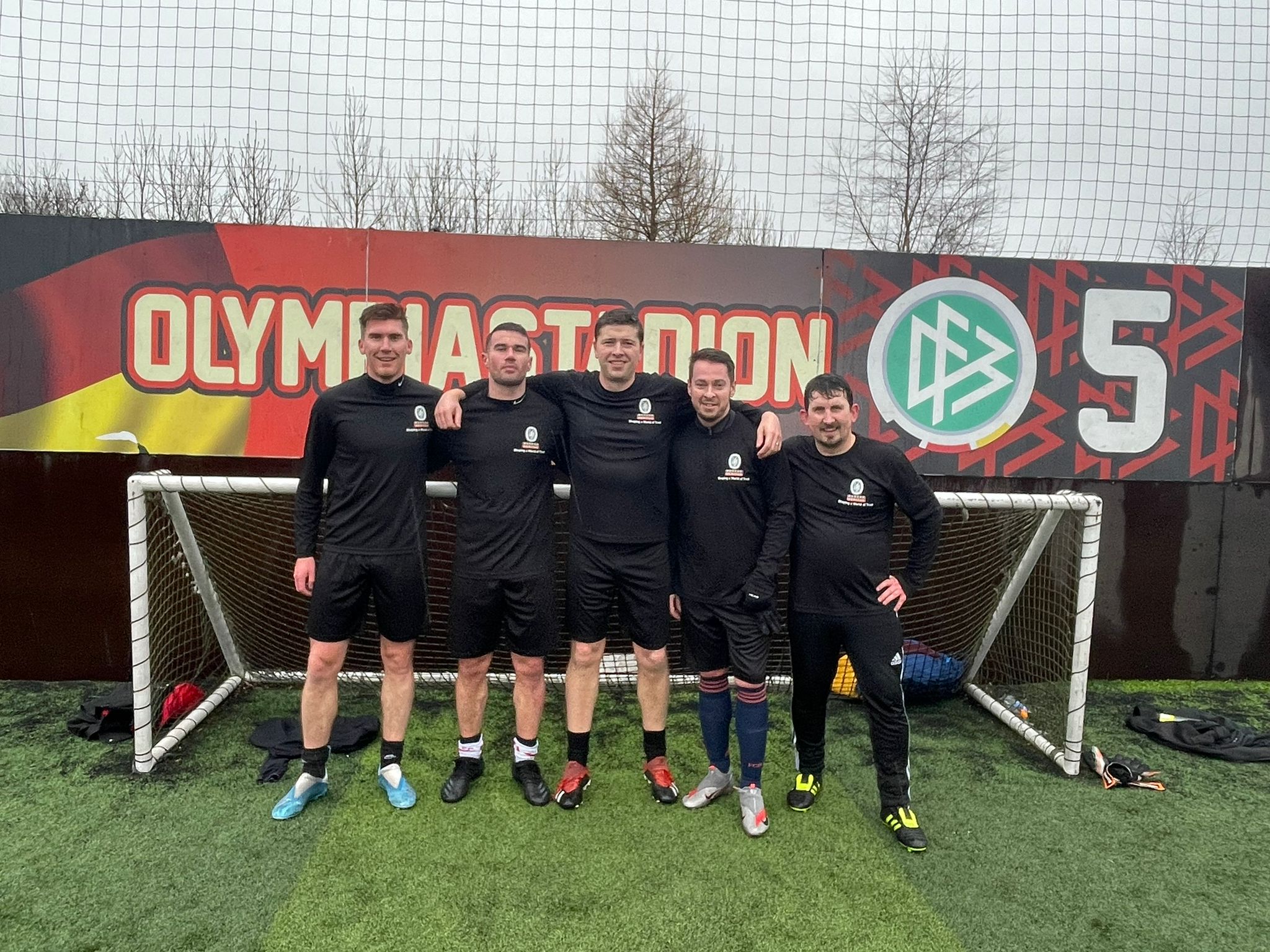 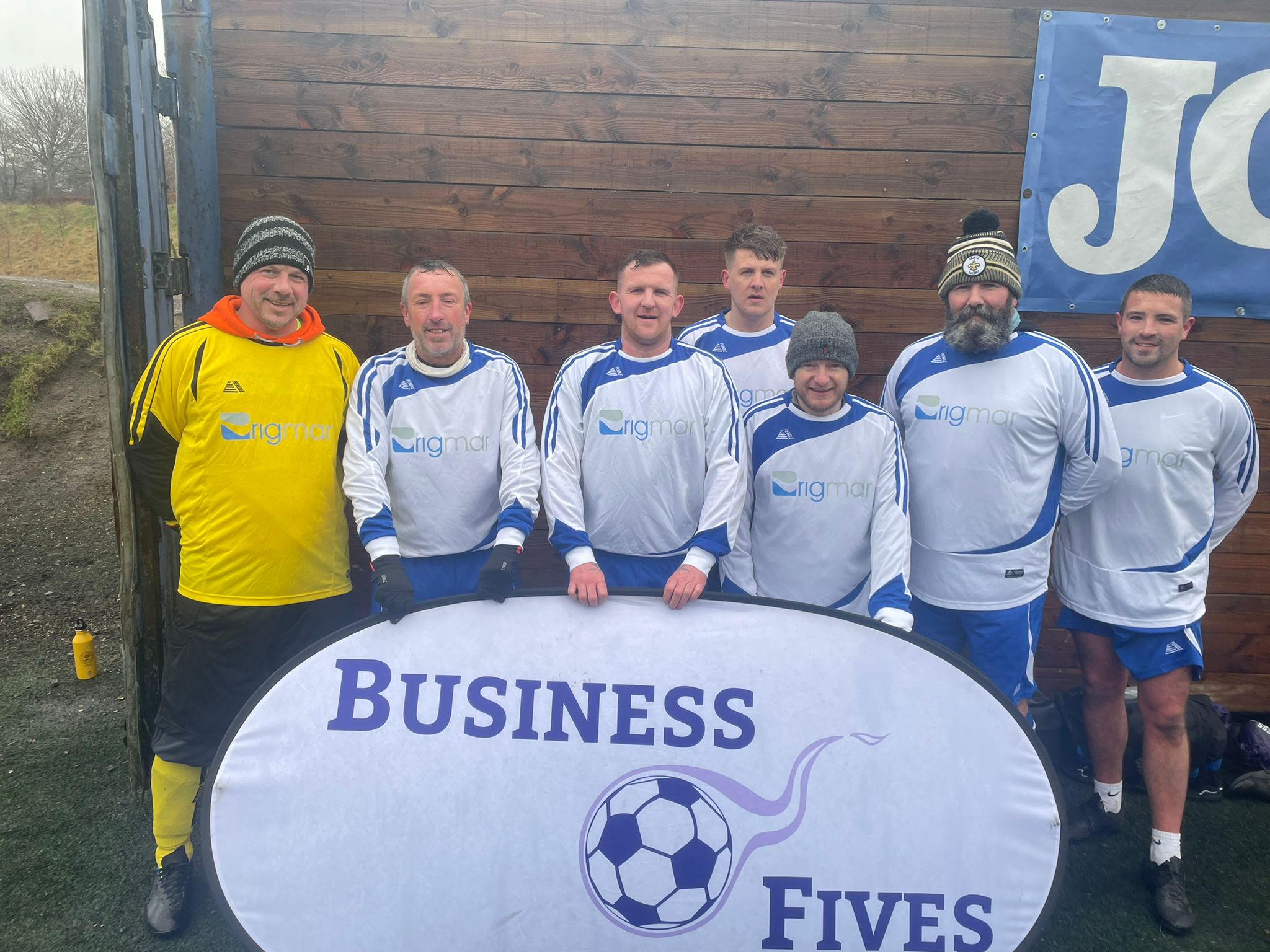 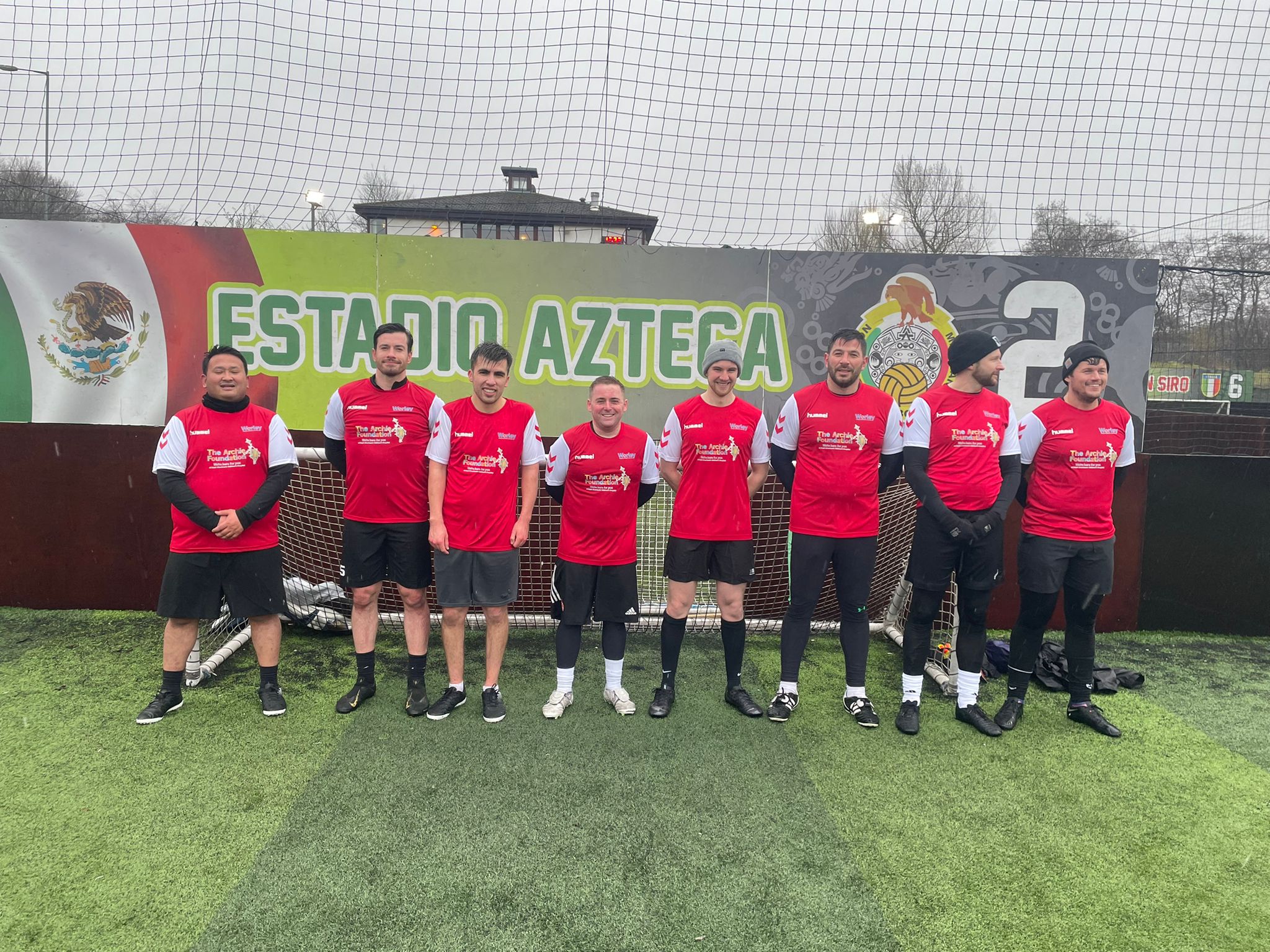 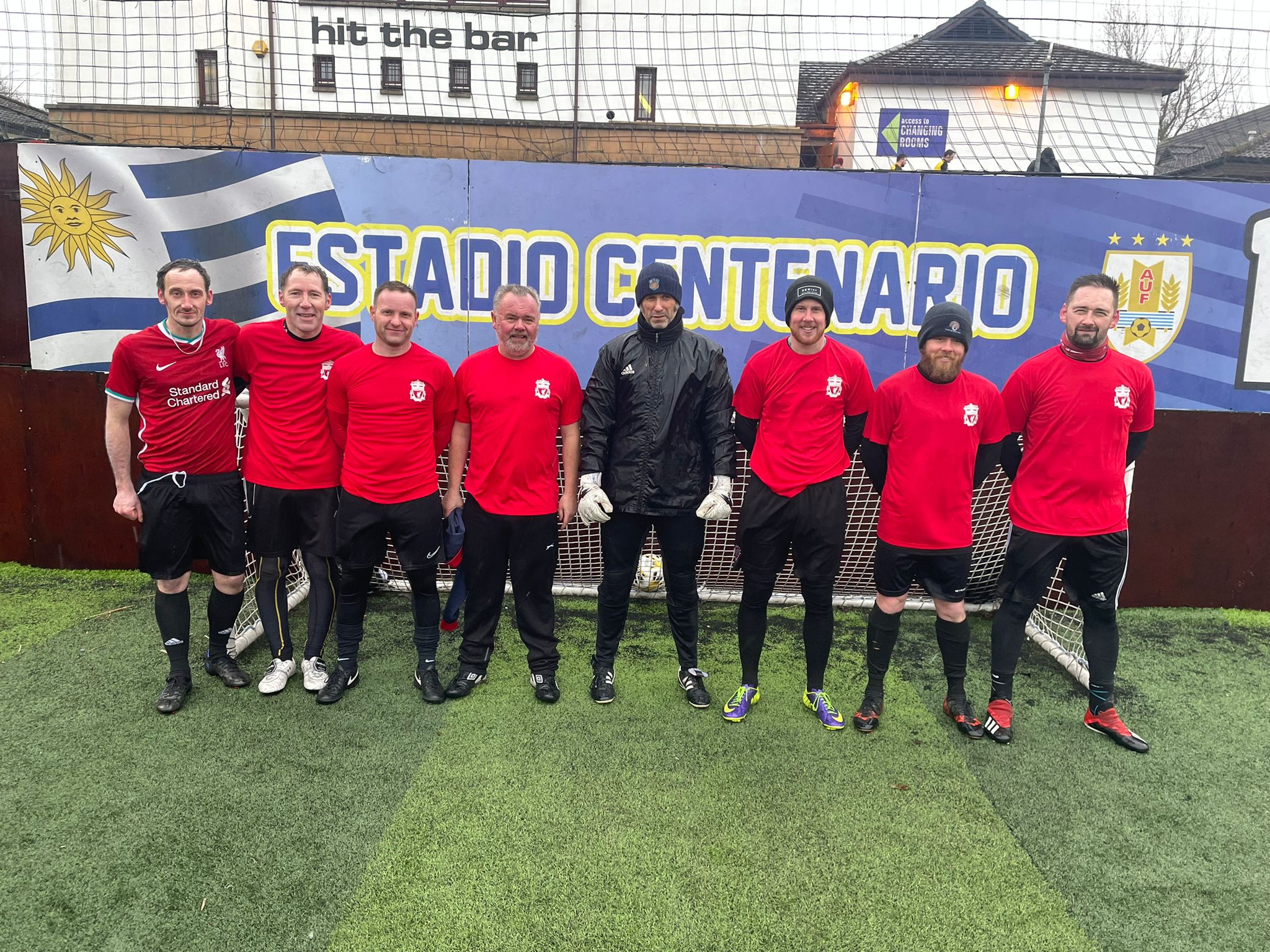 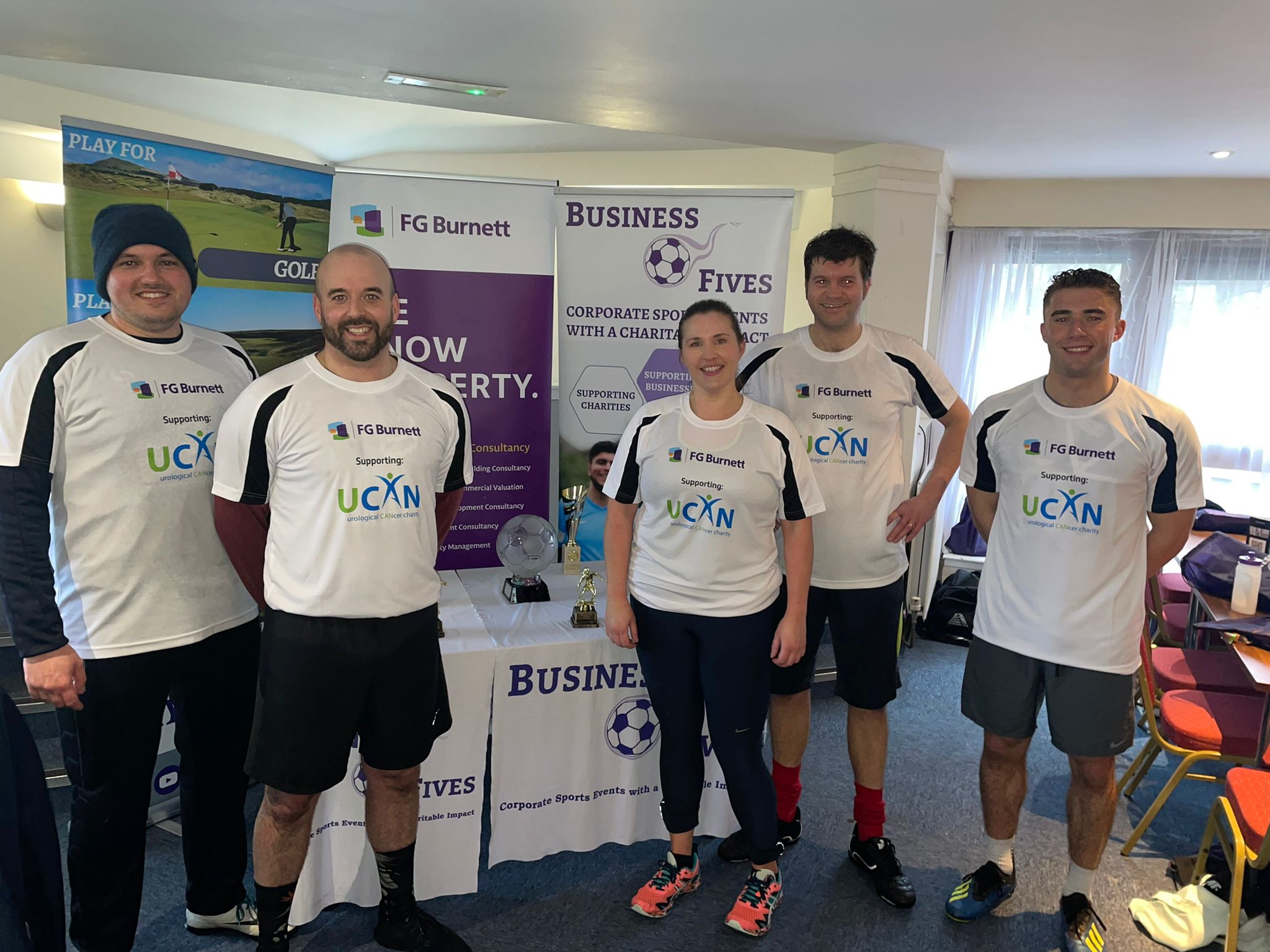 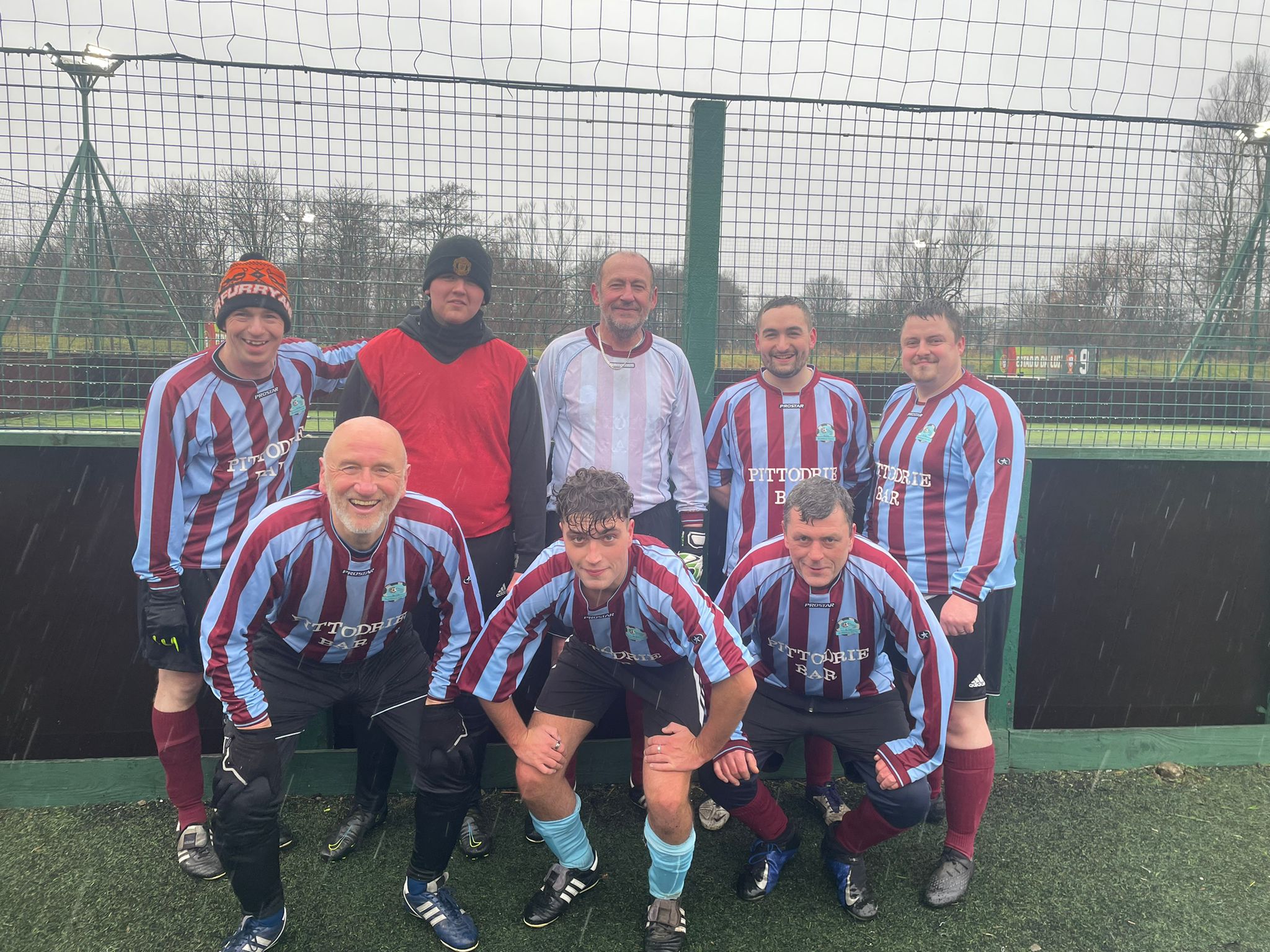 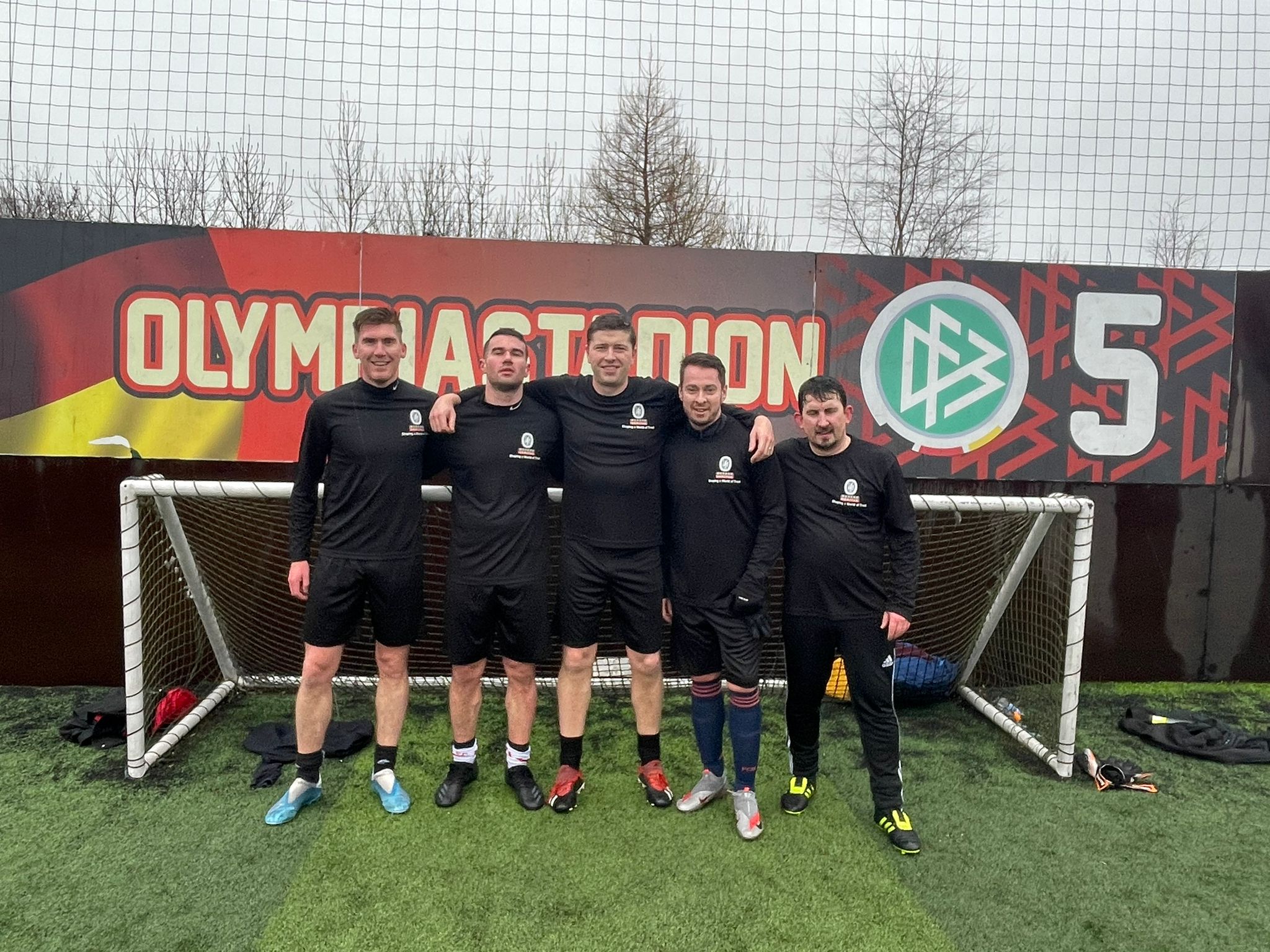 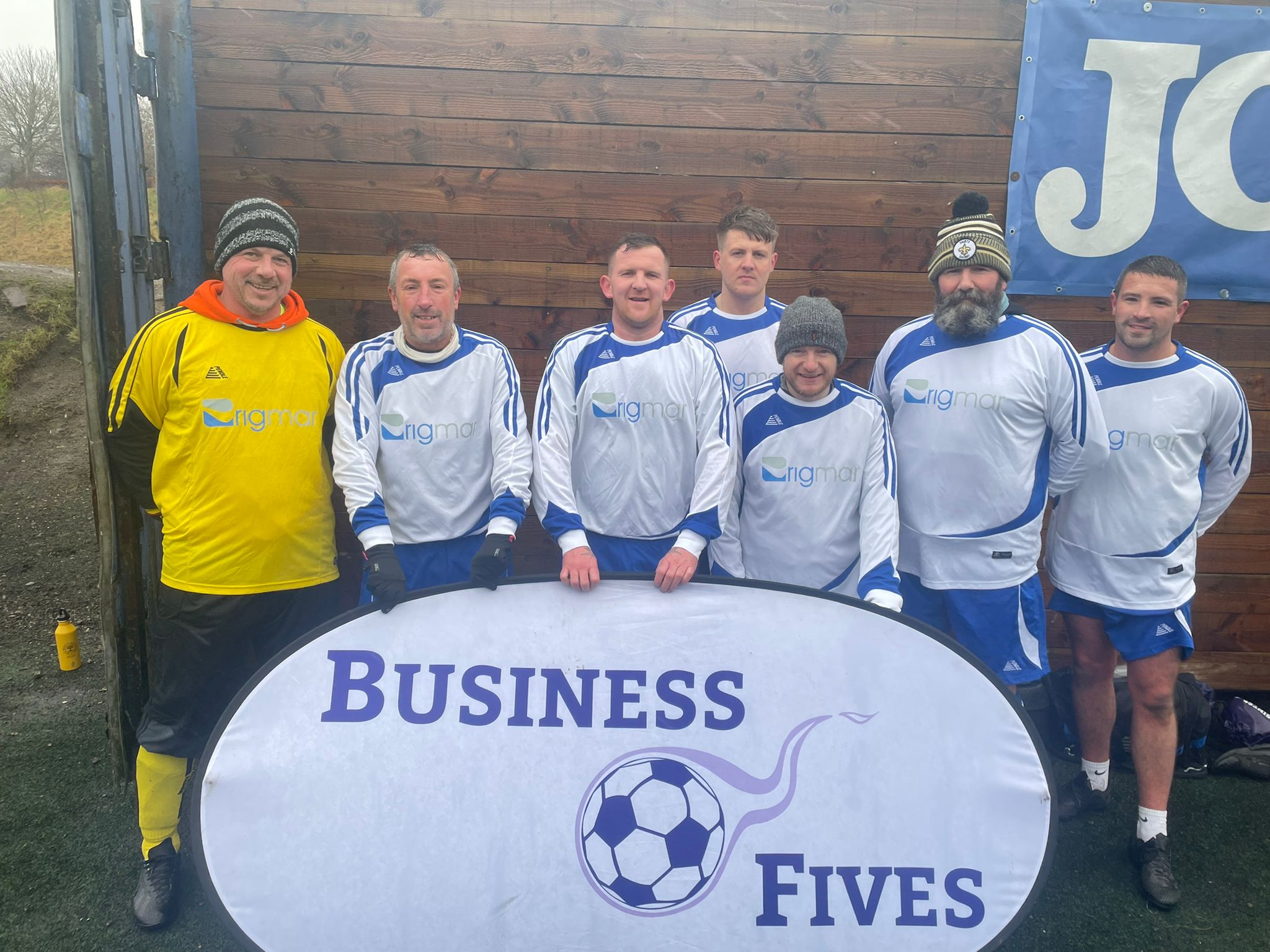 Business Fives returned to Aberdeen for the first time in 2 years as teams from across the North East assembled to get back on the pitch for another sell out event as part of the winter season.

With a £5,000 donation up for grabs at the National Final and £750 to be divided amongst the Aberdeen winners there was a lot at stake for the companies taking part and their chosen charities.

With all teams battling against the elements the fundraising efforts in advance provided some additional motivation to brave the wintery conditions.

The companies combined to raise a fantastic £4,028 as they scored 191 goals in 47 matches. There was some notable contributions to this impressive total with Aize raising £378 for Hamish Dears Warm Hugs, Worley raising £430 for Archies Foundation and sponsors FG Burnett raising £280 playing in support of UCAN

Surpassing them all was the CBRE team playing in support to the Charity Air Ambulance in memory of their former colleague Barry Cormie as they manged to raise £1,330 through their fundraising ahead of the event to scoop the top fundraiser trophy.

On the pitch teams were split after the opening round robin into Champions League, Europa League and Intertoto Cup sections for a further round of fixtures before the tournament progressed into the knockout stages.

With National Final qualification going to all the champions league semi finalists the quarter finals were hotly contested affairs with Score Group overcoming CBRE, R & M Electrical edging past Aize on penalties, Hall Morrice won their match v Bureau Veritas 1-0 and Red Wing got past EnerMech after a 3-1 win.

It was Score Group and R & M Electrical who progressed on to the final were a £500 donation awaited the winners.

After a tight opening exchange eventually it was the Score Group team who broke the deadlock with Lenny Johnson and Adam Cross finding the back of the net. Adam Cross was singled out by Mark Reynolds as his man of the match in the final for a stand out performance helping his side to the Aberdeen trophy and the £500 donation for JDRF

Danny Robertson from R & M Electrical scored 10 of his sides 22 goals throughout the day to lift the top goal scorer award kindly support by FG Burnett as their director, Richard Foster was on hand to pass over the trophy.

In the Europa League section AAB, Orbis Index, Bilfinger Salamis and DNV all found themselves in the semi finals with a spot at the national final at stake along with a £250 donation.

It was the DNV team who ran out winners in that section after over coming Bilfinger Salamis, Orbis Index and Rigmar in the knockout stages and sealing it with a 4 nil victory in the final.

Players were treated to stories from the playing career of Mark Reynolds after the tournament in the post match debrief before the medals were handed out.

The Business Fives action continues in Scotland on Friday with the Dundee event before returning to Aberdeen on Friday March 18th ahead of the National Final in Glasgow on Thursday 7th April.

FG Burnett is an Independent Scottish Commercial Property Consultancy, with an office in Aberdeen, providing a nationwide reach and with extensive knowledge and experience of our local market place throughout the North of Scotland.   With over 60 years’ experience we are very proud of our history, excellent client base and passionate staff.  We believe that the success of our business is built on the quality, skill, dedication and knowledge of our people.

Our practice provides a full range of property services, from acquisition, sales and lettings, to investment, from building consultancy to property management.  No matter what our clients need, from small one off requirements to large scale partnerships, and regardless of sector, we will always strive to provide the best advice and service.