Business Fives Sheffield debut proves to be a record breaker

Irwin Mitchell have the right to be judged as the best team in Sheffield after their performance at the inaugural Business Fives tournament in the city. Off the pitch, Sheffield firms displayed their generosity to good causes by raising over £2,500 for local charities.

Local businesses made their bids to advance to the National final of the business five-a-side tournament in Leeds on October 4th with 5 qualifying spots up for grabs.

Transaction Network Services (TNS) received the trophy for top fundraisers as they raised a summer season record for the Business Fives events of £2,300 for Crohn’s and Colitis UK. TNS bowed out at the semi-final stage of the Europa League section but their efforts will be widely appreciated beyond the football pitch. Another worthy mention was for Martek Marine who raised £295 and counting for the Daniel Wilkinson Foundation.

The players were treated to a post-match debrief and Q & A with Sheffield born John Beresford who shared his thoughts on the season ahead as well as funny memories from his own career which included playing alongside some true greats and playing at the highest level in the Champions League.

John had the tough job picking a man of the match in the final and decided to award the trophy to the goalkeeper from Irwin Mitchell, Chris Newell, who made some vital saves to secure the win for his team. Irwin Mitchell opted for a lean squad of just 5 players and their fitness shone through on their way to a semi-final against South Yorkshire Housing Association (SYHA) which the law firm won 4-2. SYHA had entered two teams for the event and managed to get both of them into the Champions League section semi finals to secure a double qualification. Their other team faced off against Clipper group and put an end to their unbeaten run by winning 3-1. All 4 of the semi-finalists managed to secure their place for the national final in Leeds.

With SYHA Team 1 looking to avenge their co-workers defeat against Irwin Mitchell they battled it out on the Champions League final. The final was a tight affair, but it was Irwin Mitchell who came out on top with the help of tournament top goal scorer Greg Benson and the resilience of aforementioned Chris Newell saw them run out 3-0 winners. The final qualifying spot went to the winners of the Europa League with the final being contested between Sopra Banking and Hart Shaw Financial Services. Sopra got one over on their rivals as they won the game by the narrowest of margins securing a 1-0 victory after some heroic defending. The action continues in England on Tuesday, September 10th in Hull and moves onto events in Manchester and Birmingham before the national final sees the culmination of the summer season on Friday 4th October in Leeds. 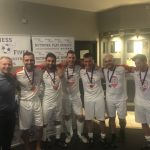 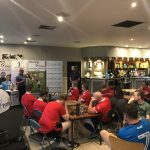 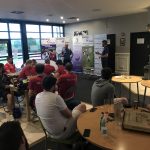 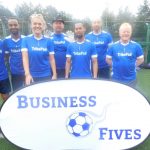 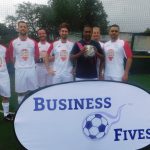 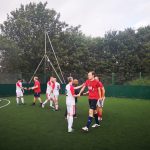 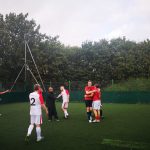 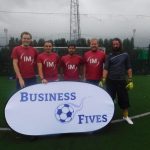 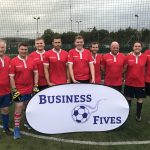 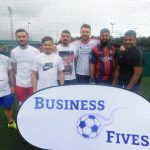 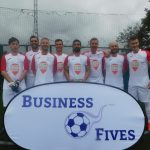 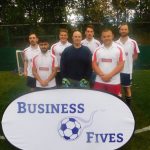 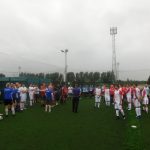 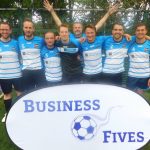 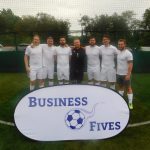 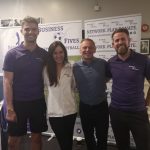