Cranswick won the right to call themselves the first Business Fives Hull champions after their performance in the inaugural Business Fives tournament in the city of culture. Companies made their bid for the qualifying spots to advance to the National final of the five-a-side tournament which will be in Leeds on October 4th.

The events have a charitable aim and the firms at the Hull event that took part displayed their charitable side by raising £1,342 for local charities.  Paragon HDX lifted the trophy for top fundraisers as they raised £505 for Winner – The Preston Road Women’s Centre.  Their efforts will be widely appreciated beyond the football pitch. Other worthy mentions were for Mason Clark Associates who raised £410 for WWF Amazon rainforest emergency appealand 360 Accountants who raised £115 for Paul For Brain Recovery. 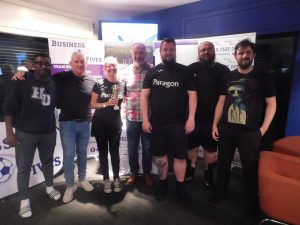 The players were treated to an enthralling post-match debrief and Q & A with Hull legends Dean Windass and Peter Swan who both shared their thoughts on the season ahead as well as funny memories from their playing careers which included playing alongside some true greats and gave an insight into what it is really like being a footballer.

Both Dean and Peter had the tough job picking a man of the match in the final and decided to award the trophy to the player from Cranswick, Gheorghe Hagi, who scored twice in the final to secure the trophy for his side, much to the delight of his teammates and manager watching on. 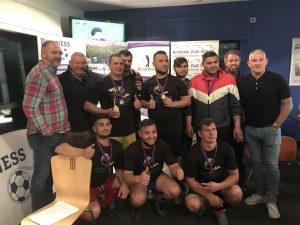 Cranswick took the lead in the final after a fine left footed finish from their star player, Hagi. Straight pushed for an equaliser and had a few chances but were unable to take them. As they upped their search for an equaliser they began to push more men forward and this is when Cranswick struck on the counterattack to double their lead with Hagi getting his second and securing the trophy for his side. Both teams played a major role in one of the entertaining and highly competitive finals of the summer season and we look forward to seeing them both at Nationals on October 4th.

The final qualifying spots went to the finalists of the Europa League with the final being contested between Giacom World Networks and Alan Wood & Partners after they beat Tevalis and Mason Clark respectively. Alan Wood & Partners were the victors by the narrowest of margins as they won on penalties after the game finished 1-1. 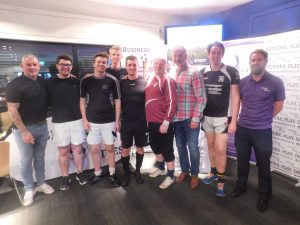 The ladies player of the tournament went to Hallmark Hotels’ Alice Stewart.  Top goal scorer was Josh Johnson from Giacom who scored 17 out of the 185 goals scored in the 38 matches played. 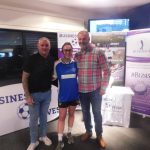 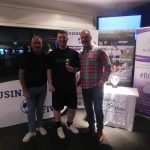 The conclusion of the Hull event nearly wraps up the English qualifiers for the summer season with only events in Manchester and Birmingham to go until the national final left where 32 teams will fight it out to be the first England national five-a-side champions.

The action continues on Thursday September 12thin Manchester and moves to Birmingham before the English national final sees the culmination of the summer season on Friday 4thOctober in Leeds. 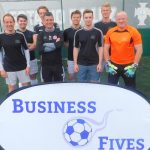 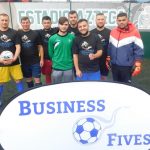 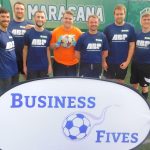 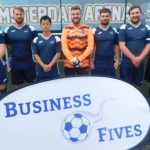 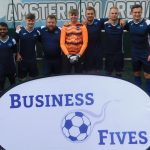 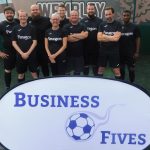 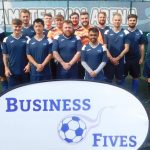 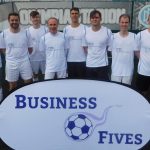 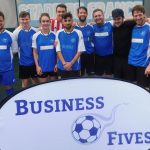 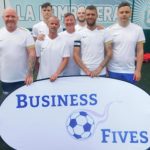 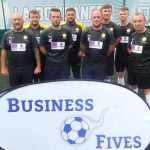 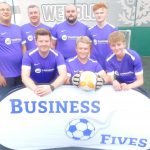 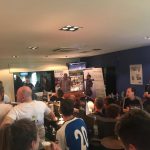 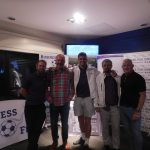 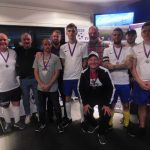 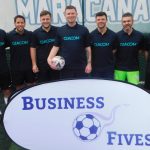 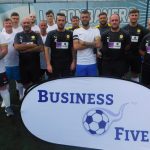 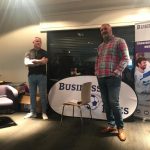 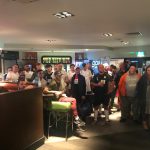 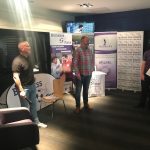 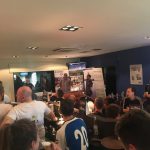 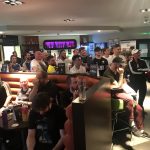 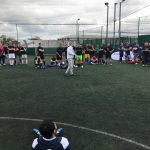 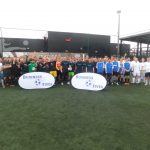