Bidfood won the right to call themselves the first Business Fives Manchester champions after their performance in the inaugural Business Fives event in the Capital of the North. Companies from across Greater Manchester made their bid for the qualifying spots to advance to the English National final of the five-a-side tournament which will be in Leeds on October 4th.

The players were treated to an excellent post-match debrief and Q & A with Manchester United treble winner David May who shared his thoughts on the season ahead as well as funny memories from his playing careers which included playing alongside some true greats. He gave an insight into that famous night in Barcelona back in 1999 and what it was like to work under Alex Ferguson and alongside players like Cantona, Ince, Shearer, Beckham and Keane.

A huge driver behind Business Fives events is their charitable aim and the firms displayed their charitable side by combing to raise £955 for local charities.  Clothes2Order lifted the trophy for top fundraisers as they raised £240 for MacMillan Cancer.  Other worthy mentions were for Advantage Home Construction Insurance who raised £195 for Warrington Animal Welfare and SteamaCo who raised £140 for Back on Track Manchester. After making it into the Champions League semi-finals Bidfood came up against SteamaCo, a match which they won 3-1.  In the other semi-final Advantage Home Construction Insurancefaced off against Cargill for a place in the final. Both these teams had played one another in the earlier stages of the competition, and it was Cargill who won that match. History repeated itself as Cargill defeated Advantage 3-1 after some great saves from their keeper. The consolation for losing their semi-finals for both Advantage and SteamaCo will be to join Bidfood and Cargill in the national final.

Bidfood took the lead early on in the final after a fine run and finish from Anas Abdo. Their lead was then doubled to make it 2-0. Cargill pulled one back to half the deficit but as they pushed forward looking for an equaliser Bidfood punished them twice more to make the score 4-1 and seal the trophy for the team. Both teams played a major role in one of the entertaining and highly competitive finals of the summer season and we look forward to seeing them both to Leeds. David May had the tough job picking a man of the match in the final and decided to award the trophy to the player from Bidfood, Anas Abdo. The final qualifying spots went to the winners of the Europa League with the final being contested between OpenMoney and Clothes2Order after they beat Lloyds Bank and CBRE respectively. OpenMoney were the victors by the narrowest of margins as they won on penalties after the game finished 4-4. The top goal scorer was Ahmed Ramadan from Bidfood who scored 12 out of the 132 goals scored in the 24 matches played.

The conclusion of the Manchester event nearly wraps up the English qualifiers for the summer season with only the Birmingham event to come ahead of the national final where 32 teams will fight it out to be the first national five-a-side champions of England. 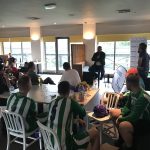 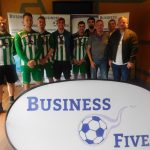 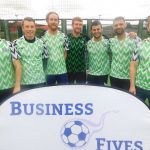 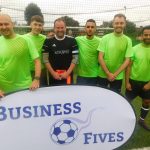 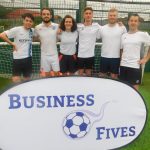 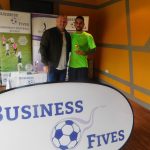 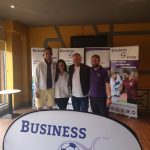 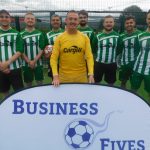 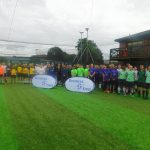 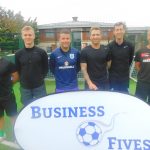 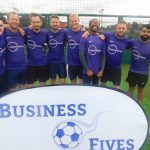 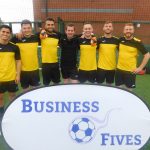 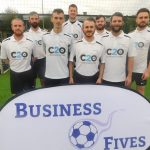 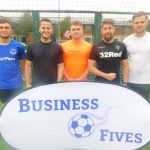