The January instalment of Business Esports saw companies from across the UK assemble their gaming squads online to take part in the corporate charity esports event sponsored by Ethos Integration Solutions.

The corporate gamers were spread from Portsmouth to Inverness and everywhere in between all combining to raise £3,319 for charity causes with the Business Esports donations being split between 7 different charities through the various tournament strands.

It took 102 matches 21,760 kills and 1,526 goals across the Call of Duty and FIFA 21 Tournaments to separate the teams and eventually determine the winners with the action spread out over the course of 4 evenings to minimise disruption to normal working hours.

Alongside having the opportunity to win the Business Esports donation for their chosen charities, companies taking part were encouraged to raise funds for their chosen charities throughout.  Competition was fierce for the top fundraiser accolade with SCC finishing 3rd having raised £470 for Walk Once More, in second place it was the Firesprite team who raised £595 for Papyrus while Superscript raised a whopping £929 for Meal A Day to scoop the title.

With the majority of companies taking part in the Call of Duty Modern Warfare 19 section the fixtures came thick and fast for the gamers as they bid to become national esports champions.  With three separate tournament strands, teams initially played group matches for position to go into either the elite, prestige or professional section knockouts. 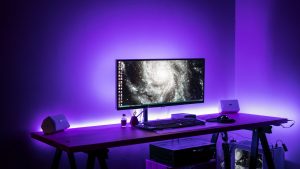 Making their way to the semi finals of the elite section were teams from KPMG, SCC and previous finalists Silverchip and Brawband, part of HighNet.  History was to repeat itself and the stage was set for a revenge match between reigning champions Silverchip and the Brawband team.  Both captains once again sportingly agreed to split the charity prize donation between both charities in what was a gesture testament to the spirit in which the corporate charity esports event was played.  The Christie in Manchester and the Highland Hospice received equal share of the £500charity prize.

Spectators watched on as the action on the battlefield was intense in a spectacle befitting of the tournament as a whole, it was the Brawband team who raced into a lead conquering the Search & Destroy objective map on Arklov Peak.  The action ebbed in flow in the Team Deathmatch on Azhir Cave with the Brawband team eventually overpowering the Silverchip team to win without the need for the deciding Hardpoint round.  You can relive the action from the final on the Business Fives YouTube channel here.

In the Prestige section Novatech overcome FluidOne to set up a final against game developers Rockstar North who beat Nexus Open Systems.  Novatech eventually brought home the donation for Solent Mind after what was a really close encounter between the sides.

Over in the professional section, Personify XP beat the Superscript Rogue Brokers team who had won their inter company derby in the quarter final tie to progress to the final.  The Personify XP team came up against ShipServ who’s participants were spread across two continents as team members from London, Manilla and Greece joined forces. It was the international team who eventually won the Professional section prize fund playing in support of the Climate Change Fund.

Sponsors Ethos Integration Solutions made their way to the semi finals of both the XBOX and PlayStation strands of the FIFA 21 event and winning a donation for their chosen charity, MIND, in the process.  They overcame Mills & Reeve in the PS section but 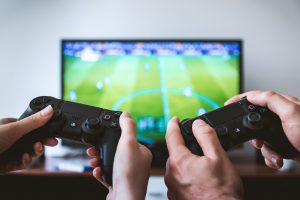 couldn’t repeat the feat in the xbox section to reach the finals.  That win set up a showdown with tournament favourites and London based Incipio Group who lived up to their billing and won the donation for Only a Pavement.

In the xbox section Mills & Reeve managed to win their final against Carfinance247 after overcoming LexisNexis Risk Solutions as they won a donation for the Birmingham Womens Hospital.

Highland Hospice Corporate Fundraiser Karen Duff said, “Thank you so much to HighNet for choosing to support Highland Hospice in this tournament – and to Silverchip for kindly offering to split their winnings between the charities.

We appreciate this so much, especially during this tough time where all of our fundraising events have been cancelled.”

Business Esports Founder, John McClarey said “We thoroughly enjoyed the buzz of hosting the event last week and there has been a real buzz on social media and in the online player channels.  We thoroughly enjoyed following the action and there was some real quality on show with all the winners fully deserving of taking home our donation for their chosen charities.”

To find out more and get your company involved in the upcoming corporate charity esports event in March click here.

PS FIFA Champions – £150  Incipio playing for Only a Pavement